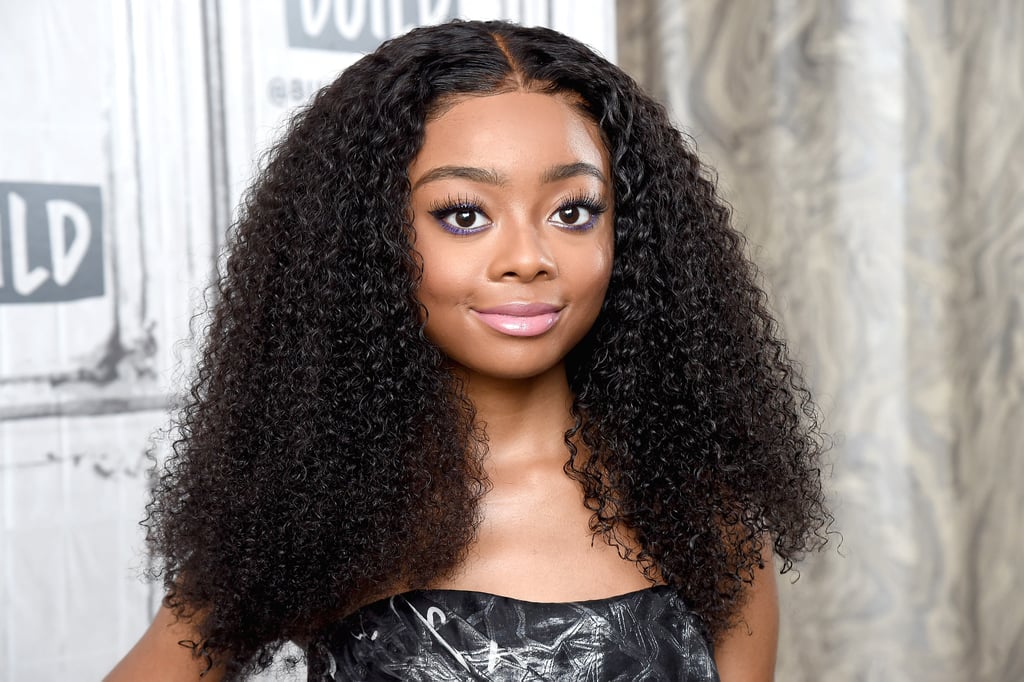 At just 18 years old, Skai Jackson has already made a splash in Hollywood. The actor — who's currently competing on season 29 of Dancing With the Stars — first made her debut at age 5 in the 2007 film Liberty Kid, and since then, she's made appearances on a handful of TV shows and movies, including Royal Pains, Arthur, The Smurfs, G.I. Joe: Retaliation, K.C. Undercover and Dora the Explorer.

However, her biggest role to date is Zuri Ross on Disney's Jessie and Bunk'd. In fact, her portrayal of Zuri earned her a nod for outstanding performance by a youth in a series, special, television movie or limited-series at the 2016 NAACP Image Awards. And if that wasn't enough, Jackson is also a published author. In 2019, she released her very own memoir titled Reach for the Skai: How to Inspire, Empower, and Clapback. As we continue to cheer for Jackson on DWTS, take a look at some of her best roles ahead.

Netflix
Karla Souza Says She Insisted on Doing Her Own "Day Shift" Fight Scenes: "I Don't Want Any Doubles"
by Njera Perkins 7 hours ago