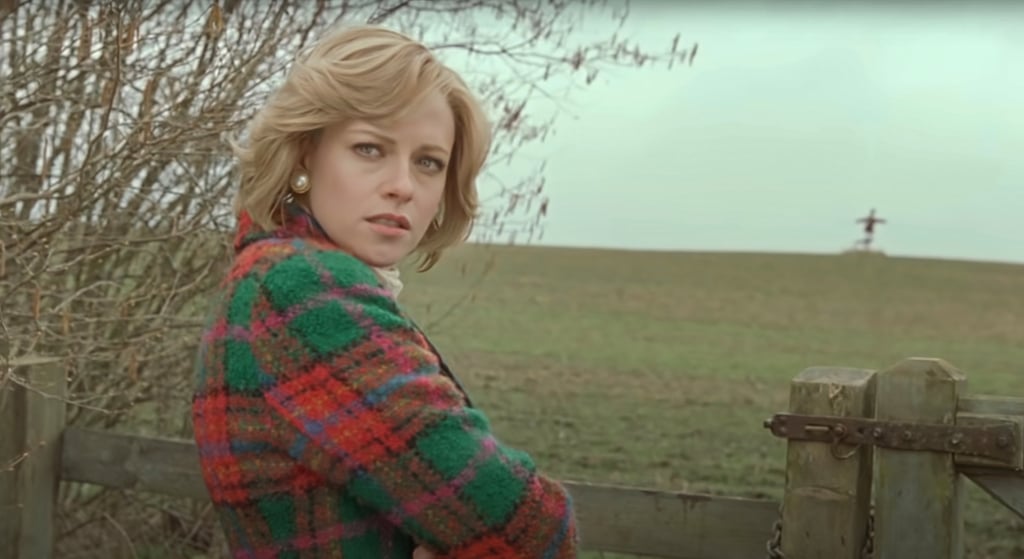 Pablo Larraín's Spencer, starring Kristen Stewart as Princess Diana, may be rooted in fact, but the movie takes plenty of creative liberties for the sake of good cinema. The film takes place over Christmastime in 1991 as Princess Diana and Prince Charles's turbulent marriage and the resulting drama come to a head. And though much of this happened (the royal family do celebrate Christmas at Sandringham in Norfolk, England, and Diana and Charles did separate around this time), some of the movie is fictionalized. There are even more tidbits in the movie that happened, just not necessarily during this time period. However, for the sake of the story, many of the dark parts of Diana's life are condensed into this particular holiday. Ahead, find eight times the movie deviates from real life — whether it's a total fabrication or just bending the truth.

Related:
Take a Look Back at All the People Kristen Stewart Has Dated
Previous Next Start Slideshow
Kristen StewartThe RoyalsMoviesPrincess DianaSpencer

The Royals
Prince Harry Jokes About His and Meghan Markle's NYC "Date Night": "We Don't Get Out Much"
by Noelle Devoe 10 hours ago