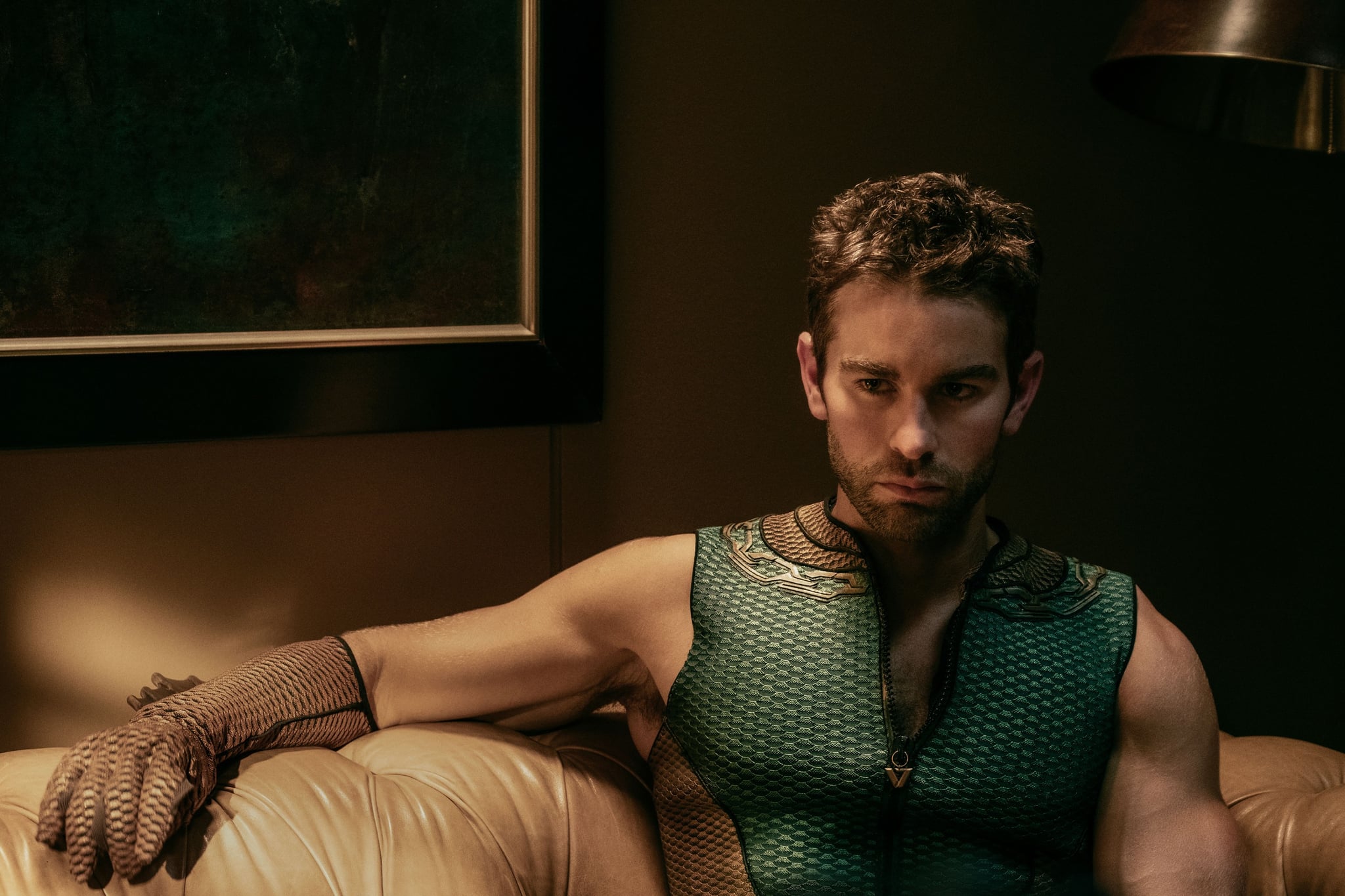 If you thought The Boys couldn't top The Deep's dolphin escape scene from season one, you were wrong. In an effort to rejoin The Seven, The Deep decides to see what the Church of the Collective is about and takes some hallucinogenic tea from fellow super Eagle. It's while The Deep is tripping out that his gills spring to life and start talking to him about his body-image issues. The Deep does everything he can to get his gills to shut up, and in a last-ditch effort for The Deep to listen, his gills start to serenade him with "You Are So Beautiful" by Joe Cocker. The Deep soon joins in and we are left watching his vulnerable side as he sadly sings the song.

What really sells the scene is the fact that The Deep's gills are voiced by comedian Patton Oswalt. During a roundtable, Chace Crawford (who plays The Deep) said that shooting the scene was "bizarre" because they shot things out of order. "We didn't shoot that scene when we were shooting that episode," Crawford explained. You can catch the scene for yourself below or in season two's second episode, "Proper Preparation and Planning," which is streaming now on Amazon Prime.