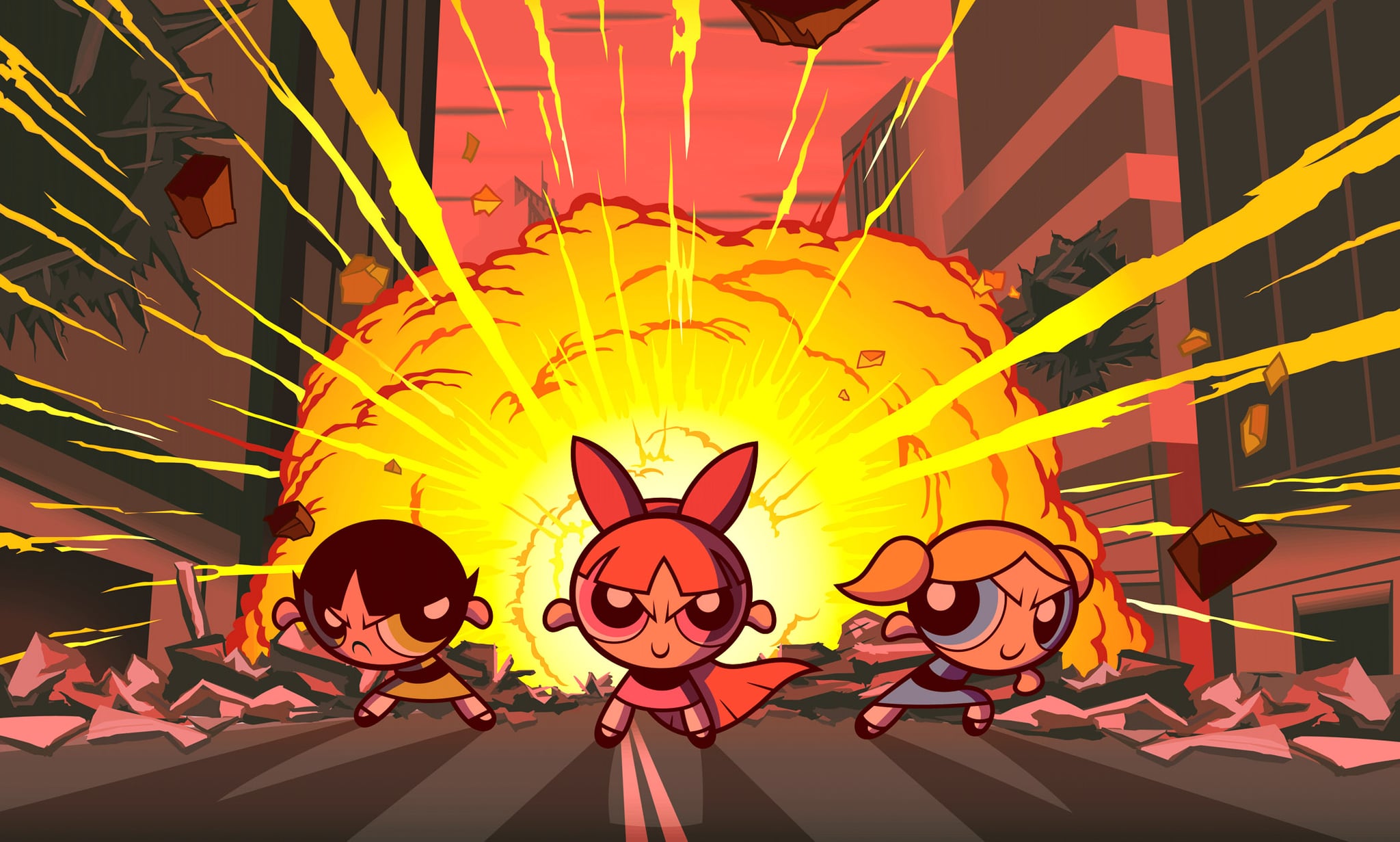 Another day, another reboot. This time, The CW is turning the Cartoon Network classic The Powerpuff Girls into a live-action series focused on the trio of pint-sized superheroes as disillusioned twentysomethings. The series, penned by Diablo Cody, will star Agents of S.H.I.E.L.D.'s Chloe Bennet, Descendants' Dove Cameron, and Jagged Little Pill Yana Perrault as Blossom, Bubbles, and Buttercup, respectively. According to Deadline, the show will follow the sisters as adults who resent having lost their childhood to crimefighting and now face the challenge of reuniting when that the world needs them more than ever.

There are several elements of this pilot that raise concerns, and it's not just the question of do we even need this because the answer is a hard and fast no. But since it's happening anyway, I'd like to understand how the surrealness of The Powerpuff Girls will translate to live-action. The girls regularly fought a talking monkey who called himself MoJo JoJo and dealt with villains like (the iconic) HIM, Sedusa, and the Gangreen Gang — are we seeing them onscreen? Since Greg Berlanti serves as an executive producer, does this mean they're going with an aesthetic akin to The Flash? It would help with the supervillain elements. Has The CW taken the time to reevaluate how they approach Black characters and work with their actors? Who is going to play Professor Utonium? (They better not kill him!)

We don't have the answers to any of these just yet, but we do have the trio's description already set in stone. Bennet's Blossom Utonium is dealing with repressed kiddie-superhero trauma that's left her feeling anxious and reclusive, and she aims to become a leader again — this time on her terms. Cameron's Bubbles still sparkles as an adult, but her charming exterior belies an unexpected toughness and wit. She's initially more interested in recapturing her fame than saving the world, but she might surprise herself. Perrault's Buttercup is more sensitive than her tough exterior suggests, and she's spent her adulthood trying to shed her Powerpuff Girl identity and live an anonymous life.

Since Cody has done stellar work with the "disillusioned but trying to make it work" trope before, I have high hopes that the writing won't let us down. But — and I hate to sound like a broken record of a hater — we didn't need a Powerpuff Girls reboot. There's enough for an original idea, hidden deep within the recesses of this reboot, that could have made a great new show without attempting to cash in on our love for nostalgia! But we'll be here, waiting to see how it ends up and hoping to be proven wrong.

Ghostbusters
The "Ghostbusters: Afterlife" Sequel Has a Release Date
by Njera Perkins 2 days ago