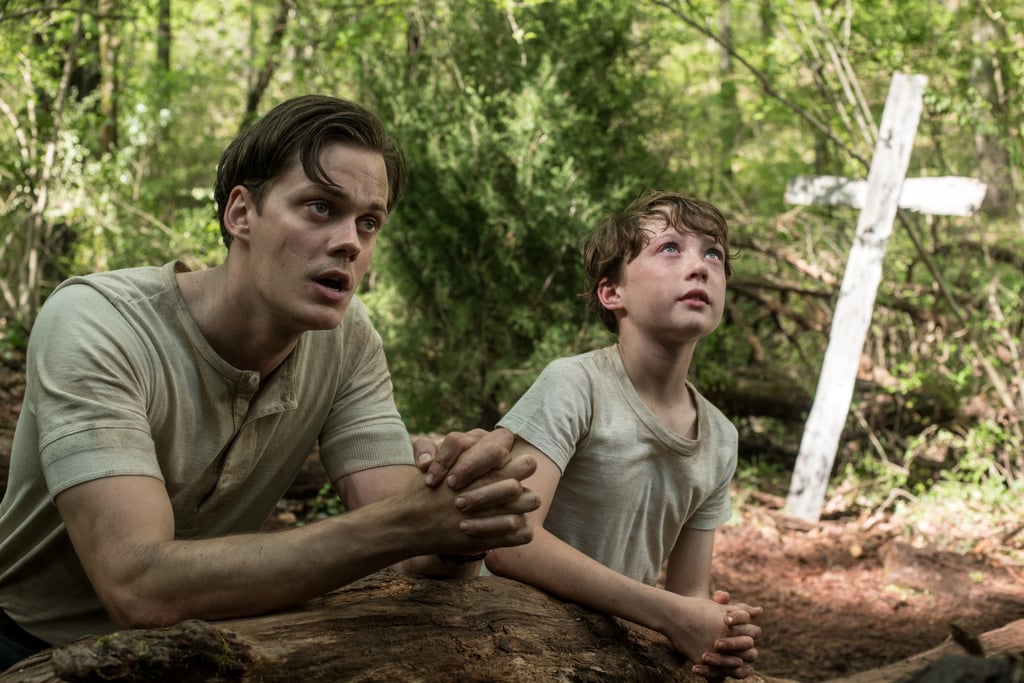 Music can really set the tone of film, and with Netflix's The Devil All the Time, the curated soundtrack truly transports the viewer into an Appalachian mystery. The movie, based on the 2011 novel of the same name, follows a variety of violent and "disturbed" people from the end of WWII to the start of the Vietnam War. In an interview with Rolling Stone, director Antonio Campos discussed how important the music was to the interconnected plot. "[We] worked tirelessly on the music in the film. Not only [to] set the mood but [to] define our characters and set us in a specific place and time."

Musician Pokey LaFarge, who plays Roy Laferty's cousin Theodore, was asked to join the cast after previously working with the movie's music supervisor Randall Poster. "Recording the tunes for the film was special for me, as bluegrass and mountain music were what I cut my teeth on when I first started playing music. It was full circle," LaFarge recalled when asked about working on the film. He sings two songs on the soundtrack, "Washed in the Blood," which is seen in the film, and "Banks of the Ohio," which plays over the end credits. Although you may not have been familiar with these songs prior to watching The Devil All the Time, by the time you're done scrolling through the list ahead, a couple may just make it into one of your playlists.

Related:
It's Time to Unpack the Violent Ending of Netflix's The Devil All the Time
Previous Next Start Slideshow
NetflixMusicMoviesMovie SoundtracksStreamingThe Devil All The Time