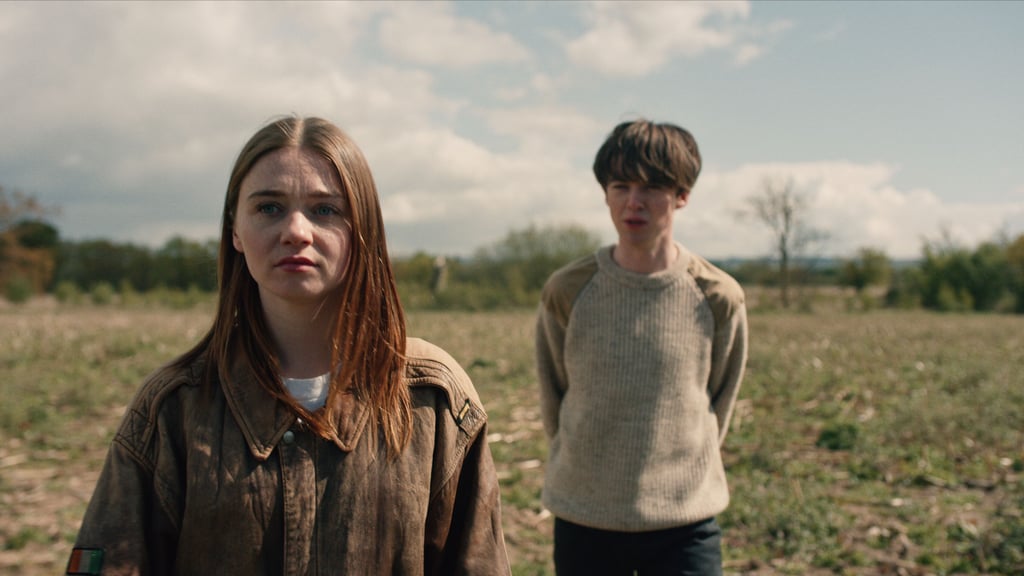 The End of the F***ing World Season 2 Drops This November, and We're Worried About James

The End of the F***ing World returns to Netflix on Nov. 5, and we're full of questions about what the series's second season will include. After the shocking finale of season one, the fate of a main character is in serious question. And since the show has covered the entirety of the storyline from the Charles Forsman graphic novel it's based on, literally anything goes for season two.

When the British drama premiered back in January 2018, it took viewers on a wild adventure with two misfit teenagers who decide to ditch their homes and go on a road trip. James is a self-proclaimed psychopath who initially plans on killing Alyssa at some point along their adventure, and Alyssa is a soul-weary young woman, laden with rebellion and angst. Somehow, the two develop feelings for each other, murder a serial rapist, and Bonnie and Clyde their way to the coastline before they're discovered by the police. Don't even get me started on that cliffhanger!

Netflix first announced that the second season will premiere in November, as well as dropping our first look at Alyssa and a brand-new character. Then on Oct. 8, the Nov. 5 streaming date was released along with another photo of Alyssa, in what looks like either a wedding dress or a prom dress. It's worrying that there's no hide or hair of James to be found, but it's not as if Netflix would spoil his fate so early. We'll have to wait for more details as we get closer to the premiere, but until then, check out the released photos ahead, as well as some theories we have on what could be going down.