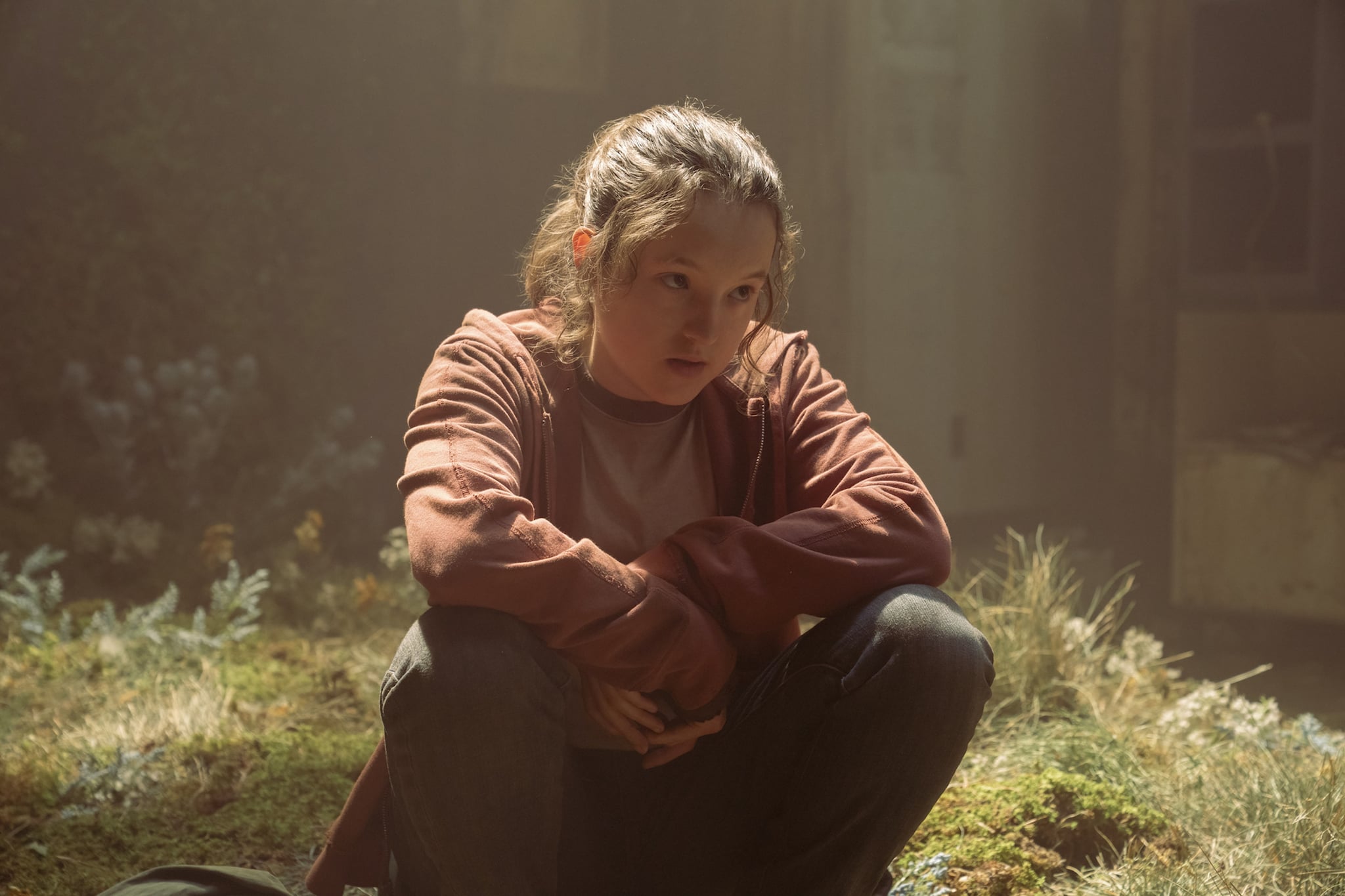 HBO's new series "The Last of Us," which premieres Jan. 15 on HBO, is one of the most audacious video-game adaptations ever. The show is based on the video game of the same name, released in 2013, plus the expansion game, "The Last of Us: Left Behind," released a year later. That game follows Joel, a survivor in a postapocalyptic America, where a mutant Cordyceps fungus has infected most of the country, turning them into zombie-like creatures known as the infected. Set in 2033, Joel is tasked with smuggling a young girl, Ellie, across America because she could contain the secret to a vaccine, treatment, or cure.

The new series, which stars Pedro Pascal as Joel and Bella Ramsey as Ellie and was created by Craig Mazin and Neil Druckmann, does make some changes to that setup. In the series, the infection starts spreading in 2003, and the show is set primarily in 2023. And after two episodes, it's made changes to character relationships, situations, and deaths. Mazin has also promised the series will not exactly follow the plot of the game, with some new or expanded characters in addition to other divergences. But if you're curious about what happens in the game, we've got you covered. Read what happens in the "Last of Us" video game, with full spoilers. And if you're looking to find out what happens in "The Last of Us Part II," the game's sequel, you'll have to wait for season two.

Players meet Joel; his 12-year-old daughter, Sarah; and his brother Tommy. They live in Texas, and at the start of the game, the Cordyceps fungus has begun to infect people in their home state. The trio try to escape in a car but get into a car accident. They make their way through other escapees and the infected on foot, but Sarah injures her leg in the accident, so Joel has to carry her. They come across a US Army soldier who's ordered to kill them, lest they spread the infection. He shoots and kills Sarah, but Tommy kills the soldier before he can get Joel, too. The loss of his daughter forever changes Joel.

In the future, the American government no longer exists. Instead, every city is a militarized forced-quarantine zone. The main resistance force is the Fireflies, who want to reinstate the government. "Remember, when you're lost in the darkness . . . look for the light" is their slogan. The quarantine-zone government will snatch suspected Fireflies seemingly randomly, while the Fireflies will also sporadically fight back.

Joel and his partner, Tess, are smugglers living in Boston's highly militarized quarantine zone. They're hunting down Robert, who stole a weapons cache. When they find him, he reveals he sold it to the Fireflies. Tess kills him.

When they find Marlene, the Fireflies leader, she says she will double their cache if they smuggle Ellie, 14 and an orphan, to Fireflies hiding outside the quarantine zone. Marlene also reveals that she used to be close to Joel's brother, Tommy, who was a Firefly. Tess and Joel ultimately agree to the deal but quickly learn that Ellie was previously bitten. But Ellie says it happened three weeks ago; symptoms usually take just two days to occur. Ellie is seemingly immune. Marlene, she says, thinks Ellie's biology could contain the secret to a cure and wants her to be sent to a lab out west.

What Happens to Tess in "The Last of Us" Video Game

Tess, Joel, and Ellie make their way through the zombies outside the quarantine zone to where the rest of the Fireflies are hiding out. But when they arrive, the Fireflies are all dead. Tess reveals that she was bitten during their journey, and she sacrifices herself to distract incoming soldiers so they can get away. Joel decides to try to find his brother, who could help him locate more Fireflies.

Bill and Frank in "The Last of Us" Video Game

Joel goes to another smuggler, Bill, in Lincoln, MA, who owes him a favor, and together they get enough materials — while fighting off zombies — to fix up a working car. Bill warns Joel about the dangers of getting close to anyone in their world, but Joel brushes him off. Joel learns that Bill and his partner, Frank, had a falling out, and Frank died by suicide. Together, Ellie and Joel make it as far as Pittsburgh before they're ambushed, and their car is destroyed.

Sam and Henry in "The Last of Us" Video Game

The pair seem to get a lucky break when they meet and ally with two brothers, Henry and his younger brother, Sam. They take on the bandits together and escape outside the quarantine zone. But soon, Sam attacks Ellie, having secretly been bitten. Henry kills Sam, and, unable to live with himself, he kills himself, too.

Fall in "The Last of Us" Video Game

The game jumps to the fall, where Ellie and Joel make it to Tommy in Wyoming. He lives in a strong, guarded settlement with his wife, Maria. Joel wants to leave Ellie with Tommy, who would bring her to the Fireflies so that he can move on, but Tommy refuses. Ellie confronts Joel about Sarah and how losing his daughter has left him afraid of getting close to her, telling him they've been through loss. He agrees they will stay together, and Tommy tells them they can find Fireflies at the University of Eastern Colorado. But Tommy doesn't know that the Fireflies have moved to Salt Lake City. Joel finds a recording made by a now-dead doctor that says everything they were doing was a waste of time. Then Joel and Ellie are attacked by bandits, leaving Joel wounded.

Winter in "The Last of Us" Video Game

Ellie takes care of Joel in the mountains and tries to keep him alive. As she looks for food, she meets two scavengers, David and James, who say they have medicine. Ellie doesn't trust them because they're in the same group as the bandits who wounded Joel. She tries to keep them from finding Joel, but David kidnaps her instead and reveals his group are cannibals. She manages to kill James only to be attacked by David. She gets a hold of his machete and uses it to kill him just as Joel arrives to rescue her.

Spring in "The Last of Us" Video Game

Joel and Ellie make it to Salt Lake City, where they're quickly captured by Firefly patrol. Joel is reunited with Marlene, who tells him they will do surgery on Ellie. They need to remove the infected part of Ellie's brain to see if it will help them make a vaccine, which will kill her.

Joel is furious. He breaks into the operating room, kills the surgeon, and grabs the still-unconscious Ellie. As they escape, he kills Marlene, hoping to stop the Fireflies from ever finding them again. Ellie wakes up in the car as they leave the city, and she wonders what happened. He tells her that the Fireflies found lots of immune people but all their attempts to make a cure failed, so they gave up. Ellie asks if he's really telling the truth, and he promises he is.

"The Last of Us: Left Behind" Spoilers

The expansion game, "The Last of Us: Left Behind," follows Ellie at two different points. One is three weeks before the game's events, where she and her friend Riley spend time in an abandoned mall in Boston. Riley had run away from the military school they were both sent to and joined the Fireflies, but she sneaked away from them to spend time with Ellie one last time. Ellie begs Riley not to leave, and they share a kiss, only to be attacked by the infected. Both are bitten. They decide to spend their last hours together. Presumably, Riley becomes one of them, while Ellie learns she's immune.

The other half of the game takes place during the "Winter" section of the game, when Ellie is taking care of Joel. She explores an abandoned mall in Colorado to find medical supplies for Joel and ultimately treats his injuries.

Sam Smith
Kim Petras on Being the First Trans Woman to Win Best Pop Duo at the Grammys: "Labels Matter"
by Eden Arielle Gordon 5 hours ago