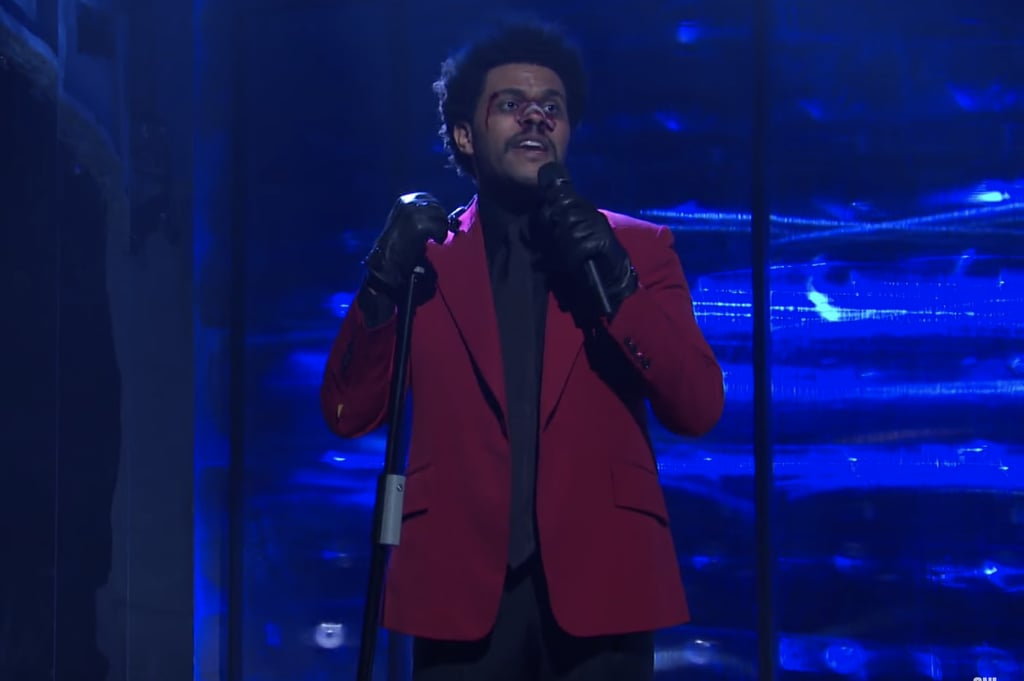 Don't worry, you're not the only one who got goosebumps from watching The Weeknd's Saturday Night Live performances. On March 7, the 30-year-old star took the stage to sing the recently released "Blinding Lights" and debut his new song, "Scared to Live." Sporting a red suit, The Weeknd showed off his vocal chops and multigenre style as he went from an upbeat jam in his first set to a slowed-down track with his latest tune. And, in case you're wondering, he wore bloody makeup and a nose bandage to promote his short film, After Hours, which premiered on March 4. His fourth studio album of the same name is set to drop on March 20, and it will feature the tracks from his SNL staging. Look ahead to watch him wow the audience with his range!