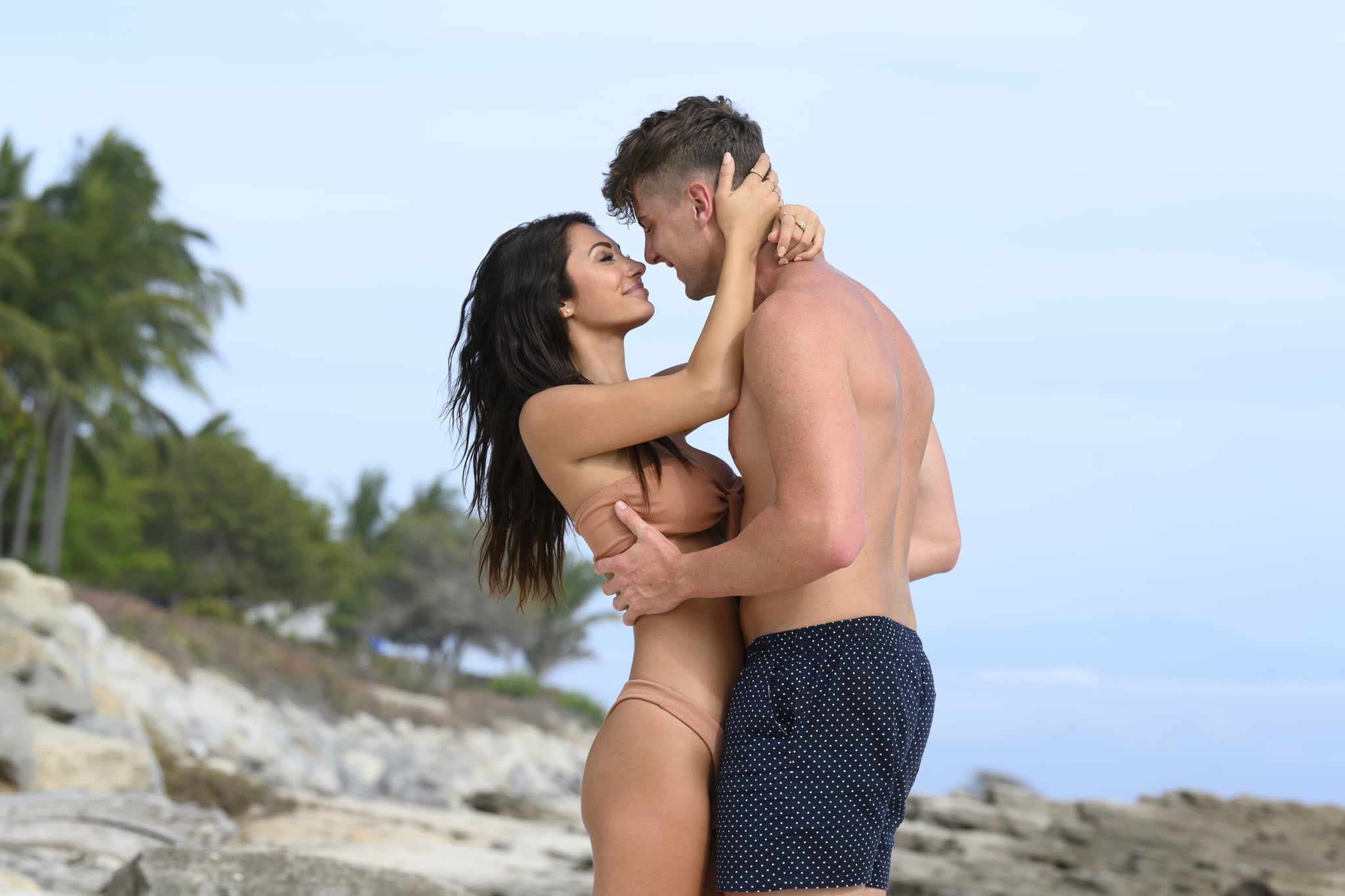 Things between Francesca Farago and Harry Jowsey are getting serious! So serious, in fact, that they got engaged! And of course, they did so during the Too Hot To Handle reunion, where we could all celebrate alongside them. While updating everyone on their relationship after appearing on Netflix's horniest reality show, Harry got down on one knee and virtually proposed to Francesca with a Ring Pop. It wasn't a traditional proposal by any means — apparently, Harry hadn't rehearsed the moment at all and popped the question by asking, "Do you wanna do this thing? Do you want to get married?" — but no one was surprised when Francesca said yes!

"Harry knows I want to marry him, so yes, of course," she said, to the cheers of narrator Desiree Burch. Since the two are currently quarantined apart in Los Angeles and Vancouver, British Columbia, Canada, they'll have to wait for things to reopen before they start moving in together and shopping for rings, but we're excited to see how the wedding planning goes!

The couple had been debating tying the knot for a while, especially so they can be together during the coronavirus pandemic quarantine. In a recent interview with Captial FM, Francesca said that it's been hard being away from Harry since she's in Canada and he's in the US.

"It's been really hard because I haven't seen him since the beginning of March," she said. "If this quarantine goes on for another few months, that's just a really long time without seeing the person you care about the most. And if that's our resort — obviously, I want to marry him — we'll celebrate later with our friends, but if that's the only way I can get him to Canada is to do the online marriage, we're honestly debating it."

Francesca also spoke about her future plans with Harry, saying she wants to have kids and raise a family together in Canada or his native Australia. "I'll just move to wherever he wants to be. I don't really care at this point," she said. "I'm obsessed with him. It's a problem."

Related:
10 Behind-the-Scenes Secrets We Just Learned About Netflix's Too Hot to Handle

Francesca and Harry have been together for a year now, though they briefly split to "regroup." "We needed that little break, but since that little break it's just been amazing," Francesca explained. Obviously, it's so amazing that they're tying the knot! We are already imagining "Save the Date" stationery with naughty little possums.

Meghan Markle
Meghan Markle Reacts to Abortion Ruling: "What Happens With Our Bodies Is So Deeply Personal"
by Yerin Kim 1 hour ago

by Jenny Sugar 27 minutes ago