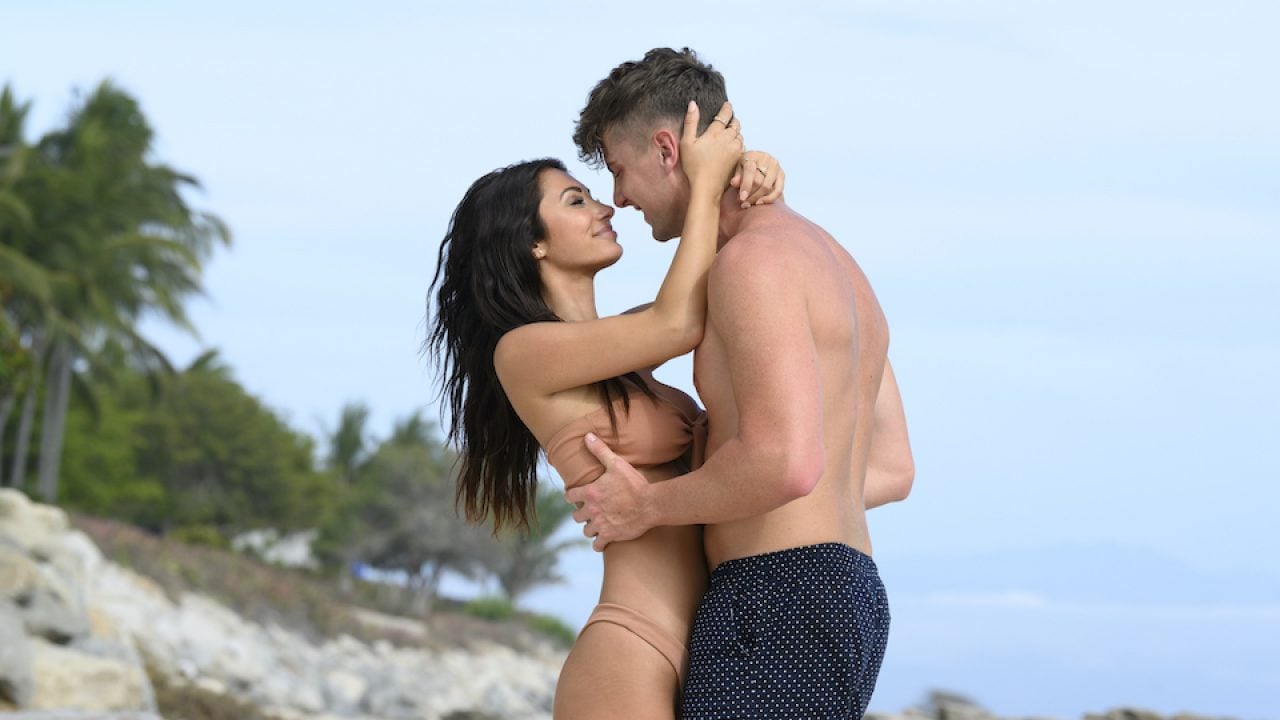 Whether you love 'em or hate 'em, there's no denying that Too Hot to Handle's Harry Jowsey and Francesca Farago had a connection from the very first episode. Their relationship was certainly tested, like when Harry told the guys that Francesca kissed him (when it was really the other way around) and when Francesca was tempted by both Kelz and Kori to stray. However, the two always found their way back together. By the end of the season, the couple had exchanged I-love-yous and talked about moving to Vancouver (where Francesca is from) together. Here's the question: did they actually stay together?

Unlike Love Is Blind, Too Hot to Handle sadly has not been granted a reunion special (at least, not yet), but the couple recently confirmed to Us Weekly that they are still together. "He lived in Australia after filming, and then we were together [and] he came to visit me [in Vancouver]," Francesca told the publication. "And then we went to the East coast to visit my family. He met my parents, he met my Nona, he met all my friends. And then I went to Australia a few weeks later to meet his family. So that's been great."

Though they had a brief split to "regroup," they are still going strong and plan on reuniting in LA once the quarantine is done. "He was planning a big move to LA so we had a little bit of a break, and then when we got back together, it's been easier because he obviously lives a two-hour flight away now instead of on the other side of the world," she said. "Unfortunately, now, we're not quarantined together because I can't be in the states and he can't be here. So we're apart until this is over. So that's been really difficult, but we're just looking forward to when this is finally all done, we can finally move in together and get a few dogs, maybe a cat."

The biggest test of Harry and Francesca's relationship came during their second night in the private suite, when they were given a chance to earn back the $32,000 they collectively lost. The challenge: no touching whatsoever. Despite everyone's doubts (and their own temptations), Frarry were able to spend a night together without any hanky-panky, making Lana (the cone-shaped virtual assistant who plays Big Brother on the series) proud. Only time will tell whether this couple is in it for the long haul, but we have a pretty good feeling about these two lovebirds.

Stranger Things
You May Have Missed Suzie From "Stranger Things" in This Pivotal "PLL: Original Sin" Role
by Noelle Devoe 9 hours ago