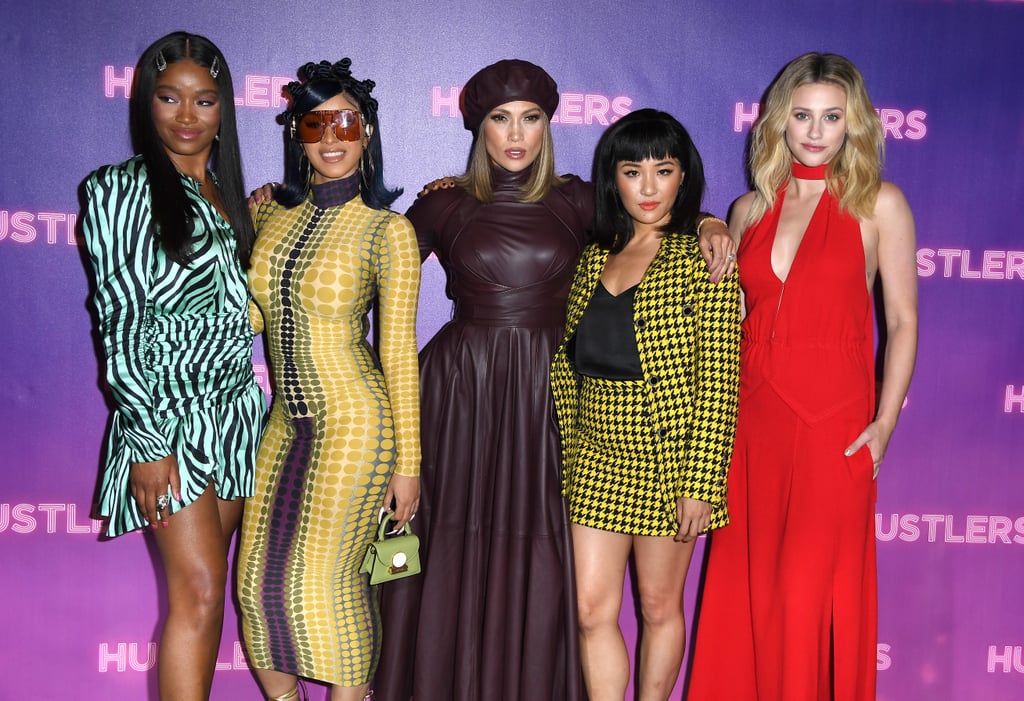 A group of unsuspecting tourists were in for a treat when Jennifer Lopez and Keke Palmer jumped aboard their double-decker bus on Monday afternoon. The Hustlers actresses surprised fans and treated them to a sing-along of costar Cardi B's hit single "Money" as they cruised through the NYC streets.

It's no surprise that Lopez has the lyrics on lock since: A) the song is featured prominently in the incredible Hustlers trailer and B) her song "Dinero" (which she also sang with Cardi) sends a similar message. When Lopez talks, sings, or raps about money, I listen — just one look at her net worth and you'll understand why.

Lopez leads the Hustlers cast, which is made up of Palmer, Cardi, and several other talented actresses, including Lili Reinhart, Constance Wu, and Julia Stiles. The movie's plot is based on a true story and follows former strippers as they con their Wall Street clients out of thousands of dollars. Lopez and Palmer gave their new tourist friends a sneak peek of the film on Sept. 9, but the rest of us will have to wait until Sept. 13 to see all the drama go down.

Insecure
Insecure: The Song From *That* Season 5 Premiere Breakup Has Me Deep in My Feelings
by Victoria Messina 8 hours ago

Insecure
6 of Natasha Rothwell's Best Roles, Because She Understands the Assignment Every Time
by Naledi Ushe 10 hours ago

Holiday Movies
Yes, You Can Watch Hallmark Christmas Movies Without Cable — Here's How!
by Amanda Prahl 11 hours ago

Movies
Amazon Is Releasing a Doc About Kid Cudi's Career, and It Includes Some Star-Studded Appearances
by Kelsie Gibson 12 hours ago

Netflix
Lauryn Hill Is Dropping a New Song on The Harder They Fall's Soundtrack, and We're Hype About It
by Njera Perkins 13 hours ago

Ed Sheeran
Ed Sheeran Is a Lyrical Genius, and His Tiny Desk Concert Is Proof
by Princess Gabbara 13 hours ago