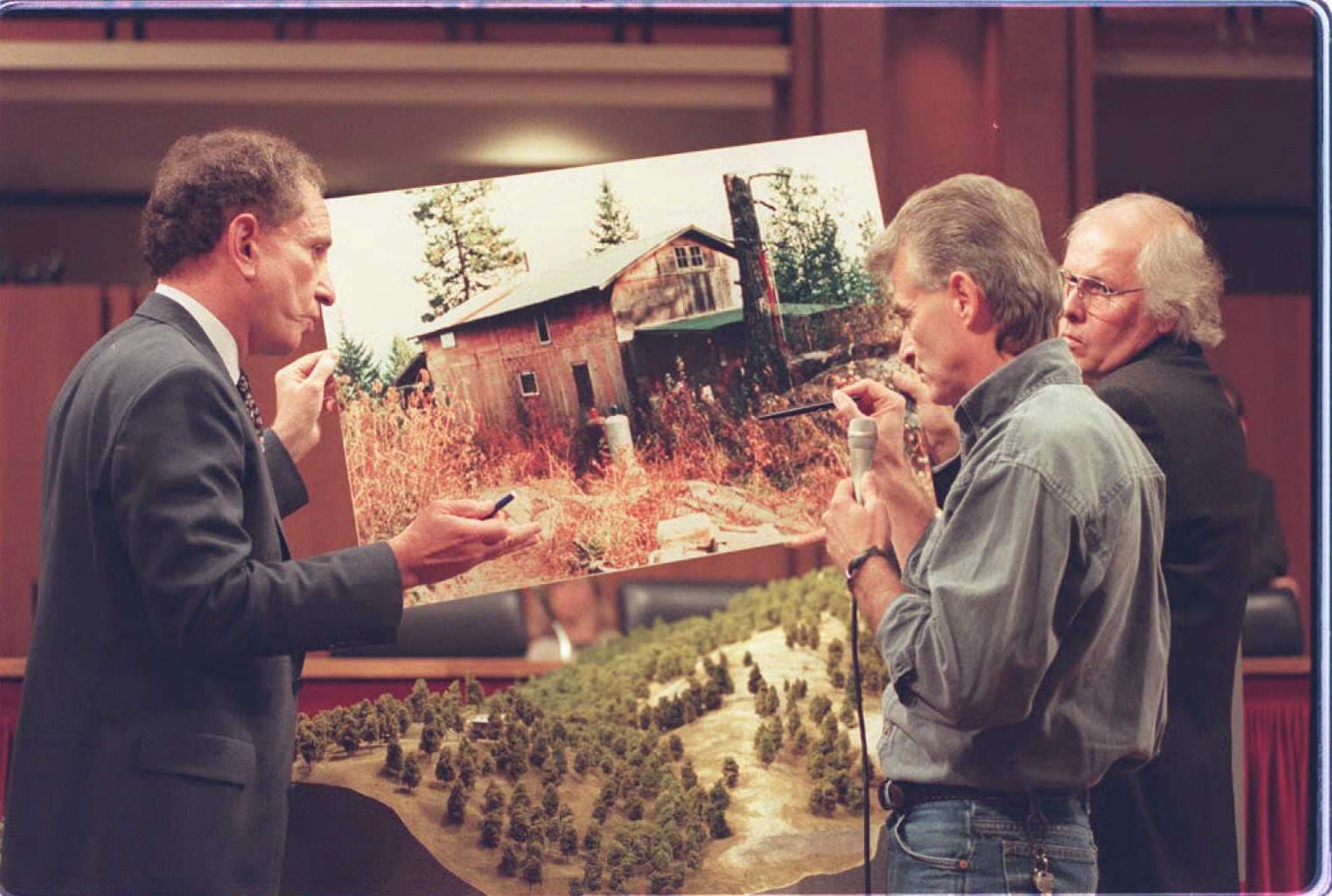 The first episode of Paramount Network's Waco, now streaming on Netflix, primarily takes place in Ruby Ridge, ID, where in 1992, an 11-day standoff between the FBI and the Weaver family took place. The Weavers lived in seclusion in the hills of Idaho, and the siege, which is largely considered a botched situation resulting in unnecessary deaths, set the tone for what was to come in Waco the following year. Here are the details on what went down in Idaho.

Before the Ruby Ridge Siege

The Weaver family, who were at the center of the FBI standoff in 1992, moved into the home in Ruby Ridge, ID, in the 1980s and largely kept to themselves. Former US Army engineer Randy, his wife, Vicki, and their children moved from Iowa to Idaho to the remote cabin but spent some time at a nearby compound of Aryan nationalists. Though, according to ABC News, the family weren't officially members of the Aryan Nations, they did share the beliefs of the white nationalist group.

Related:
Waco: David Thibodeau Really Did Survive the Standoff, and Here's Where He Is Today

The Cause of the FBI Standoff

While at a meeting of the Aryan Nations, an ATF informant purchased illegal sawed-off shotguns from Randy Weaver. ATF tried to get Weaver to become an informant, and at one point after he refused, the authorities arrested him on weapons charges. Weaver was given a court date, but when he didn't show up, a bench warrant was issued for his arrest. Weaver never appeared in court, and after repeated attempts at negotiating with him to surrender, the authorities crafted a plan for a stealth operation to scope out the property. Six US Marshalls went to surveil Weaver's property on Aug. 21, 1992, beginning what turned into a deadly 11-day standoff.

The Siege at Ruby Ridge

The early events of the siege have been commonly disputed over the years, but authorities were spotted by the Weavers' dog, which clued the family in to what was happening. The Weavers and the authorities exchanged fire quickly, resulting in the death of Weaver's son, Sammy, who was 14 at the time, and one of the authorities, Bill Degan.

The Weavers retreated to their cabin to hide out, and according to The Guardian, FBI backup was called in the next day. An FBI sniper on Aug. 22 opened fire at the cabin, thinking he had Weaver or their friend Kevin Harris in the shot. His first shot hit Weaver, injuring him, and his second shot hit Vicki in the face, killing her. The sniper also injured Harris. Harris and Weaver continued to hide out — with Vicki's dead body nearby — through Aug. 31, until Weaver finally surrendered, thanks to a civilian negotiator.

The Aftermath of Ruby Ridge

While the 11-day standoff was happening on the hilltop at Ruby Ridge, authorities reported another standoff down by the roadblock leading to the cabin. Protestors gathered near the Ruby Ridge cabin demanding the FBI leave the Weavers alone. "The most terrifying night was when they announced that Vicki Weaver had been killed," Jess Walter, a reporter who covered the standoff in 1992, told ABC News of the far-right groups who showed up to condemn the government.

Weaver and Harris were arrested on numerous charges, but the only one that ended up sticking was Weaver's original weapons charge that he failed to go to court for. A few years later, Weaver and his children were awarded $3.1 million for the wrongful death of Vicki and Sammy. There was also a good deal of fallout for the authorities due to the way the event was handled.