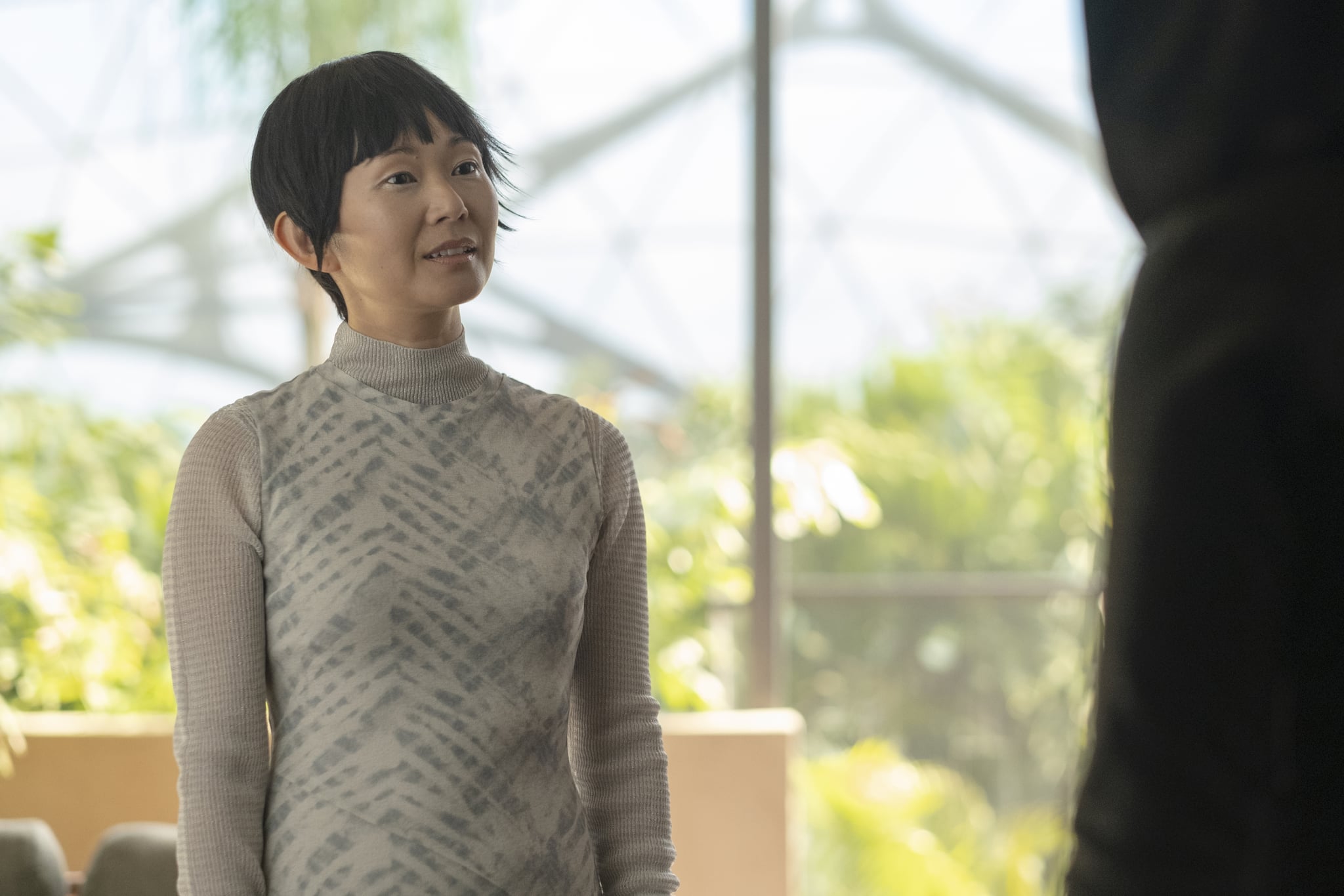 Watchmen's fourth episode has introduced the character of Lady Trieu, and it's clear from her very first scene that she's a woman with a plan — and a comet. In an apparent homage to Superman's origin story, the episode opens with the Clarks, a childless couple living in a quiet farm. Their life seems relatively happy, if uneventful, until Lady Trieu knocks on their door and declares her intention of buying their home. She's so determined to get the farm, she offers them a baby that she's made with their own DNA.

The Clarks barely have the time to comprehend this when everything starts to shake. After signing the papers to sell the farm, they rush out of the house. A blue comet crosses the sky and lands on the propriety. Smiling, Trieu declares the comet to be hers.

But why does Trieu want this comet so badly?

So far, the mysterious trillionaire is connected to two things: time and Dr. Manhattan. She's building a giant "clock" near Tulsa, knows exactly how long she has to close the deal with the Clarks until the comet falls, and also happens to be the owner of the booths that connect people to Dr. Manhattan.

We also know in this alternative world, humans have the technology to watch a live feed of Mars. This means not only Trieu can easily monitor space and predict the comet's landing but perhaps she can also communicate directly with Dr. Manhattan. And, as comic readers know, the last time we see Manhattan, he tells Adrian Veidt he's planning on creating human life somewhere in the galaxy. It's possible Trieu shares his goal, and the comet is bringing a new life form that Manhattan has created. Is she planning a fresh start for the human race? And if so, is that why she's built a megabunker capable of withstanding all manner of world-ending catastrophes?

Another theory involves quite a bit of flash-forwarding, but since we're talking about one of the creators of Lost, maybe it's not that far-fetched. This episode makes clear that Veidt's timeline is separate from the rest of the show: each episode appears to be equal to one year of his imprisonment. So, for him, four years have passed since the premiere, while Angela's and Laurie's timeline has lasted only a few days.

Veidt's goal is to escape his prison. What if he has already escaped at the start of this episode? Fans have long speculated he's imprisoned by Manhattan on Mars, and if that's the case, the comet might've been his way out. We might've been looking at Veidt's past all this time, and once his timeline catches up with the rest of the characters, it will be revealed Trieu grabbed him. After all, she owns his company, why not own the man himself?