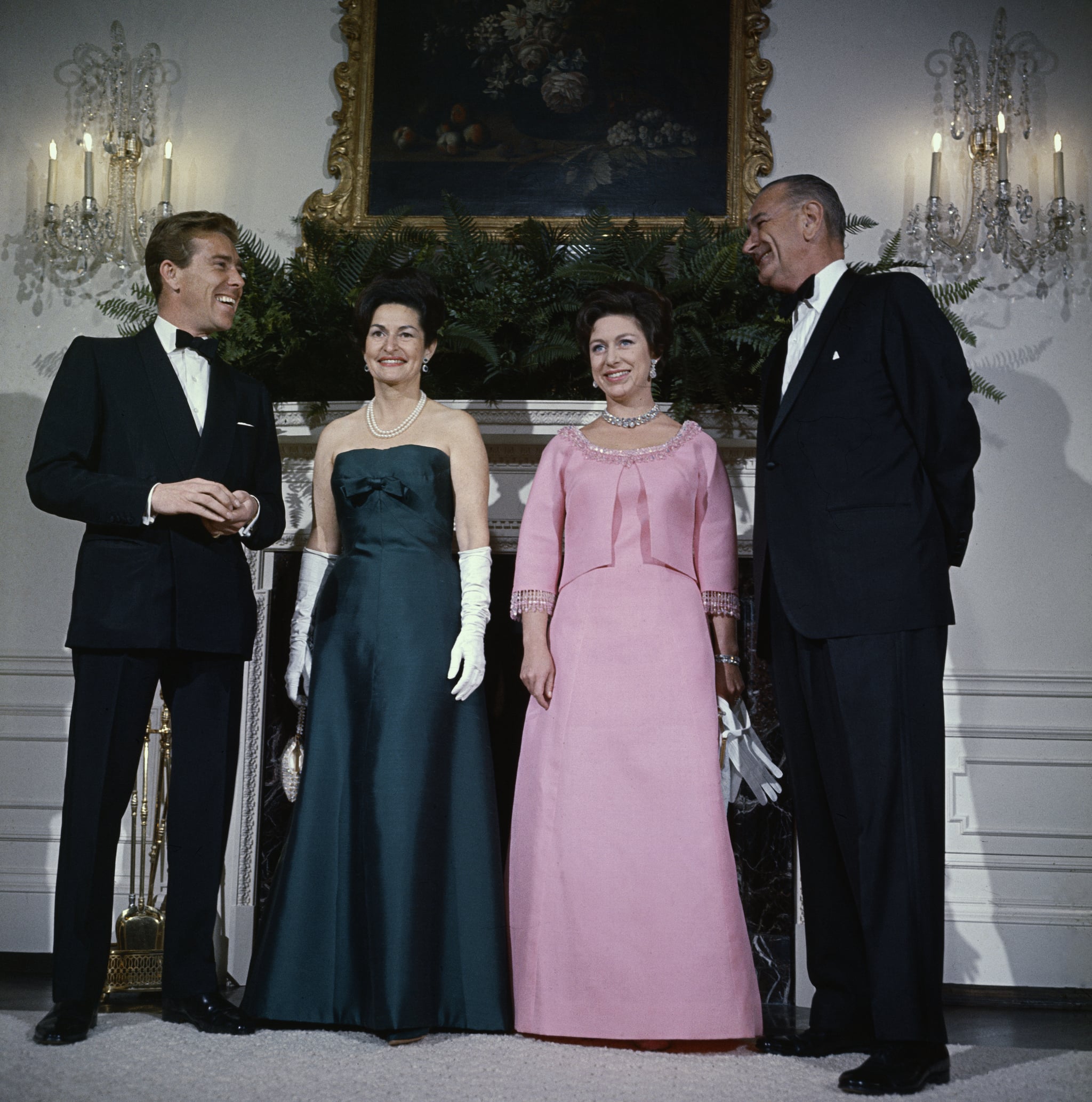 Princess Margaret's visit to the White House in 1969 is at the center of the second episode of The Crown's third season. In real life, Princess Margaret and her husband, Lord Snowdon, did visit the US in 1969 and enjoy a dinner and dancing at the White House at the invitation of President Lyndon B. Johnson. But just how much of their White House visit was exaggerated for dramatic effect on The Crown?

"The coverage presents the dinner as comparatively uneventful, and the official dinner attracted less attention than the cost of the visit itself, especially since Margaret and Armstrong-Jones had reputations as jet-setters who socialized with the elite," royal historian Carolyn Harris said to NBC News. "But that said, Margaret was known for her sense of humor and Johnson was known for occasionally making bawdy comments."

NBC also noted that a contemporary New York Times column hinted that the party was, at the very least, not an entirely stuffy affair. "The party lasted longer than most White House affairs," wrote the paper's "Talk of Washington" column on Nov. 19, 1965. "Margaret and her husband did not leave until 1:35 this morning and the Johnsons, celebrating their 31st wedding anniversary, stayed on until the orchestra struck up 'Good Night Ladies' at 2 a.m."

Reporters at the time did note that the dinner was the more formal portion of the evening, with both President Johnson and Princess Margaret giving polite, diplomatic speeches highlighting the relationship between the two countries. It's not likely that their conversation during dinner would have included one thing that featured heavily in The Crown's depiction: the moment where Princess Margaret insults the late President John F. Kennedy — who had previously visited the royal family (as seen in The Crown's second season) — and President Johnson, who had taken over after Kennedy's assassination, piles on with his own unflattering remembrance of Kennedy. Although a Kennedy was no longer in the White House, they were still a powerful political family and had personal and political ties to the Johnson administration; several Kennedys were at the dinner that night, so it's highly unlikely a sitting president and a princess representing the crown would have publicly insulted President Kennedy.

Just as The Crown shows us, the party really got into full swing when the dinner itself ended and things moved into the White House's East Room for drinks and dancing.

The president and princess danced to "Everything's Coming Up Roses." Meanwhile, Lord Snowdon grooved to "rock 'n' roll numbers" with "enormous gusto and expertise throughout the evening," Vogue shared from some reports at the time. "There was laughter and chatting; Margaret smoked a cigarette on a long holder and everyone looked totally at ease."

Another thing that is true to life: President Johnson's tongue-in-cheek advice to the Snowdons for a happy marriage. "One, let her think she's having her own way. Second, let her have it." The quote even was mentioned in a newsreel from the era, viewable now courtesy of British Pathé. While the extent of the diplomatic effect of Margaret's visit may have been exaggerated for The Crown, it's undeniable that she really did make a big splash and a great impression on the American president.