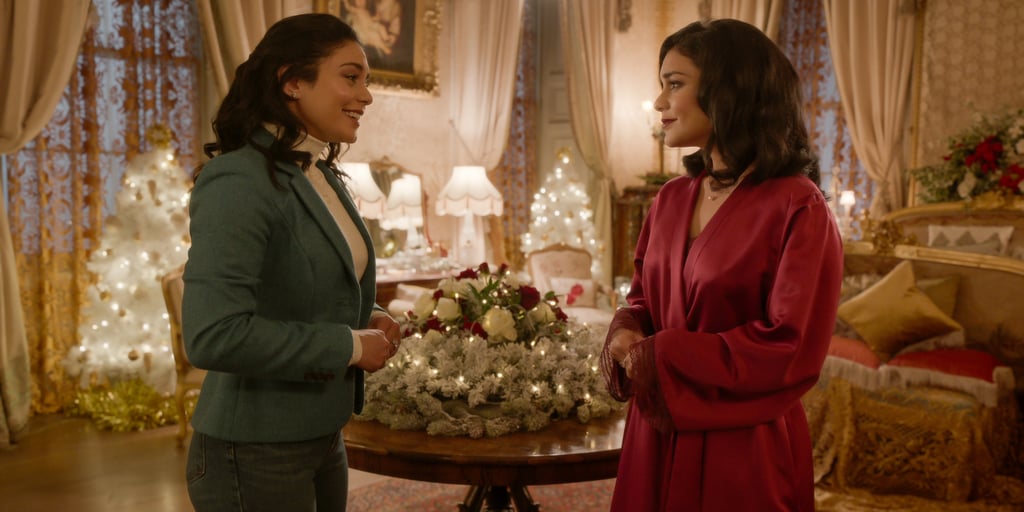 If you thought Vanessa Hudgens was done with playing doubles in Netflix rom-coms, you have another think coming. After the 30-year-old actress tickled our funny bone in last year's The Princess Switch, she's bringing us back to Montenaro and reprising her double role as Duchess Margaret Delacourt and her "commoner" look-alike Stacy De Novoin in the sequel, The Princess Switch: Switched Again.

Back in October 2019, the streaming giant announced that Hudgens will return as the star and producer of the follow-up film that follows Duchess Margaret after she unexpectedly inherits the throne. Now we have a first look at the sequel, as well as the details on what exactly is going down in Montenaro! According to Netflix, it's up to Princess Stacy of Belgravia to help Duchess Margaret when she and her sous chef beau, Kevin, hit a rough patch after her "unexpected" crown inheritance. But, things get a little rocky by the appearance of a handsome royal who's intent on stealing Margaret's heart. Toss in the surprise arrival of Margaret's outrageous party girl cousin Fiona, a third look-alike who has ambitions of her own, and you have the recipe for Christmas triple trouble. Yes, that's right, another look-alike has entered the chat!

Since The Princess Switch ended with Stacy's marriage to Prince Edward, we're guessing that Switched Again will take place after another time jump that hopefully explains how one unexpectedly inherits a whole throne. And at some point, one of these women need to check out 23andMe, because there are only so many look-alikes we can meet before people start wondering if this is a science experiment gone awry. Check out some photos from The Princess Switch: Switched Again, and get ready for triple trouble when it premieres on Nov. 19!