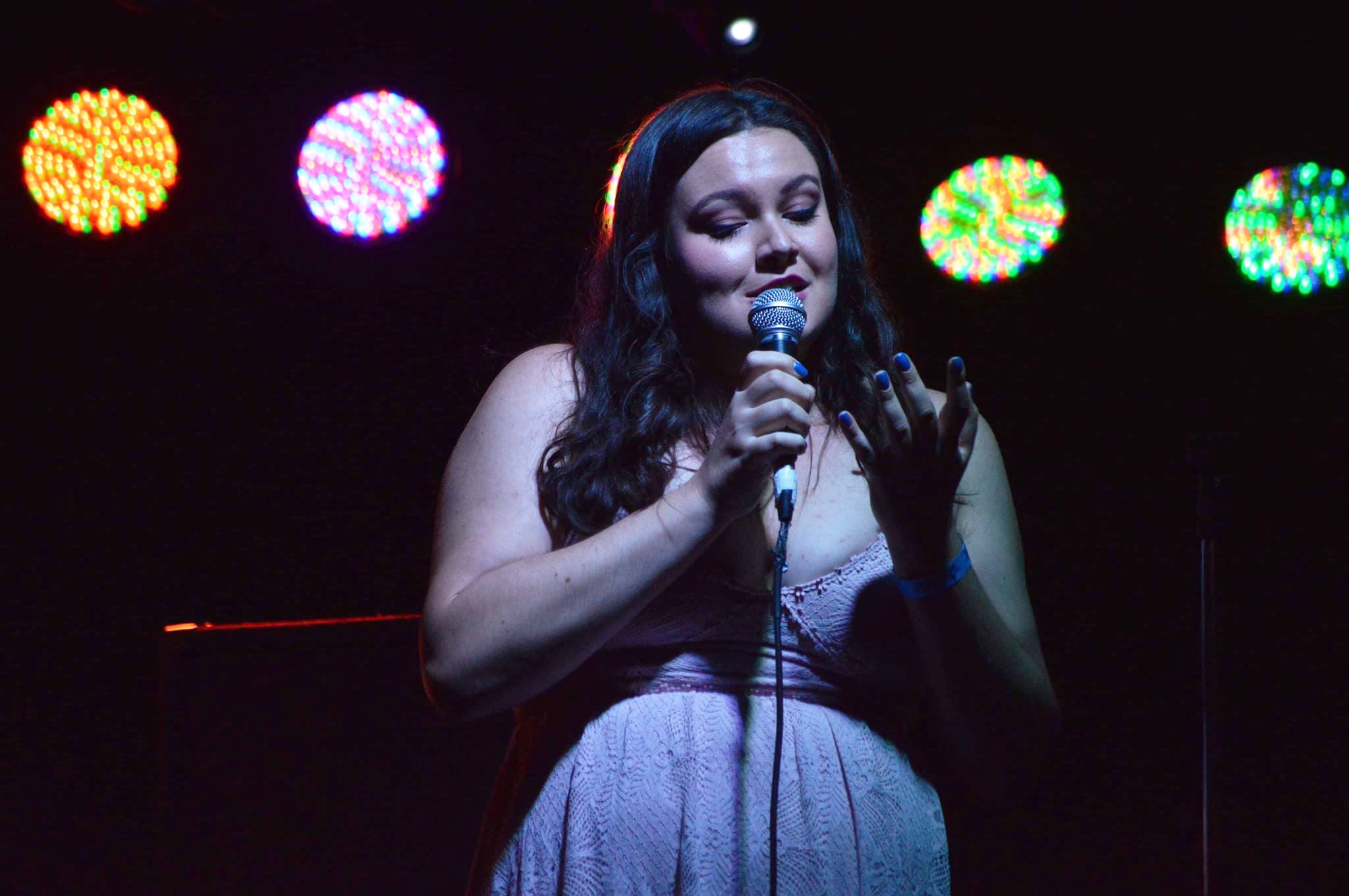 For me, starting to perform stand-up comedy was the closest I've ever come to cliff-diving: a total rush fueled by bravery, and also something that I hoped would make others think I looked pretty cool (it did not). I began writing jokes and satire at 15, even though I was achingly shy as I went about high school's peaks and valleys.

At 17, I finally took the stage to perform. I had spent years throwing jokes at walls like strands of spaghetti — insert vigorous Italian hands that I must do as an Italian woman — until some things stuck. When I had three minutes of material that made me feel confident and dare I say a tad saucy, I caravanned with my friends to a local coffee shop, one of the only places under-21-year-olds could perform. To my surprise, my first set went really well. I got congratulations via kind words, phone numbers, handshakes, and high-fives from strangers. I left feeling the most confident I ever had about my skills.

Then I ran into some middle-aged men in the parking lot.

"He pointed at me (as I was one of two women in the audience) and went into a vulgar bit about performing oral sex on me with full pantomime. I had turned 18 that week."

The group, made up of the three comics who had also performed in the hodgepodge open mic night of poetry, music, and comedy (plus one guy crumping), were having a smoke outside. All of them were easily double my age and none of them had gotten laughs. Of course, this is part of comedy. Sometimes, you just have off days. I bid them an adieu and a "good job up there" before I began trekking to my car. The tallest one hailed me over. He began giving me notes that he had written down on everything I'd said, telling me how to improve my jokes in the future with weird edits that were dated, a little sexist, and just not super funny. All of it was condescending.

I went to another small open mic a week later, where I ran into the same tall man. Without recognizing me, he began hitting on me aggressively with inappropriate jokes and a consistent assertion that he was "a really good comedian who was performing tonight." I went to the bathroom and waited for the mic to begin. As usual, the night began with a headliner, a paid comic who would start the evening off before the rookies gave it a go. Since he was getting money, I thought this guy would perhaps behave more professionally than my buddy at the door. It wasn't but four minutes into his 20-minute set before he pointed at me (as I was one of two women in the audience) and went into a vulgar bit about performing oral sex on me with full pantomime. I had turned 18 that week, if that makes you feel more comfortable, though it shouldn't.

Related:
15 Stand-Up Specials by Female Comedians You Need to Add to Your Watch List Now

Weeks later, I was performing again. Even though the comics were making me uncomfortable, I loved comedy and writing so I didn't want to stop. Yet, no matter how many times Beyoncé had begged me to "tell him, boy, bye," these dudes would not let up. I had performed many times at this point, so a man who coordinated the comedy show pulled me aside before the mic began to chat. He began telling me why I was good at comedy and credited it to the fact that I "didn't just talk about gross periods, sex, and sh*t like other females in comedy." I had a joke about periods as my opener for that night and then watched him "cramp" up in the audience when I said it. It's worth noting that I'd watched every man in that room do three minutes of jokes about sex every week since I began.

At 23 years old, I have gotten to do more in comedy than I ever could have hoped for. I've performed at well-known comedy clubs across California and even opened for a Comedy Central writer when I was just 21. I wrote over 70 humor articles for a publication and I continue to adore writing more and more each year of life. Sometimes, however, toxic masculinity kicks in the door with a keg of sexism and really ruins the party.

"We do like to have fun, but there's nothing funny about your graphic tee that says 'Sarcasm Loading.'"

I've edited full-length pilot scripts for male comics without pay. I've been told to do a lot of shows "just for the sake of networking" to find out later that I'm not getting paid. I've watched a man weasel (force) his way onto a "Girls Only" comedy show and then use his seven minutes to perform nothing but transphobia and jokes about sexual assault to a crowd of silence. I've sat and watched plump male comics fat shame women. In today's world, a lot of these archaic antics go without laughter, which inevitably prompts the male comic in question to say, "Looks like this crowd doesn't like to have fun." We do like to have fun, but there's nothing funny about your graphic tee that says "Sarcasm Loading."

While not all men in comedy are trash to lady comics, there is a vocal enough group of real dunces who make each show a tense affair. Older men with dated senses of humor are often the ones in charge of the shows, so you can't outwardly cut them off. In my experience, some men think that because they make you laugh, you must want to hook up. It can be a total "boys club" where the jokes are more so locker room chatter than actual writing. If you call it out, they brush it off with "it was only a joke."

Related:
Prepare to Belly Laugh! These Comedies on Netflix Starring Women Are Truly That Funny

Chris D'Elia was recently called out for his alleged predatory behavior with underage fans, and was accused of trying to get them back to his hotel rooms. It's really just the tip of the iceberg of how men in comedy think they can get away with how they treat women. We excuse a lot of utterly disgusting humor from comics like Louis C.K., D'Elia, T.J. Miller, and so forth because we chalk it up to a joke. We excused that Jerry Seinfeld allegedly dated a 17-year-old in the '90s (though he said they didn't start dating until she was 18) because comics tend to seem like unthreatening jesters who make us laugh but pose no real danger.

If you're a man in comedy, there are many things you can do to not make women warn their friends about you or dub you "[Insert Your Name Here] the Comedy Creep."

I've groaned through a million sets about how "#MeToo ruined comedy" and how "people used to know how to take a joke." If your jokes make even one person in the room feel terrible about themself, are you really providing the laughter you think you are? Or are you just doing this to entertain yourself? Stand-up is supposed to make the whole room laugh, not just you. If you're that into self-pleasure, you should probably stay home where it's more appropriate.