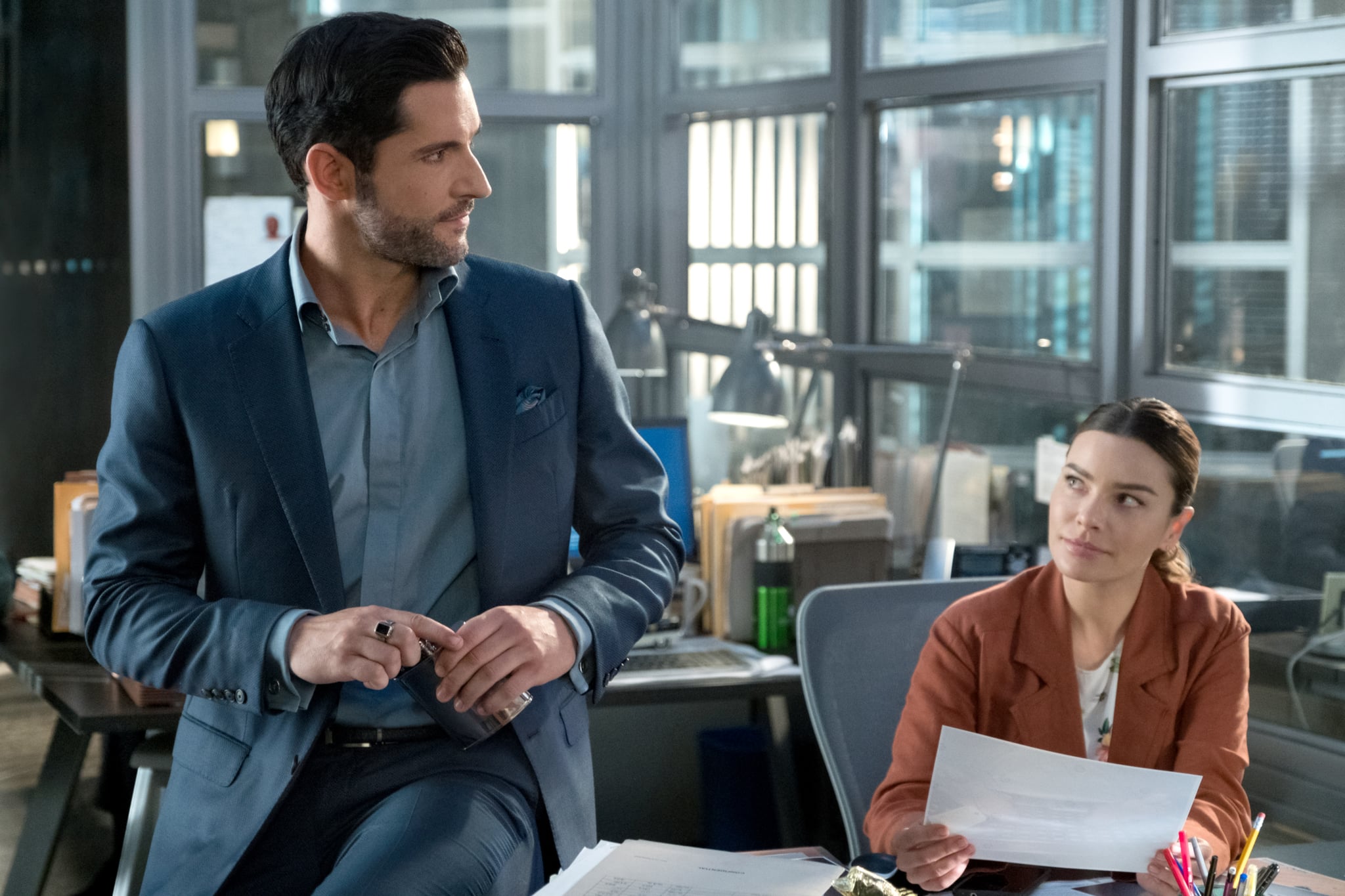 Season five of Lucifer has given Lucifer/Chloe fans a lot to thank heaven (or hell) for, but do you remember the first time Lucifer showed Chloe his face? The big moment totally changed their relationship going forward, and, if you've been watching since the beginning, you might remember that Chloe seeing Lucifer's devil face nearly was the last thing we ever saw on the show.

The big reveal came as the cliffhanger at the end of season three — which, originally, was thought to be the show's unexpected series finale after it was canceled by Fox (it was, of course, later rescued by Netflix to run through season six). Throughout the season, Chloe and Lucifer are facing off against an antagonist who turns out to be Cain — yes, that Cain, the one who killed his brother in the Bible. When it comes time to confront him, Chloe first steps in front of Lucifer to protect him and shoot Cain, but that's not the end of things in a supernatural showdown like this. Lucifer gets Chloe to safety, then returns to fight Cain once and for all.

Eventually, Cain's henchmen are out of the picture and it's just Cain versus Lucifer, who pulls a knife on Cain as one of the only things that can actually kill him. As Cain dies, he muses about finally getting to go to heaven, but Lucifer taunts him, revealing that Cain knows, in his heart, that he deserves hell, not heaven. At this point, Lucifer's face begins to slowly transform, with glowing red eyes and flames coming up his face, as he condemns Cain. Chloe bursts into the room, and Lucifer turns to see her — revealing his real, devilish face to her. Her reaction, a quiet, "It's all true," is the last thing in the episode.

Thank goodness we weren't left with that cliffhanger forever! As we learn when season four returns, Chloe's reaction is extremely in character: she goes full-on detective and even goes to Rome to literally research the devil. Of course, in time, she and Lucifer regain their trust and, as season five shows, get a lot closer and see a lot more of each other! Still, that first moment of her seeing his face and realizing his true identity was a huge turning point for the show, and we're praising heaven that it wasn't the last moment after all!