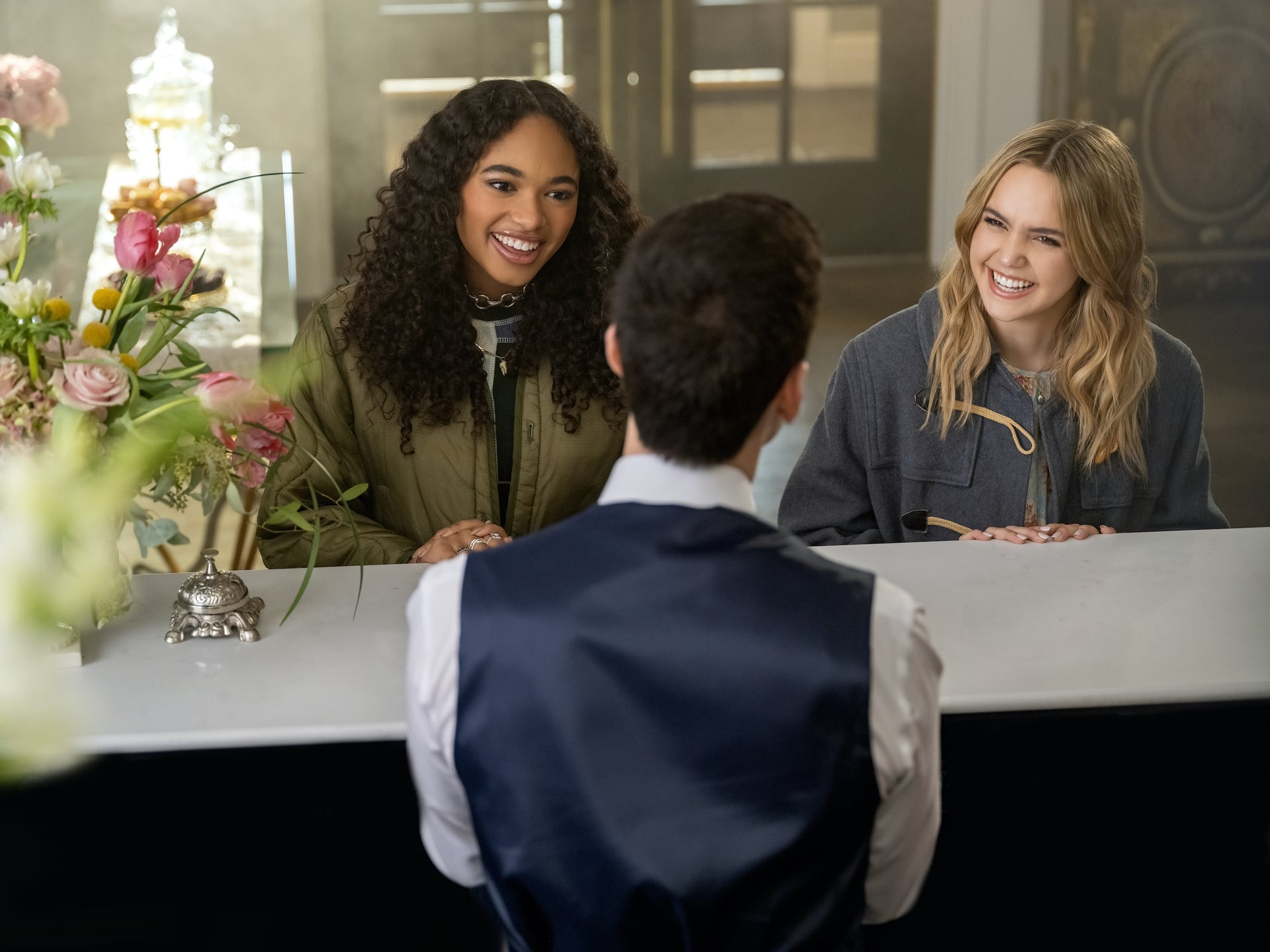 Just like its predecessor, "Pretty Little Liars: Original Sin" is great at engaging fans with lots of juicy plot details. With every episode comes a new batch of theories about the identity of this generation's deadly "A" stalker or the Liars' own mysterious pasts. Since the series takes place in the same universe as "Pretty Little Liars," eagle-eyed fans are also constantly on the lookout for unique connections to the original series — and episode six delivers a major one that potentially muddies the whole PLL timeline.

When Does the Original "Pretty Little Liars" Take Place?

First, here's a quick primer on when both series take place. "Pretty Little Liars" begins with Aria's (Lucy Hale) 2010 return to Rosewood in the pilot episode, a year after Alison's (Sasha Pieterse) 2009 disappearance. The remaining series events take place from 2010 to 2018, when the Liars finally defeat "A.D." and bid farewell to each other before Aria leaves for her honeymoon.

The events of "Pretty Little Liars: Original Sin" occur roughly four years after the end of "Pretty Little Liars." The opening scene takes place at the New Year's Eve rave where Angela Waters (Gabriella Pizzolo) dies by suicide, which was on Dec. 31, 1999. The series then jumps ahead 22 years to the beginning of the new Liars' school year in September 2022.

The sixth episode of "PLL: Original Sin" introduces a familiar character that might have fans of the original series confused about whether the spinoff really does take place a few years after the original or much, much more.

The episode gifts us with a long-awaited return to Rosewood, as Imogen (Bailee Madison) and Tabby (Chandler Kinney) take a field trip there to unearth more information on Angela Waters's tragic death. It turns out Angela's bereaved mother was a patient at the infamous Radley Sanitarium, which has become an upscale hotel since its closure in 2012. During their stay there, they meet Eddie Lamb (Charles Gray), the same nurse who watched over Spencer (Troian Bellisario) and Mona (Janel Parrish) during their time at Radley in the original "PLL." While he was employed at Radley, Eddie noticed visits between Mrs. Waters, the five Liars' moms . . . and a sixth mystery visitor. Weird!

What's even weirder, though, is how much Eddie seems to have aged in just a decade. In "PLL," Eddie was played by a much younger-appearing actor, Reggie Austin, and according to that show's official continuity, his character's appearances all take place in 2011, when Austin was around 30 years old. In 2022, roughly 11 years later, Gray's Eddie appears to be at least 20 years older (Gray's IMDB profile lists him as being between 48 and 60 years old), suggesting a bigger time gap between the two series than the established canon suggests.

Is the show suggesting there was a time jump between "Pretty Little Liars" and "Pretty Little Liars: Original Sin"? Frankly, considering the spinoff takes place in 2022, "A" having a newfound ability to warp the space-time continuum would be the only way to explain Eddie's rapid aging. Ultimately, Eddie's age in "Original Sin" appears to be a simple continuity error due to casting choices rather than anything to do with a time jump.