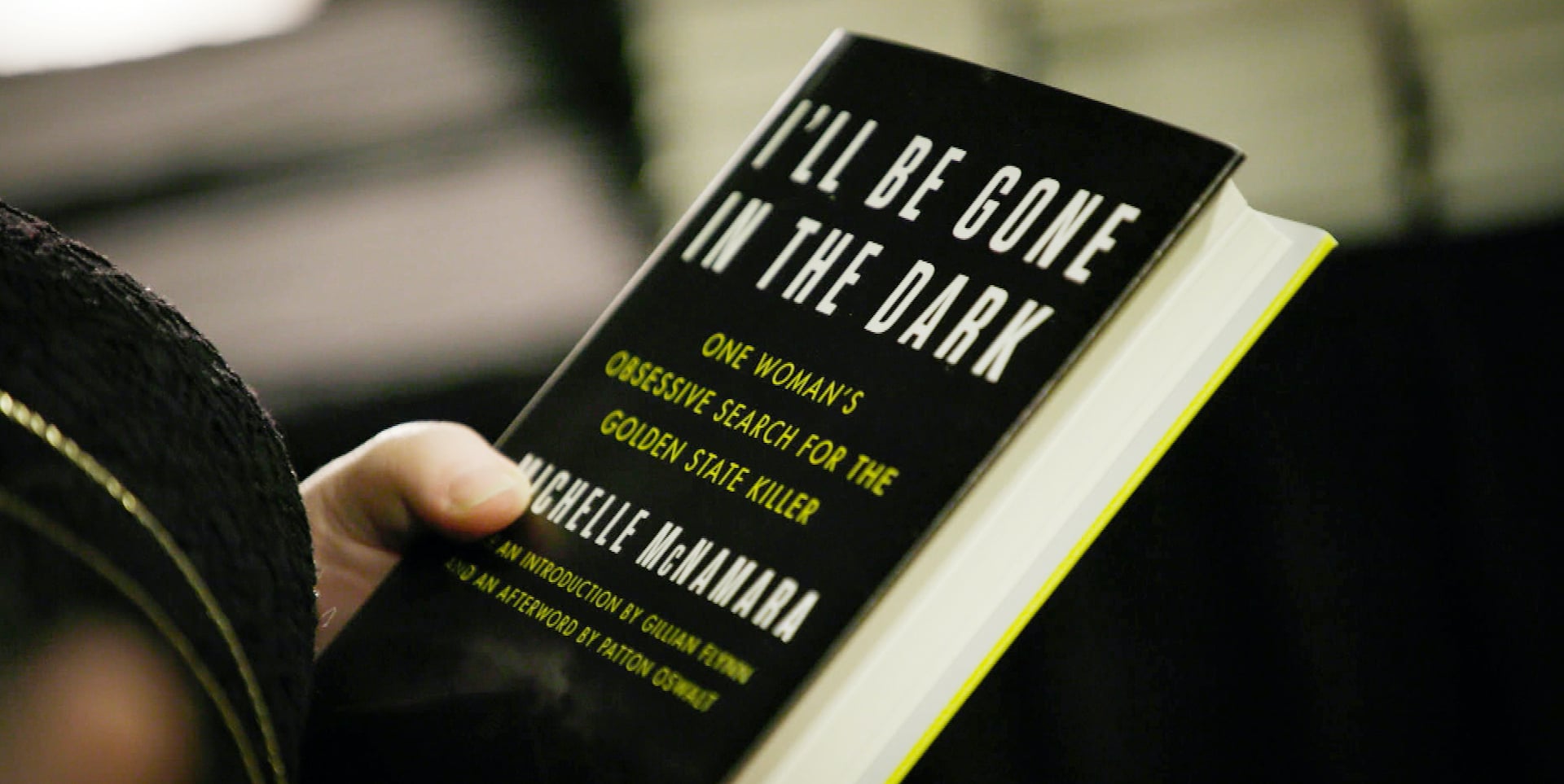 I'll Be Gone in the Dark, HBO's new docuseries based on the book of the same name, takes an in-depth look at the search for the Golden State Killer, a rapist and murderer prominent throughout California in the 1970s and 1980s. Though the case is still not fully resolved, the authorities have a suspect in custody who is awaiting trial and possible sentencing if convicted: Joseph James DeAngelo Jr.

Michelle McNamara, the late writer who penned the original book, spent years of her life tying together serial killers and major crimes in California — the East Area Rapist, the Original Night Stalker, and the Visalia Ransacker. McNamara was able to link them and dubbed the single culprit the Golden State Killer. During the 1970s and 1980s, the Golden State Killer committed rapes, assaults, burglaries, and murders up and down California before going dormant. According to The New York Times, "His victims included women who were home alone and some who were home with their husbands. Sometimes, both husband and wife were killed. He is also thought to have burglarized more than 120 homes."

McNamara worked on the case and followed the trail until she died in 2016. In 2018, after DNA matching had become more advanced, authorities were able to tie DNA from some of the crimes decades earlier to DNA already in the system for DeAngelo Jr. The former police officer from northern California was charged with 13 counts of murder and several kidnapping and weapons charges. His charges cross several counties in California, and many of them are seeking the death penalty. Prosecutors have even called the Golden State Killer case the "most notorious unsolved serial-rape killing in California history."

DeAngelo Jr. is still awaiting trial and sentencing if convicted, but The New York Times reported that as of early March, he was planning to plead guilty in exchange for being sentenced to life in prison rather than the death penalty. His public defenders noted that as he's currently 74 years old, he wanted to take the lifetime sentence and "offered to plead guilty because criminal cases often take years to resolve and the trial process is often very stressful for victims and their families," The New York Times writes.

As of now, DeAngelo Jr.'s trial has been pushed back due to the COVID-19 pandemic, so it's unclear what his plea and possible sentence may be. You can watch the whole backstory of the Golden State Killer and McNamara's quest to find him in HBO's I'll Be Gone in the Dark starting June 28.