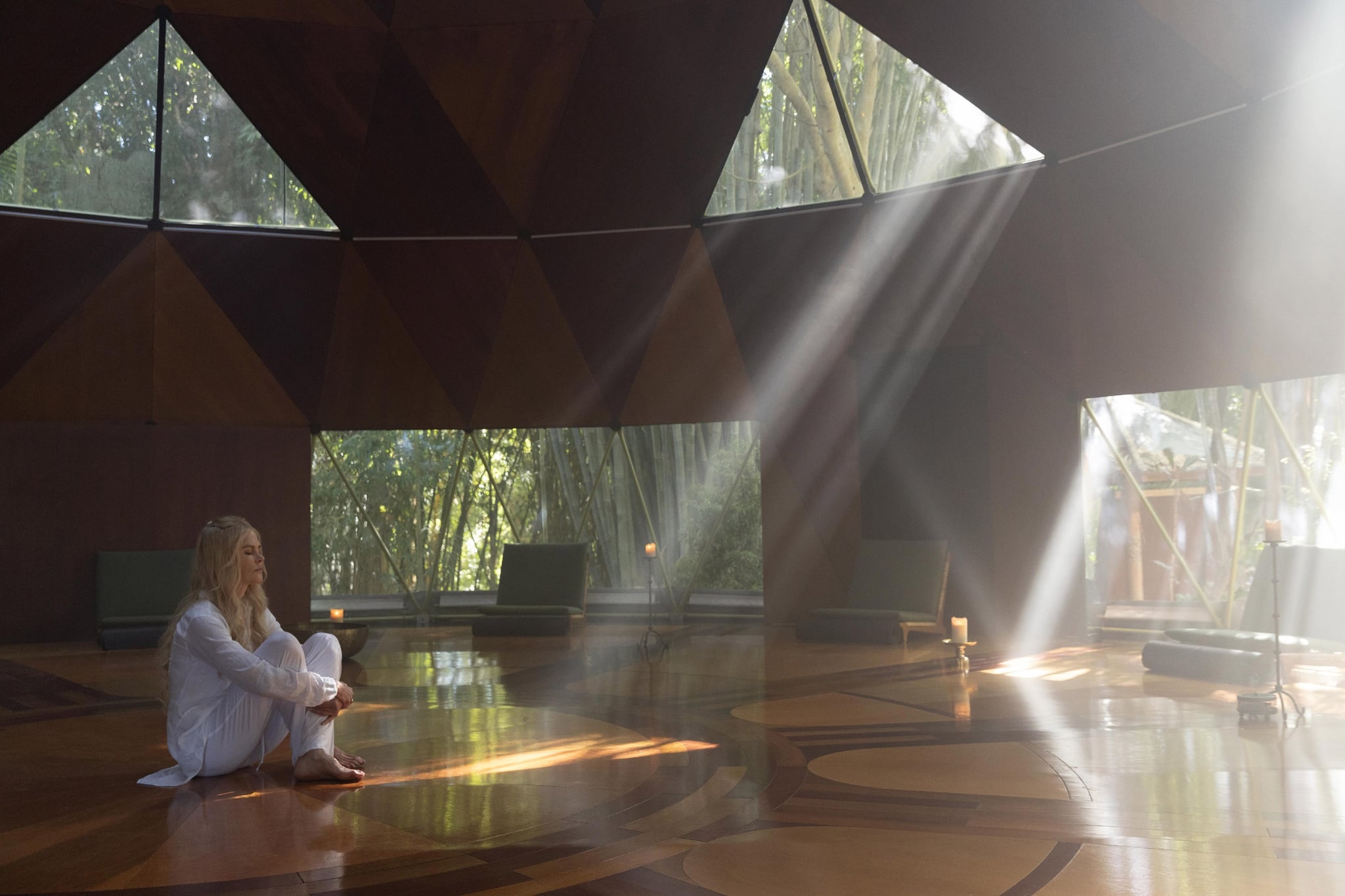 Nestled among the lush greenery and forest of fig trees of Australia's idyllic Bryon Bay is Tranquillum House, a health-and-wellness resort. Despite what its name may suggest, this "resort" is anything but tranquil in Hulu's Nine Perfect Strangers. In this thriller based on Liane Moriarty's bestselling novel of the same name, the characters are promised relaxation and rejuvenation through self-reflection, but that ends up not being the case. However, the real-life Tranquillum House — which is actually a resort named Soma — is a retreat for weary guests looking for some relaxation.

"There was a bit of fait accompli," the show's production designer, Colin Gibson, recalled to Architectural Digest in reference to how the different locales for Tranquillum House came together. Prior to COVID-19, Nine Perfect Strangers was set to film in California, specifically near the beach town Big Sur.

However, due to health and safety guidelines, production was pushed to Australia, where the team discovered the newly built and secluded retreat estate, Soma. The crew was given the green light to construct an additional building on the property, which later became the set for wellness leader Masha's (Nicole Kidman) office. While the team had landed on a location gold mine, they continued to scout for other places to film.

Eventually, the crew found the Lune de Sang, a lumber orchard with multiple sheds, artistic structures, serene landscapes, and more. Given the owner's background in glass art and peculiar eye for design, the property was the ideal second setting to film a series that takes place at a retreat. Both filming locations feature grand architectural structures made from sustainable materials like wood, cement, and stone, in addition to geometric glass windows and contemporary finishes. These different elements all came together to create the zen aesthetic production was looking to have in Nine Perfect Strangers.

Fans interested in seeing Bryon Bay and the grounds up close can attend one of Soma's highly professional retreats tailored "to rest, recharge, and renew yourself from the inside out." Not to worry, though, Masha and the weird smoothies won't be there to ruin your zen.