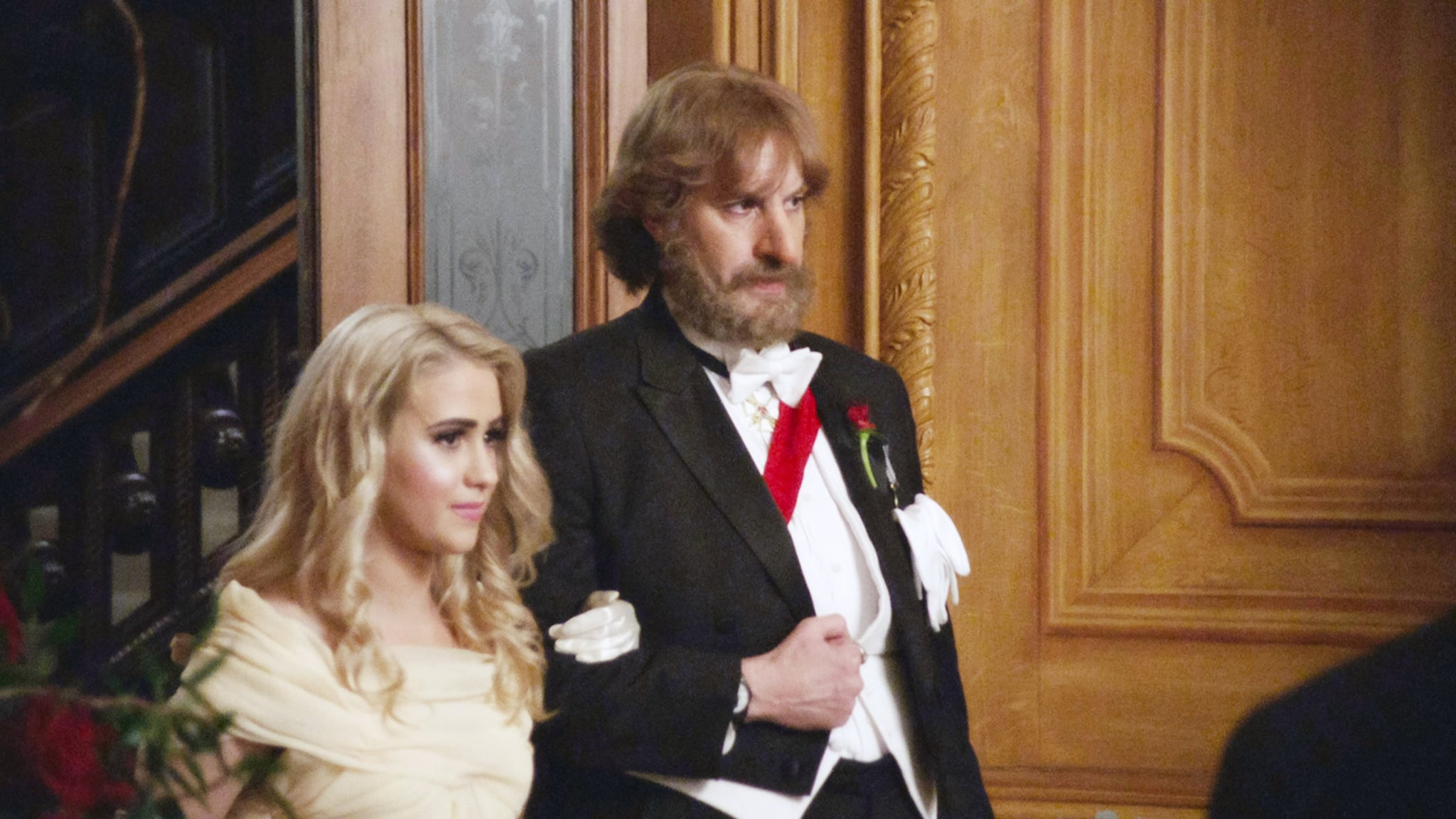 Just like the original Borat movie, Borat Subsequent Moviefilm is packed with jaw-dropping satire and very colorful characters, including the new "character" of Borat's daughter, Tutar. Who plays this character? The answer to that was a little complicated until the movie actually came out.

Like most things about Borat, which blurs layers of fake characters and satire together with reality, the casting of Tutar has been somewhat complicated. As reported by Slate, the initial press releases for the movie listed someone named "Irina Nowak" as Sacha Baron Cohen's costar. The only problem? There's no actress with that name; the closest is Irina Novak, a 42-year-old Ukrainian actress with no English-language credits.

The confusion persisted until the movie was officially released on Oct. 23, and the credits finally cleared things up. "Irina Nowak" is nowhere to be found anymore, and the credits officially list Maria Bakalova as the actress playing Tutar. According to her IMDb page, Bakalova is a 24-year-old actress from Bulgaria, and this is her first major international credit.

Although she's still pretty much an unknown in the US, Balakova's IMDb bio gives us a quick background. She began taking music lessons — singing and flute — when she was 6, then attended the National School of Arts in Burgas, Bulgaria, where she studied acting for theater, as well as continuing her flute studies. From there, she went on to the National Academy for Theatre and Film Arts in Sofia and graduated in 2019. Most of her credits, up until now, have been in European movies and TV shows.

Bakalova's character, Tutar, is at the center of the movie's most headline-grabbing controversy, starring in a scene involving politician Rudy Giuliani and a seemingly inappropriate moment. In real life, Bakalova appears to be politically active as well: in May, she posted on Instagram about the Black Lives Matter movement. Then in July, she shared a post in solidarity with demonstrators in her home country of Bulgaria, where protests have been ongoing over the government's response to the COVID-19 pandemic and general corruption. This may be her biggest role so far, but she's already a pro at raising her voice!