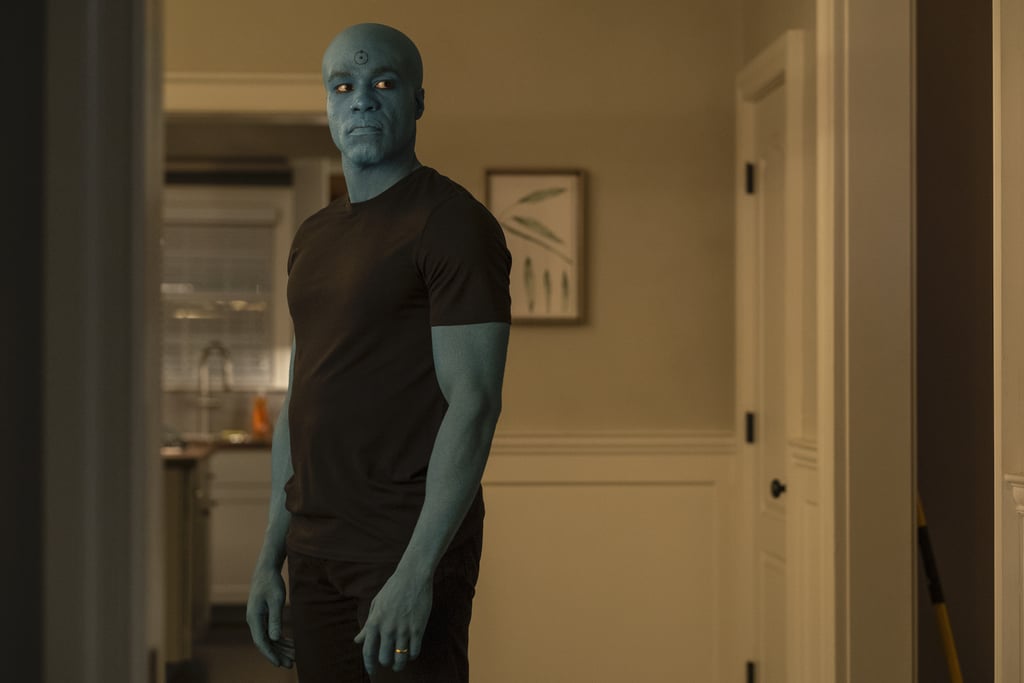 Watchmen's biggest mythology revelation so far has been the presence of the iconic Doctor Manhattan, and if you're curious about the man who plays him, we've got you covered. Actor Yahya Abdul-Mateen II plays the famous character's dual identities, but this isn't his first time at the superhero rodeo.

The New Orleans native actually had a totally different career before he started acting: he went to school for architecture and was a city planner in San Francisco before switching career paths, heading to Yale, and starting a career acting on the stage. Abdul-Mateen made his film debut with the 2012 short film Crescendo, which he also produced, but it would be four more years before he hit the mainstream.

In 2016, Baz Luhrmann cast Abdul-Mateen in his musical drama series The Get Down as Clarence "Cadillac" Caldwell, a "disco prince" in the stylized, musical world of the show. Despite big buzz, The Get Down failed to make enough of an impact, and Netflix cancelled it after just one season. Despite this setback, 2017 still managed to be a very big year for Abdul-Mateen. He snagged roles in two of the most anticipated movies of the year, playing Sgt. Garner Ellerbee in the Baywatch remake and appearing in another musical, The Greatest Showman, as acrobat W.D. Wheeler, the older brother to Zendaya's character, Anne.

Abdul-Mateen got his first taste of the superhero world in Aquaman, in which he played David Kane, a vengeful pirate's son who eventually becomes the supervillain Black Manta. The movie's end credits scene reveals his character's fate, leaving an opening for him to return if and when there's a sequel. In 2018, he also had a guest role on an episode of The Handmaid's Tale.

Abdul-Mateen continued that momentum in 2019, with a list of both TV and movie credits. He appeared in the sci-fi anthology Black Mirror, as well as playing a dual role in the breakout horror film Us. He's set to collaborate again with Us's Jordan Peele on the upcoming horror film Candyman, and he's playing the political activist Bobby Seale in the drama The Trial of the Chicago 7. We have a feeling we're going to see a lot more of Abdul-Mateen in the next few years, and we couldn't be happier about it!