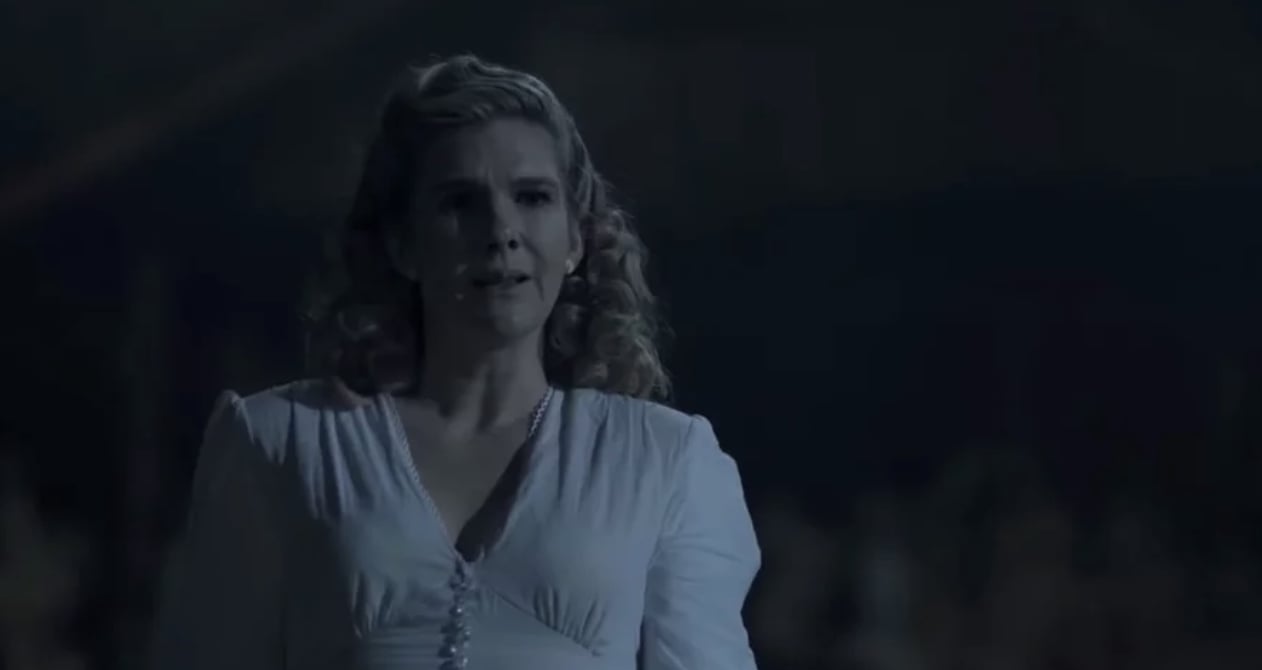 While American Horror Story's ninth season initially focuses heavily on referencing and replicating classic slasher flicks like Halloween and Friday the 13th (there are so many parallels to Jason's universe in AHS: 1984, it's unreal), halfway through the season, the plot takes a turn with some intense supernatural influences. Everyone who dies on Camp Redwood's property comes back as a spirit, trapped on the land without knowing why. At least, it seems that way on the surface because of the sheer number of phantoms popping up. The show puts emphasis on the camp counselors, though. It seems only dead counselors or other employees of the camp are actually trapped.

In episode seven, Mr. Jingles's mother, Lavinia, reveals herself as one of the trapped spirits. Supposedly, she's responsible for a massacre that happens before the massacre of 1970. After taking a job at Camp Redwood following the loss of her husband, her favorite son, Bobby, dies in a motorboat accident. Stricken with grief, her sorrow quickly turns to fury and she unleashes her revenge on the camp counselors responsible for her son's death.

When she appears to Mr. Jingles (Benjamin), she confesses that she also convinced Margaret to kill the counselors in 1970. As a spirit haunting the grounds, she has some sort of influence over Margaret's actions, which leads to the massacre and, in turn, Margaret pinning the blame on Benjamin. Lavinia sits at the center of each tragedy, her intense hatred for the camp, its counselors, and even her own son stewing as she cannot let go of what happened to Bobby.

I believe Lavinia is the source of what's keeping the spirits trapped. In the seventh episode, when Benjamin returns to Camp Redwood, he's confronted by the spirits of the dead counselors. They tell him about Lavinia's presence, and he identifies her right away with limited information. He even insists that she hates the counselors because of what happened to Bobby. She instigates numerous murders in her grief and anguish and proves to have control over the land and those on it, dead or alive. Lavinia is the negative energy that's keeping those she hates trapped there.

The only reference we hear of a trapped soul who isn't a counselor is Bobby. Lavinia insists that she can feel him and sometimes hears him, but she can never find him. Is he also a trapped soul, or is her inability to find him part of her own lasting punishment?