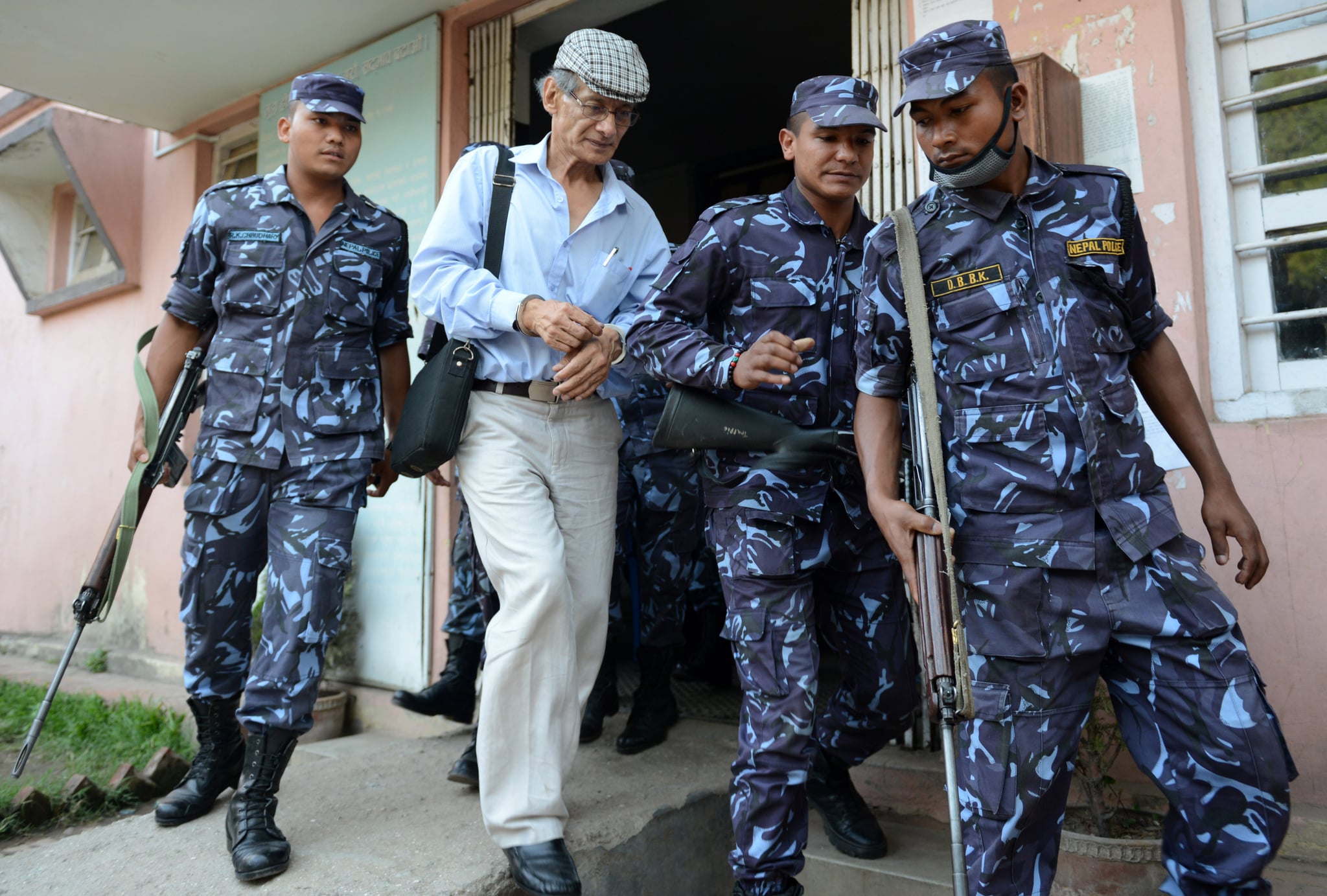 Netflix's The Serpent tells the story of elusive serial killer Charles Sobhraj, who is believed to have killed between 12 and 24 people across Nepal, Thailand, and India in the 1970s. Sobhraj posed as a gem dealer in Bangkok and frequently convinced strangers to join his circle and assist him in his crimes. In 1976, he and one of his most infamous accomplices, Marie-Andrée Leclerc, were arrested in India after a group of French students caught on to the fact that Sobhraj and Leclerc had drugged them. After 20 years in prison, Sobhraj was released and allowed to live life as a free man in France. There he hired a publicity agent to schedule interviews and photo sessions in an attempt to glorify his crimes.

In the series finale, Sobhraj is shown returning to Nepal, where he purposely had his photo taken by a reporter and was subsequently caught. The actual events of Sobhraj's capture occurred on Sept. 1, 2003, when he was caught on camera by a photographer for The Himalayan Times — who had been following him for two weeks — at a casino in Kathmandu and was arrested by Nepali police. Almost two decades later, those following Sobhraj's case continue to wonder why the master manipulator returned to Nepal when he could have easily evaded capture and remained in France as a free man.

"He pulls a stunt like this and the world remembers his name . . . [and] he likes to escape."

Sobhraj himself has given numerous reasons for his presence in Nepal, despite being fully aware that the charges against him were still withstanding. "The charges are rubbish," he said in 2004, according to GQ. "I am a busy man with my own film production company in Paris. I came here to make a TV documentary on local handicrafts and to see if I can do some humanitarian work." Despite these claims, Sobhraj has also stated that he was in Nepal to set up a mineral water business, to strike a heroin deal with "a major Chinese criminal," and as an undercover CIA agent posing as a member of the Taliban. None of Sobhraj's claims have ever been corroborated.

While it's possible we may never know why the sadistic serial killer made himself known in Nepal, the Netflix series depicts a conversation between Dutch Interpol Herman Knippenberg and German diplomat Angela Kane that has led many to believe Sobhraj's ego and narcissism were his main motivations. "What the hell is he doing?" Knippenberg told Kane after seeing an article about Sobhraj's return to Nepal in The Bangkok Post. "No one's said or written a word about him in years. Someone so vain must hate that . . . . he enjoys two things: notoriety, so he pulls a stunt like this and the world remembers his name . . . [and] he likes to escape."

With the help of photocopy evidence gathered by Knippenberg, Sobhraj's double-murder case from December 1975 was reopened. On Aug. 20, 2004, he was sentenced to life imprisonment by the Kathmandu District Court for the murder of Connie Jo Bronzich. Sobhraj lost two appeals against this conviction, and in 2014, 20 years were added to his sentence after he was found guilty for the murder of Laurent Carrière. As of December 2020, he is still imprisoned in Kathmandu.