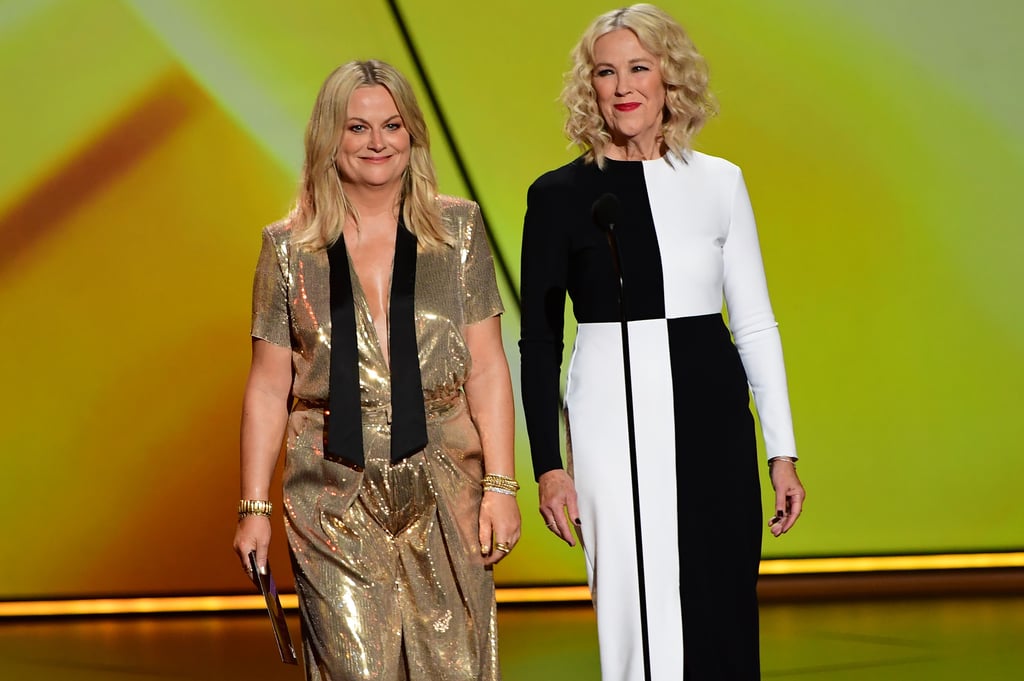 The Emmys Didn't Have a Host, but Twitter Has a Few Ideas on Who It Should've Called

Viewers of the Emmy Awards this year will notice one major change from years past: there's no host (although there is a "commentator"). So why did the Emmys decide to go without a host for the 2019 ceremony? There are a few reasons behind the decision, but it ultimately boiled down to a feeling that the show could actually work better without a host — something that was influenced by another major award show earlier in the year.

CNN reported from the Television Critics Association press tour about the semisurprising decision. Fox Entertainment CEO Charlie Collier explained the choice as meant to keep focus on the nominees, rather than on the gimmicks a host often brings. "That's 15 to 20 minutes you can't use to salute those shows," he pointed out, citing the lengthy and often-mocked "bits" that drag the show out to let the host step into the spotlight. Instead, the producers chose to use those interstitial moments to take time and pay tribute to an unusually large number of highly acclaimed shows (many of which are nominees) that are ending or have recently wrapped.

Finally, the positive reviews for this year's host-less Oscars may have influenced Emmys producers to skip the host, too. The 2019 Oscars had an uptick in critical reviews and viewership, likely in large part due to the shortened run time thanks to a host-free show. Will the Emmys get the same reaction? Read on to see what viewers are saying already — including a plea to let Catherine O'Hara host already!

Jacob Elordi
Is Nate Secretly in Love With Jules on Euphoria? The Clue You Missed
by Hannah Resnick 20 hours ago

by Ariel Baker 20 hours ago