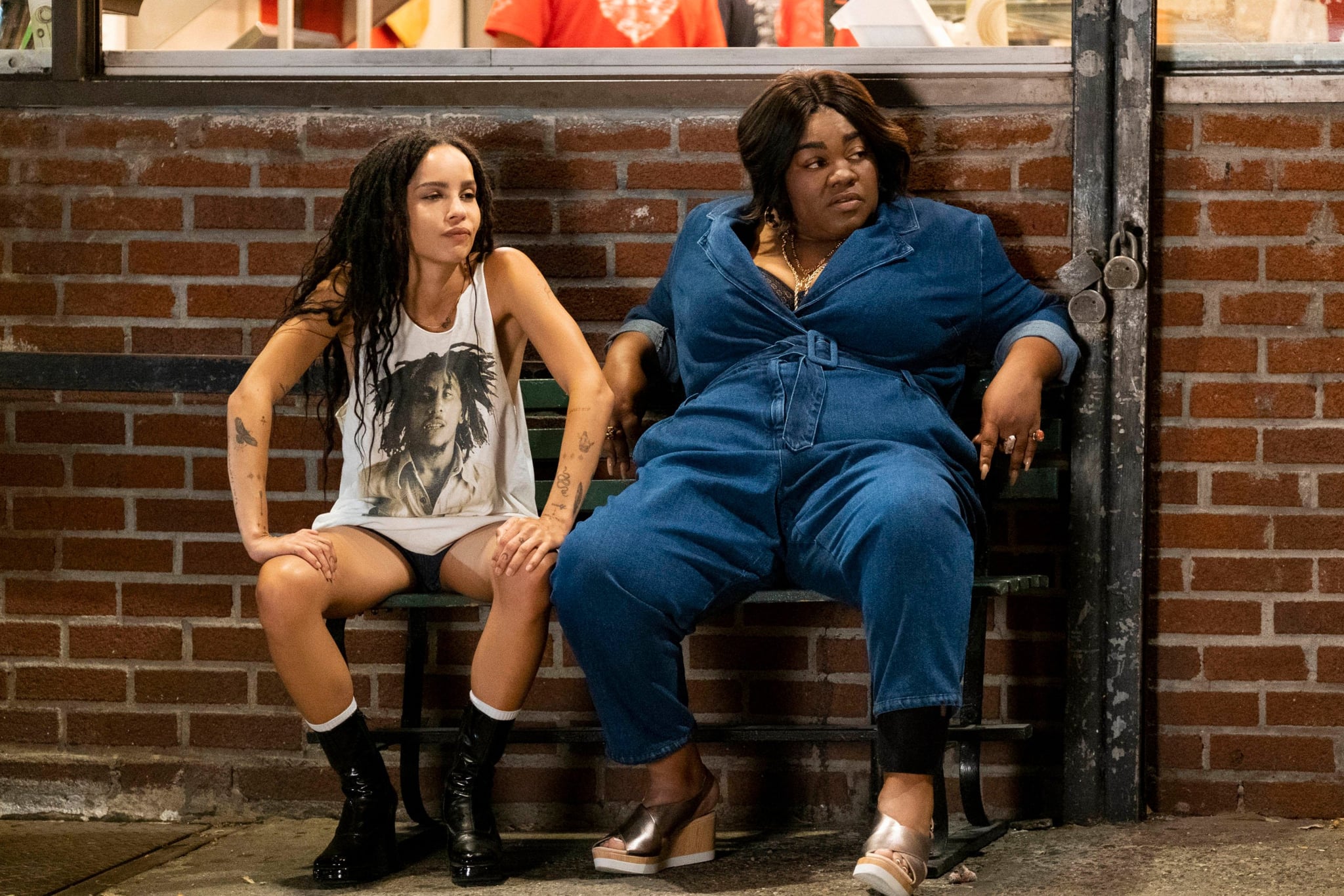 Breakups suck — a sentiment that I found myself face to face with upon hearing the news about Hulu's decision to cancel High Fidelity. I'll admit, when I first heard that Hulu had decided to revive the intellectual property for a series, I wasn't completely thrilled. Unpopular opinion: I wasn't head over heels for the John Cusack film, and I never read Nick Hornby's book. Once I saw Zoë Kravitz and Da'Vine Joy Randolph were part of the lineup, dread quickly turned into anticipation.

Hulu's reimagining of High Fidelity follows Rob (Kravitz), a record-store owner still reeling after a traumatic breakup with her ex-fiancé. Wondering if there's something wrong with her, she hunts down her exes in search of answers. Each episode is accompanied by a killer soundtrack to guide us through the narrative while providing insight into its characters. But this Rob isn't the basic white boy from the previous iterations; she's a messy, beautiful, bisexual Black woman.

After one season, execs at Hulu decided to cancel the series, thereby forcing me to add it to my desert island All-Time Top Five Most Memorable Heartbreaks of television. It remains unclear as to why, in an era that's in dire need of a culture shift, Hulu would cancel a critically acclaimed series that includes several diverse characters as leads.

High Fidelity had barely begun to bloom by the end of the first season, yet I still felt a kindred connection to each character and their sometimes toxic, sometimes selfish, sometimes insecure traits. Those characters represented me and my peers, all in our late 20s or early 30s, just trying to figure it out, learning how to navigate the need to cherish new things while being afraid to lose ourselves to the faux personas that exist within this new digital age. We continue to reach back for the nostalgic, opting for vinyl instead of Spotify. And, unlike an expertly crafted playlist, there are complications.

Each character had qualities we could identify with. Rob is a jerk sometimes, so self-involved that she's completely ignorant to the lives of the people around her. The next minute, she's warm and supportive, willing to sacrifice prized possessions to pour into her friend's dream. Simon (David H. Holmes) is afraid to ditch the familiar to take a chance on a relationship with someone new.

And then there's my favorite character, Cherise (Randolph), who flips the script on the stereotypical supporting role. She's a wildly outspoken music aficionado and, despite her friend's disbelief, an aspiring musician. From the first episode, Cherise is a dominant presence both on screen and within her friendship with Rob and Simon. But as her character unravels, we see that although she's confident in her music choices and daily routine, when it comes to her craft, she's timid. Cherise is overprotective of her art, sensitive about how and when she'll finally present it to the world. We know these people, we are these people, and there aren't a plethora of shows that approach these characters in such a genuine and authentic fashion.

Kravitz, who was also an executive producer, posted a photo of the cast on her Instagram with the caption, "I wanna give a shout out to my #highfidelity family. Thank you for all the love and heart you put into this show. I'm in awe of all of you. And thank you to everyone who watched, loved and supported us. #breakupssuck."

A flood of responses started to pour in from fans and celebs including Mindy Kaling, Reese Witherspoon, and Halle Berry, expressing their sadness for the show's cancellation. Tessa Thompson commented on the photo, "I will miss you alllllllllllll so much." To which Kravitz replied, "It's cool. At least Hulu has a ton of other shows starring women of color we can watch. Oh wait."

She's right. It's not often that there is a series or film with such a diverse cast that doesn't use the subject of race as a focal point. We realize the streaming shelf life of a series continues to shrink, especially inside the vacuum of a global pandemic, but we can't help but to notice where these platforms decide to trim the fat.

High Fidelity is one of the few Black-led series Hulu had in rotation. This was an opportunity for Hulu to demonstrate its commitment to uphold the mission of diversity in Hollywood, assuring its audiences that these stories matter.

Award Season
Jazmine Sullivan Urges Men to Rally For Abortion Rights at the BET Awards: "Stand Up"
by Kelsey Garcia 4 hours ago