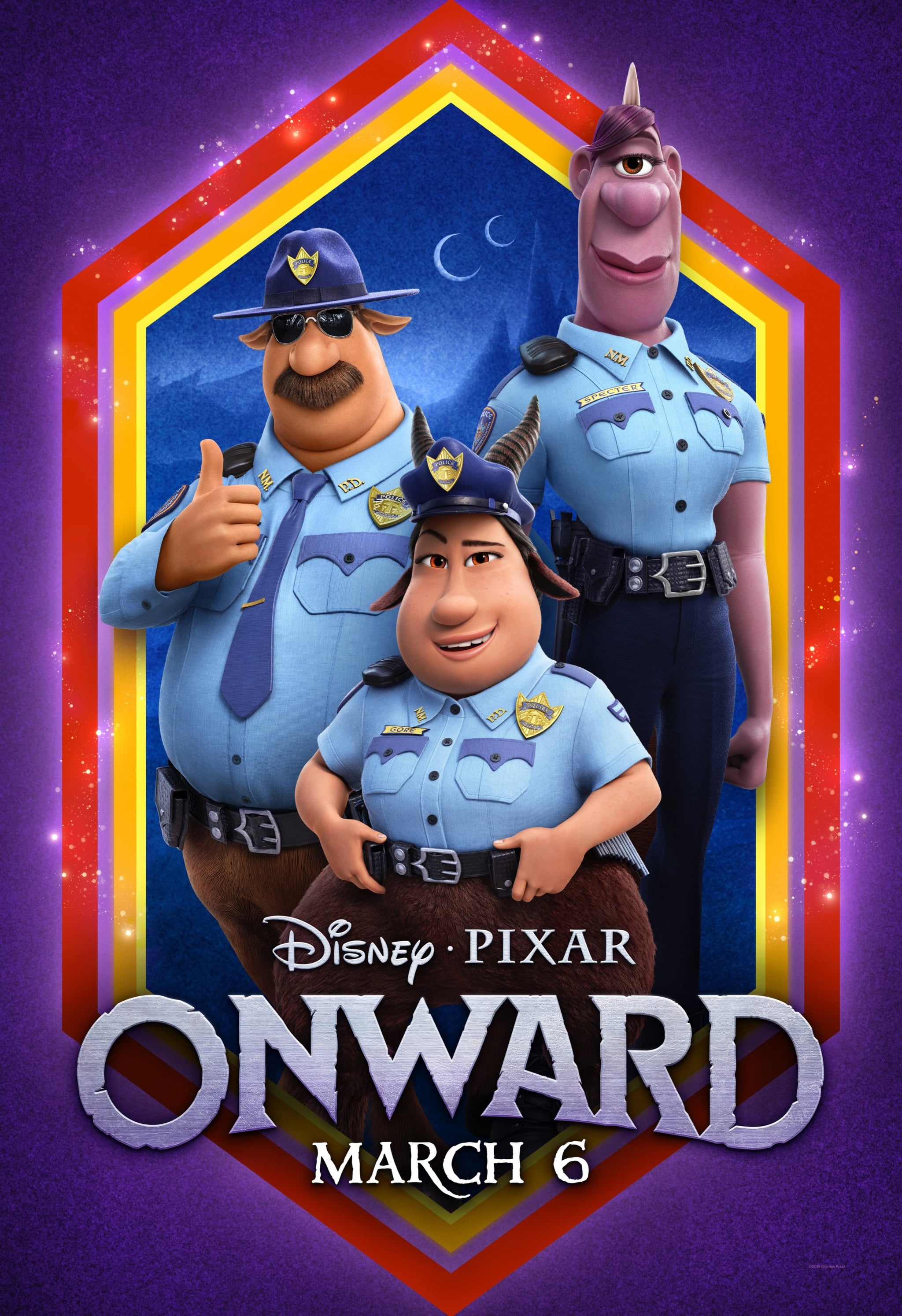 When Disney-Pixar announced that Onward would feature the studio's very first openly gay character, the internet exploded with talk of heightened inclusivity and diversity in children's films. However, after it was revealed that the character in question, a purple cyclops cop, only appeared in one scene to deliver one nonchalant line about her girlfriend, the enthusiasm started to fade.

For the past several years, fans have been begging to see more inclusive characters in highly influential children's productions, even going so far as to create their own gay icons in the rare absence of a painfully straight Prince Charming love interest (We see you, Elsa!). These rumors made for fun Twitter threads and creative speculation, but major production studios never confirmed that any characters were officially gay until now.

Let's start with the positive: For once, LGBTQ+ audiences don't have to rely on theories to see themselves represented onscreen. Coming from a studio with so much social influence, this feels like a step in the right direction. Additionally, Officer Specter's identity isn't completely dependent on her sexual orientation, which is often the norm for LGBTQ+ characters.

"A passing reference to a girlfriend isn't really enough to characterize the relationship as meaningful."

"The significance of heterosexual characters' narratives are not assumed to be dependent on their sexuality as it is assumed to be the norm or compulsory," says Dr. Maurice Gattis, associate professor at the Kent School of Social Work and an iCubed visiting scholar at Virginia Commonwealth University's School of Social Work. In other words, heterosexuality is the norm for characters in media. To him, Officer Specter seems like Disney's attempt to normalize LGBTQ+ relationships, although a passing reference to a girlfriend isn't really enough to characterize the relationship as meaningful.

A historically significant character like this deserves more than a few seconds of screen time. Minimizing the role of the first ever lesbian character in a Disney-Pixar film feels reminiscent of "queerbaiting" so as to make headlines, appeal to the LGBTQ+ community, and appear more progressive. As Dr. Gattis says, "The superficial nature of the relationship may be a letdown for members of the LGBTQ+ community who go to see the film because of the advertised inclusion of a lesbian character."

In the future, Disney needs to focus on making LGBTQ+ representation feel more intentional and less like an afterthought, to emphasize that their choices are more about authentic LGBTQ+ representation than they are about viral hashtags and strategic marketing. Dr. Gattis also suggests that "Showing [an LGBTQ] couple engaged in age-appropriate affection the same way that heterosexual couples in Disney films do would be a meaningful change."

While Officer Specter's inclusion isn't perfect by any means, it has at least sparked a discussion about the way in which films represent the LGBTQ+ community. Next time, maybe Disney-Pixar will feature a character that gets placement in a film's trailer, or hey, even a photo or poster without other characters!

Tyler Posey
Tyler Posey's Dad Is Joining Him in "Teen Wolf: The Movie" — Here's Where You May Know Him From
by Eden Arielle Gordon 5 hours ago