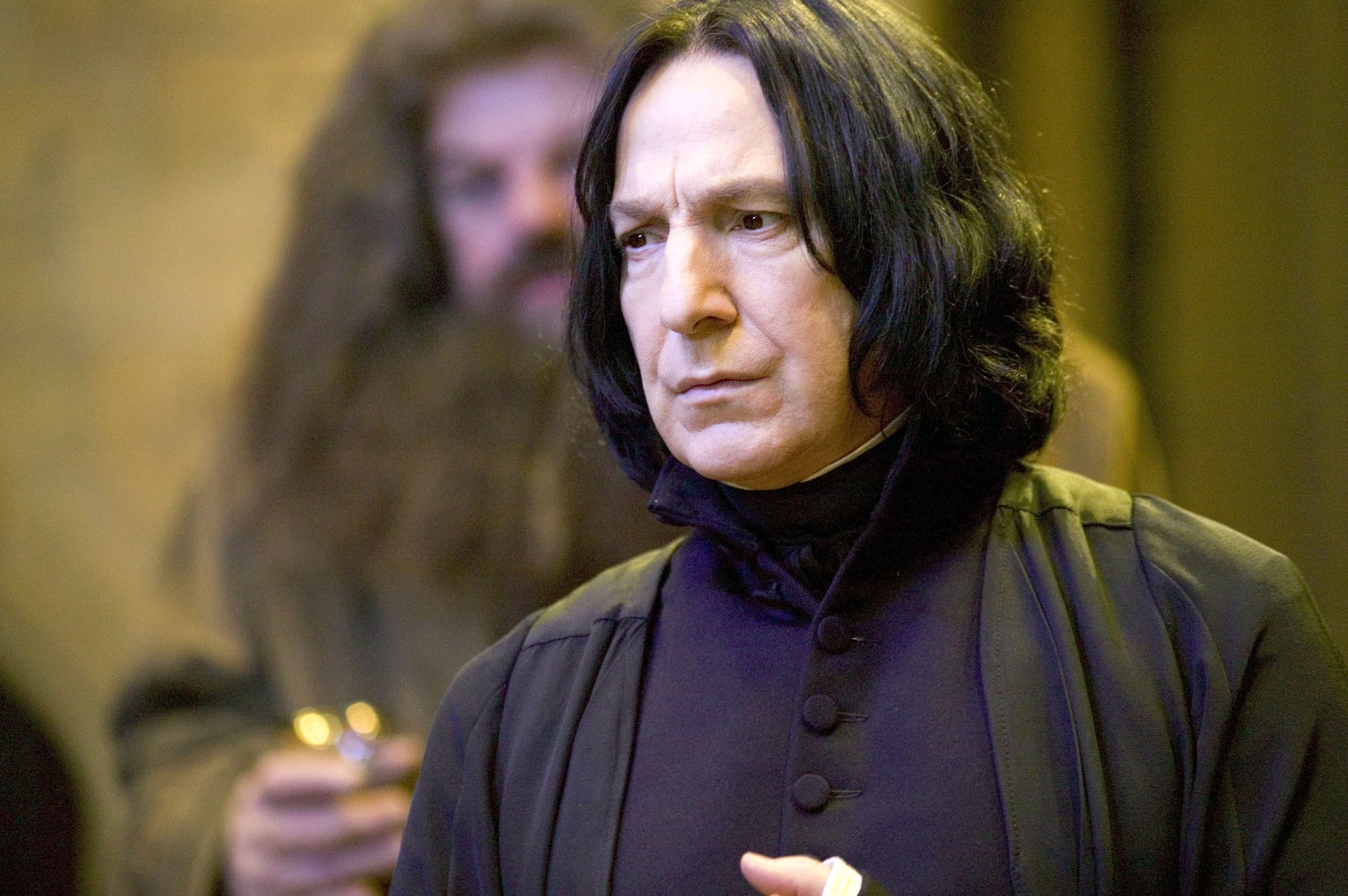 The Potterverse has seen its fair share of heroes and villains, but Severus Snape has always been the best overall character, in my opinion. Sure, the Golden Trio are iconic, but none of them are as complex as Snape. Snape may have started off as the villain, but by the end, he is the real hero. But how does someone even begin to explain Snape? The Half-Blood Prince made quite the impression. From his zero f*cks attitude to his greasy hair look, there are numerous reasons to love Snape. That's why I've rounded up the top six reasons why he'll forever be the best character in the film franchise.

The late Rickman nailed the role with his perfectly delivered lines, dry humor, and facial expressions. His performance constantly kept us guessing Snape's true motives. It wasn't until Snape's death that we realized Dumbledore had been right to trust Snape. Of all Rickman's moments throughout the films, my favorite is from Order of the Phoenix, when Umbridge inquires about his desire to be the Defense Against the Dark Arts professor. Look at this classic performance:

Even as a student, Snape is ahead of his time. While in school, he invented spells, including Levicorpus and Sectumsempra, and amended procedures to improve various potions (Just look at his personally annotated copy of Advanced Potion Making!) And as he grew older, his knowledge of potion brewing, spells, transfiguration, and charms only expanded with years of experience and experimentation. He was capable of brewing highly complicated potions such as the Wolfsbane Potion and Veritaserum, as well as using nonverbal spells and performing wand-less magic. He also is a Dark Magic genius. It's his deep understanding of the Dark Arts that enables him to slow the spread of the curse from Marvolo Gaunt's ring on Dumbledore's hand. Lastly, Snape is arguably the best Occlumens. After all, he did perfectly conceal his thoughts from Voldemort, the best Legilimens, for years.

3. He's Protective Over His Students

While Headmaster of Hogwarts, Snape has access to Dumbledore's office, which has a lot of invaluable instruments, including the pensieve and Dumbledore's portrait. Yet, he never gives such tools to Voldemort. Snape is also able to keep the Death Eaters, especially the Carrows, in check regarding the torture they inflict upon the students. For example, when Ginny, Luna, and Neville try to steal the sword of Gryffindor, Snape punishes them by sending them into the forbidden forest with Hagrid. Lastly, Snape is able to give authority of Hogwarts back to the Order without blowing his cover or harming anyone. Instead of retaliating when McGonagall engages him into an intense duel, he blocks all her attacks. He never tries to harm her or deflect any of the spells onto the students. Instead, he uses McGonagall's attack as an opportunity to take out the Carrows. 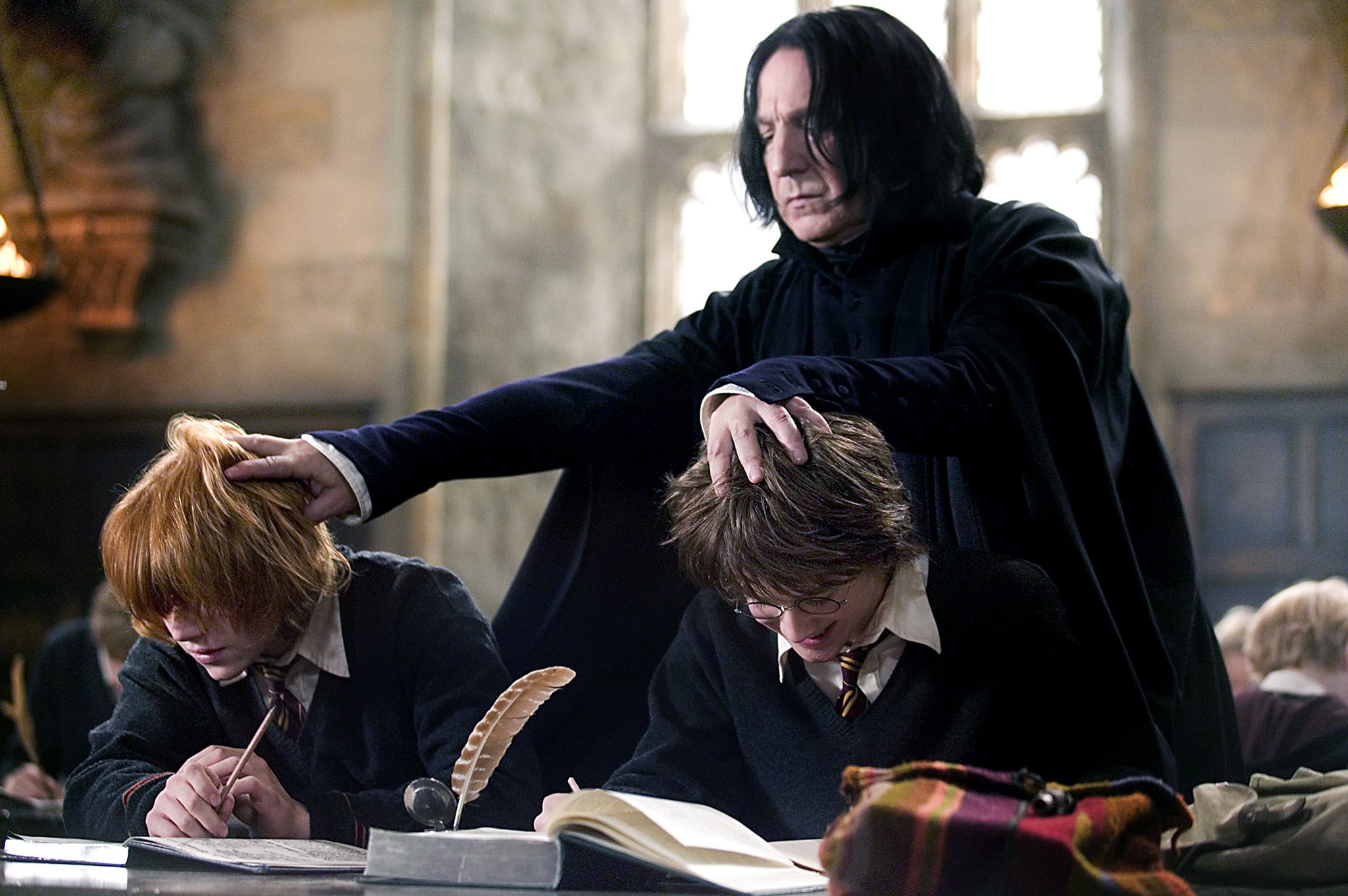 4. His Undying Love For Lily

Although his unrequited love can come off as a bit creepy, his unconditional love for her is inspiring. He may have been the one to report the prophecy back to Voldemort, but he does everything in his power to protect Lily, and eventually Harry, once he realizes what he has done. Hence, it's his strong love for Lily that ultimately leads him on his journey from villain to hero. He tries to redeem himself and become a better man for her. Everything he does is for her. If he had never met Lily, Voldemort and his followers probably would have won the Second Wizarding War, since I don't think Snape would have switched sides. That's how big of a role he plays in the destruction of Voldemort.

5. His Unwavering Loyalty to Dumbledore

Snape's allegiance to Dumbledore is so strong that he agrees to murder our beloved headmaster with the Killing Curse upon his request. Although Snape has tortured and killed in the past for Voldemort, killing one of the most beloved wizards of all time couldn't have been an easy task for him. Then, there's the isolation and loneliness he must have felt with everyone hating him for killing Dumbledore. Although Snape had always been a loner, sending his only support and confidant to his death is sure to have lasting emotional and psychological effects. Life as a double agent must have also been physically and emotionally exhausting, especially when he had no one to really express his emotions to. Even before Dumbledore's death, he only passes on important information about Voldemort to Dumbledore and the Order — he never discusses how he feels about being a spy to anyone. Keeping all those emotions bottled up couldn't have been healthy.

6. He Sacrifices Everything For Harry

Snape does everything in his power to protect Harry once he arrives at Hogwarts. Time after time Snape saves Harry's life — the first time being when he mutters the counter curse that Quirrell puts on Harry's broom. Then there's the time when Harry assaults Snape with various spells after the Battle of the Astronomy Tower. Snape makes sure to block all of Harry's spells, as well as order all the Death Eaters to flee to ensure Harry remains unharmed. He also gives Umbridge fake Veritaserum to use on Harry and withholds further assistance when she asks for more. He physically places himself in front of Harry, Hermione, and Ron to protect them from a recently transformed Lupin and sends his Patronus to guide Harry to the sword of Godric Gryffindor, too.

The list goes on and on. He may appear sneering and unbearable at times, but he always protects Harry without consideration for himself. Snape may have died on Voldemort's orders, but it's his devotion to protect Harry that ultimately leads to his untimely death.