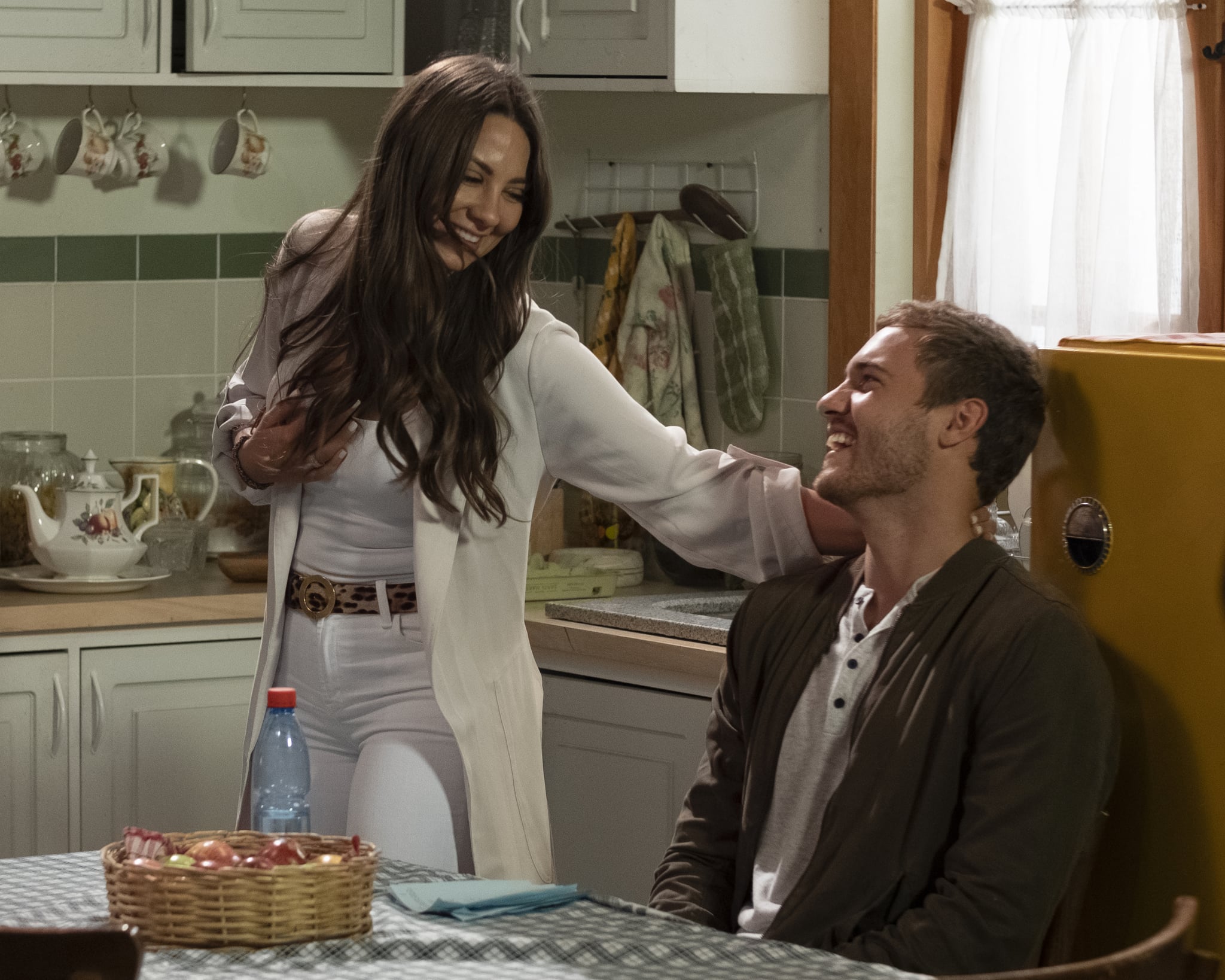 As the cast of Peter Weber's season of The Bachelor reunited on Monday for the Women Tell All special, one woman was notably missing: Kelley Flanagan, the lawyer who met Peter before the show began and came in fifth this season.

Kelley wasn't the only woman not there — Natasha Parker, who was eliminated halfway through the competition, also didn't attend the reunion — but we've never seen someone make it as far as Kelley and then get completely dropped, so why wasn't she there? We may never get a definitive answer, since so much of The Bachelor's production is shrouded in secrecy and confidentiality requirements, but spoiler maven Reality Steve tweeted his thoughts on the situation, suggesting that Kelley somehow got on the bad side of producers. "Kelley told people she wasn't invited to the WTA. This is true. Why? I have no idea. But if you finished 5th & you were popular on the season, & you don't get invited to WTA, it means they didn't like her. No other reason. Not sure why Natasha wasn't," he tweeted on Feb. 22.

Related:
There's a Theory That Kelley Flanagan Wins The Bachelor, So Let's Break Down the Evidence

Kelley gained a reputation during her time on the show for calling out the constant overproduced drama and even telling Peter himself that everything didn't have to be so overdramatic. Keeping that in mind, it wouldn't be too surprising if production chose to keep her off the invite list because her callouts kept breaking the fourth wall of the story they've been crafting this season. This season has leaned heavily into the drama, even more so than usual, so it's possible the producers simply wanted a more dramatic WTA, rather than having Kelley there to point out the ridiculousness of it all.

What makes it even weirder? Kelley was in Los Angeles on the weekend the reunion was filmed — and she was even hanging out with some of her former castmates! She shared photos on Instagram of her with several of her friends from the show, including Mykenna, Kelsey, Savannah, Tammy, Shiann, Lexi, Kiarra, Sarah, Kylie, Payton, and Sydney. Kelley's lack of inclusion on the WTA special is just the latest piece of inexplicable drama in a season packed with it.