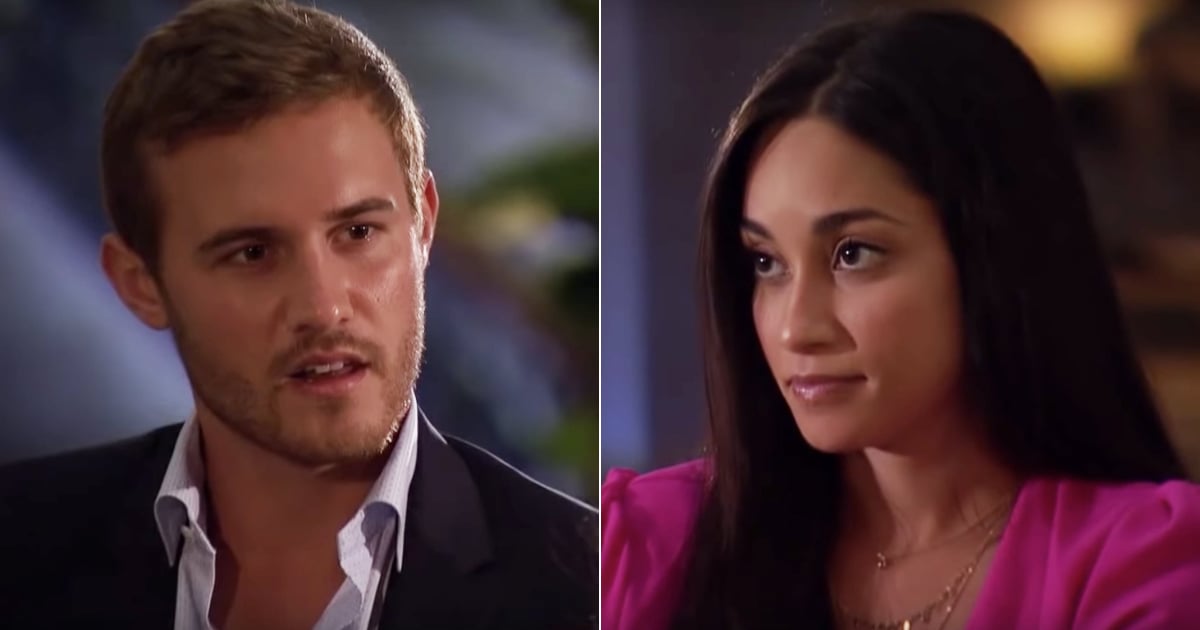 Yet again, I've come here to say the producers on The Bachelor have gone too far. This time, however, it's not to say that they've needlessly dredged up painful family memories, maliciously aired a breakup that should have been kept private, or overlooked racist and homophobic comments in a contestant's past social media — not the franchise's first brush with poor background checks, incidentally. I'm not even here to harp on the fact that this season's dates have included fashion shows and pillow fights (but it's OK because there was a football date, too, right?).

No, Peter Weber's season is simply overly produced to the point of blatant meddling and manipulation. It begins in the premiere, in which we learn that Peter had a chance meeting with Kelley Flanagan prior to filming. No big deal — except that later in the episode, there's a group date at the very hotel where they first danced and sparks flew. This is an obvious setup for the remaining women to be jealous of Kelley, and it was only exacerbated when the producers allowed her to cheat her way into one-on-one time with Peter. I get that this isn't Survivor, but the woman took a shortcut through an obstacle course — unacceptable. 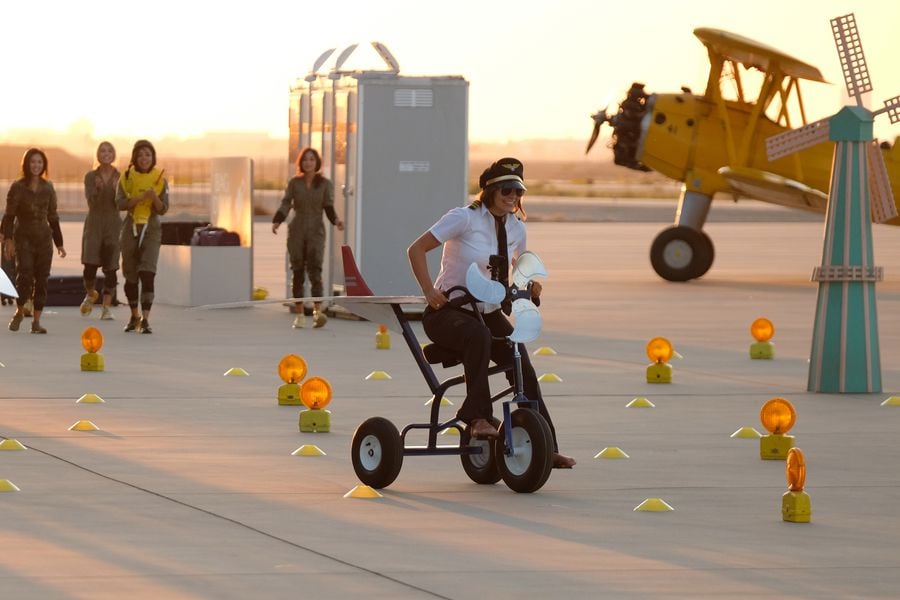 Then there was the Hannah Brown factor. There's a precedent for Bachelor and Bachelorette leads of seasons past to come back and wish the new leads luck, but it was clear that neither Hannah nor Peter had sufficiently licked their wounds after their failed relationship. For argument's sake, let's say producers didn't realize how tenderhearted they still were. They surely would have known after Hannah's breakdown during the doomed group date. Because it's good TV, though, cameras documented every moment of her conversation with Peter — running mascara and all. Hannah clearly knows what she signed up for, but you can tell by the way she backed into the bright lights of the makeup vanities that she did not want to be on camera. Of course, they dragged that confrontation out for two episodes.

Let's talk about Champagne-Gate. Kelsey brought a bottle of finely aged Champagne (no comment) with the hopes that she and Peter would open it together. Hannah Ann thought the producers set up the Champagne for her and opened it with Peter. Drama ensued, and it was revealed that there was in fact a second Champagne bottle that was provided by the producers. Let's not for one second assume that the producers weren't watching Hannah Ann and hoping for this exact outcome to create enemies within the mansion. A glaring move on their part, but not terribly harmful.

Onto this season's biggest "villain," Alayah. The women didn't like Alayah for a variety of reasons. They told Peter, Peter listened (praise be), and Alayah didn't get a rose. The producers then allowed Alayah to come back on the following episode, and Peter invited her back onto the show, giving her the sole rose on a group date. The remaining women, who physically tackled each other in order to secure time with him earlier in the day, were rightly frustrated.

This marks an unfortunate trend for the franchise in which producers invite contestants who have been eliminated to come back and explain themselves. Just last year, Hannah Brown had to suffer through a millionth conversation with Luke Parker when he was allowed to return after she finally kicked him off her season. How many times did she ask him to leave before producers intervened and removed him? Oh wait, they didn't intervene at the one time they should have.

Finally, the curious case of Victoria Fuller. Her dating history already the subject of internet rumors upon her casting, Victoria was selected for a one-on-one date with Peter during the fourth week. She and Peter were having the time of their lives . . . until he led her over to a semiprivate concert. The date took an immediate left-hand turn when Victoria realized that the singer was Chase Rice, with whom she shares a history.

There are a few layers to this one, folks. Layer No. 1: the producers dive into the dating histories of potential contestants with the voracity of hyenas ripping into prey. There's no way they didn't know that Victoria and Chase knew one another. This is cruel enough. Layer No. 2: Victoria is thrown for a major loop and seems convinced that Peter will reject her upon finding out about her "ex." If you were like me, you might be wondering why Peter would care. People date, it's a thing. We know Peter's ex very well. Her panic might be because of Layer No. 3: according to Chase, he and Victoria only "spent a night together" while he was touring. Now imagine being Victoria on a dream date with a man who she's hoping will become her husband, only to be confronted with a one-night stand. Try explaining that to Peter on camera without giving America license to publicly slut shame you. This was a setup no matter how you slice it, and Victoria was never going to come out unscathed.

But that's not where it ends! Alayah, fresh from her stint in the real world, has come back to the show equipped with the knowledge that Victoria knew Chase Rice, and spilled the info to the house. Victoria, who chose to keep the details of her date with Peter to herself, is now in a position of explaining herself. This is all bullsh*t that could have been prevented.

"The most dramatic season yet" doesn't have to mean "the most heavily produced season yet."

"But Maggie," you say, "all reality TV is fake anyway!" You're not giving contestants enough credit. Producers cast the show, plan the dates, coach contestants to talk and behave in ways they otherwise might not, and even influence the lead's decisions at rose ceremonies. Frankly, these behind-the-scenes duties all lead to a more entertaining show. The feelings, however, are not orchestrated (save for the token dead-inside villain, naturally). Some people sign up for The Bachelor and The Bachelorette "for the right reasons," and others still sign up to become influencers only to accidentally fall for the lead.

Why isn't it enough to let their emotions lead the show? "The most dramatic season yet" doesn't have to mean "the most heavily produced season yet." This show constantly reminds us that it's about finding true love, but this season has marked an all-time low. It's not about love; it's about blindsides, petty fights, and pasts exploited at the expense of contestants. How far off track does this franchise go before they realize that we want them to return to basics? Protect your leads, perform due diligence when casting contestants (don't rely on crowdsourcing for research), don't use their pasts against them for storylines, and focus on the (supposedly) real point of the show: love.