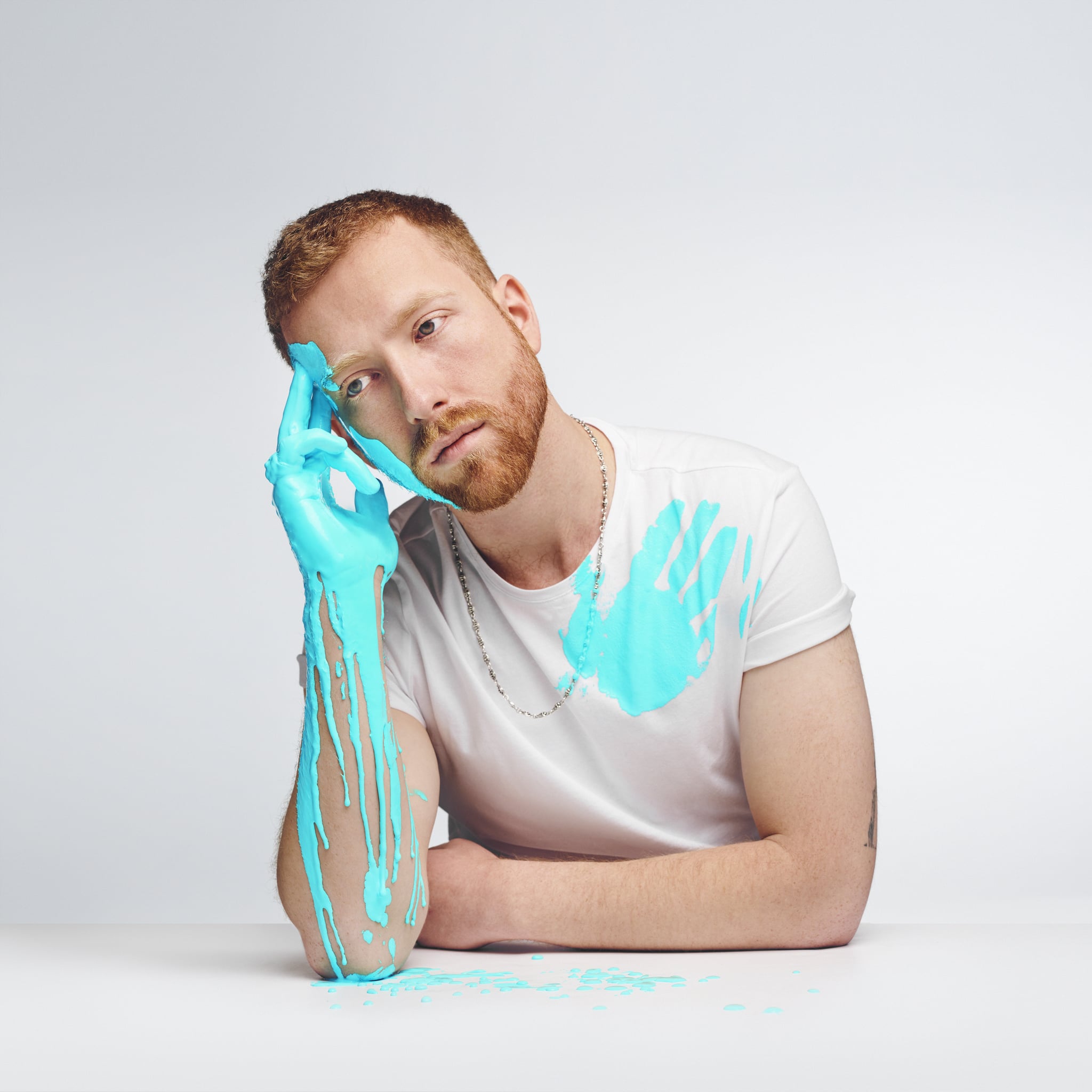 One of the most beautiful things about music is how you can continuously tie artists together and find new music by following the web of musicians. That's how I found JP Saxe, and oh my good lord, you guys, I need you to come along on this journey with me. The singer just released his first EP, Hold It Together, and it's one of the most honest and lovely collections of songs I think I've ever heard.

I stumbled upon JP through a few of his labelmates (Louis Tomlinson and Greyson Chance) and saw him in concert when he opened for Noah Kahan. I may have been new to JP, but he had me sold when he ever so politely scolded the audience at the show for being rude during his set. Whereas some artists might have pitched a fit that the crowd was talking during their set, JP was chill and just went on with his set, winning over the audience with his heartfelt songs. I got sucked in right then, and I think if you give his music a listen, you will too.

There's a good chance you've heard the Canadian singer's recent hit that he wrote with girlfriend Julia Michaels, "If the World Was Ending," considering the video has over 60 million views and counting. This song, which JP said in a press release at the time, was about "the reasons people have to not talk to the people they really want to talk to . . . but know they shouldn't talk to, and how many of those reasons would hold up in the apocalypse." It's a haunting song from the two incredible musicians (it's not surprising Julia cowrote it, considering she's written some of today's most stunning songs) that feels right at home on JP's EP.

The song sits along five other tracks on Hold It Together. JP previously released "25 in Barcelona" in 2018, which coincidentally is how he linked up with Julia in the first place, he told Entertainment Focus. She posted the song on her Instagram, he slid into her DMs, and the rest is beautiful history. I like to think she's been the inspiration behind at least some of this EP — especially the song "3 Minutes." The chorus is quite possibly the most lyrical genius I've ever heard in all my life. "But you got a lot of great songs 'bout a lot of sh*t guys / You did more with 3 minutes than they'll do with their lives / And we'll buy ourselves houses with our heartbreak songs / F*ck everybody else who ever treated us wrong."

I know Julia's used her music as catharsis over the years — she even spoke to POPSUGAR about it — so it feels fitting that "3 Minutes" is about her. But regardless of who it's about, get you a partner who is so supportive that he writes about how the two of you are better off together than you ever were apart. It's easily my favorite song on the EP, and it's damn good live as well.

To be fair, all of JP's songs are really good live, because the music is so good to begin with. He told Wonderland magazine that he's all about oversharing, "Otherwise I'm just up on stage lying to myself every night." And you can feel that in each one of his songs. There's a lot of music that I listen to and think to myself, "Oh yeah, this is me," but nothing quite like "Explain You." The song opens with JP saying his therapist calls you a learning experience and how missing you is getting expensive. Like, excuse me, did we have a conversation about my last breakup, because this sounds painfully familiar.

Maybe that's why I like this EP so much — there's love and there's loss and there's hope, and there's all those things we all go through, illustrated beautifully in song, especially in the title track "Hold It Together." There's also "Sad Corny F*ck," which you should just watch the brand new video for and talk to me when you're done.

Take my word for it and check out JP's EP, and then find him on tour. Next up he's heading out with Lennon Stella in Europe, but I've got all my fingers crossed that another tour will follow soon after, possibly one in the US. (Ahem, talking to you, JP!)