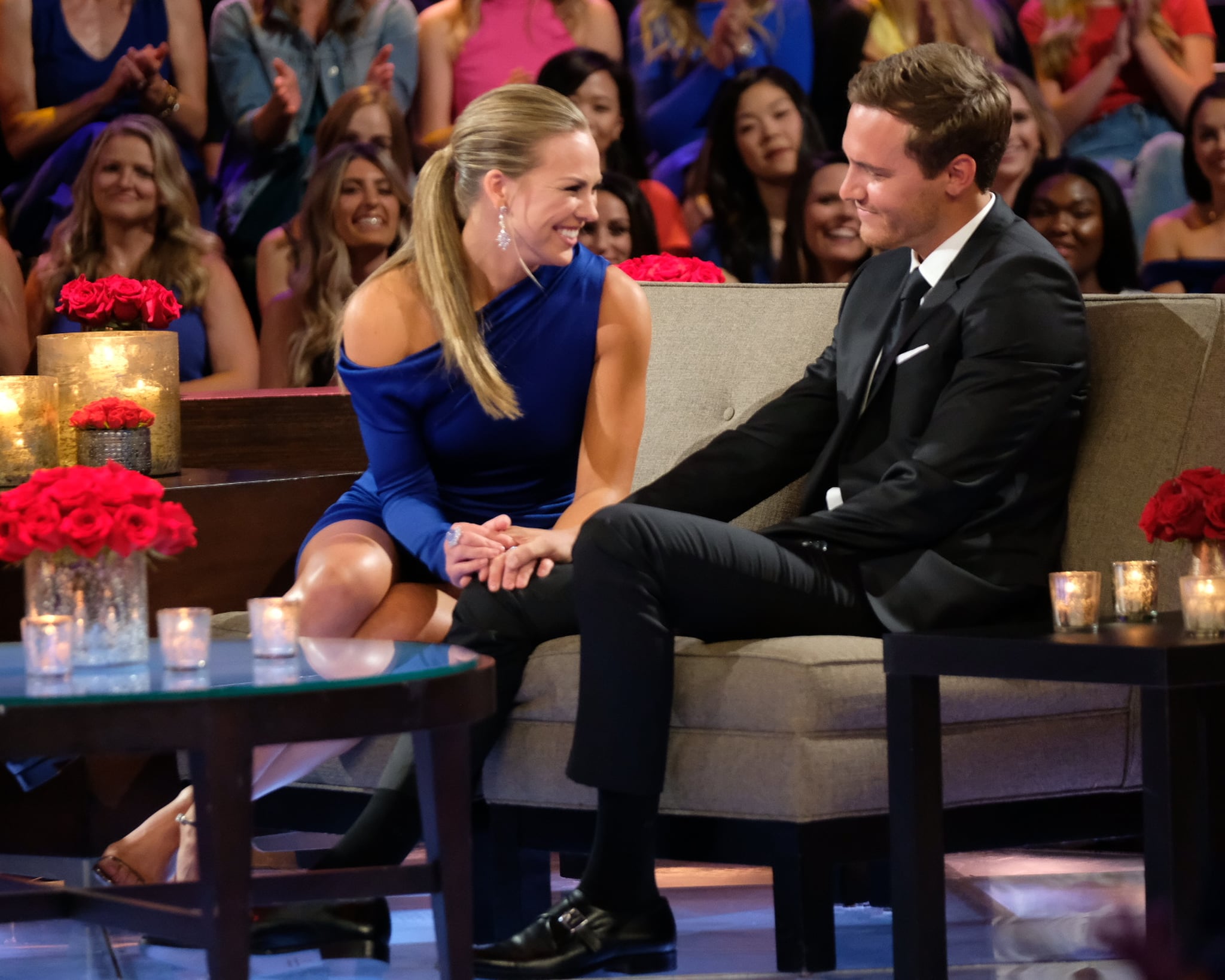 Anything is possible when it comes to The Bachelor — it's just that kind of show. But we'd be lying if we said we weren't scratching our heads over the rumors that Hannah Brown, the most recent Bachelorette and Dancing With the Stars winner, was returning to the show to compete for Peter Weber's heart. Hannah sent Peter home on season 15 when it got down to the final three, so what is she doing back to win his heart?

In the trailer for season 24, Peter is just as confused as we all are that Hannah has returned. The two look super comfortable and touchy-feely with one another, and it becomes clear that there are still sparks after everything they've been through together.

"Making decisions for my heart, because I know there's still something there, and I would do anything for a relationship," Hannah tells Peter in the trailer. So it looks like Hannah and Tyler Cameron are really just going to stay exes?

The trailer continues with Peter suggesting a way that he could reconnect with Hannah. "Hannah Brown, what I'm about to say is extremely crazy," Peter says. "What would you say if I ask you to come be part of the house?" We can only imagine how strange it must be for Peter to see an ex he was once in love with, let alone have her live in the Bachelor Mansion and date her again along with two dozen other women.

According to Reality Steve, a Bachelor franchise spoiler, Hannah comes on The Bachelor to plan a group date for some of the women. Apparently, the show is just trying to make the audience think that she's joining the show (hello, editing!), but that's not the case. So if Hannah and Peter reuniting for another shot at love seemed like a longshot, it might be because it is.

The moral of the story here is that while it's tough to quit a man you f*cked four times in a windmill, it is possible to move on.