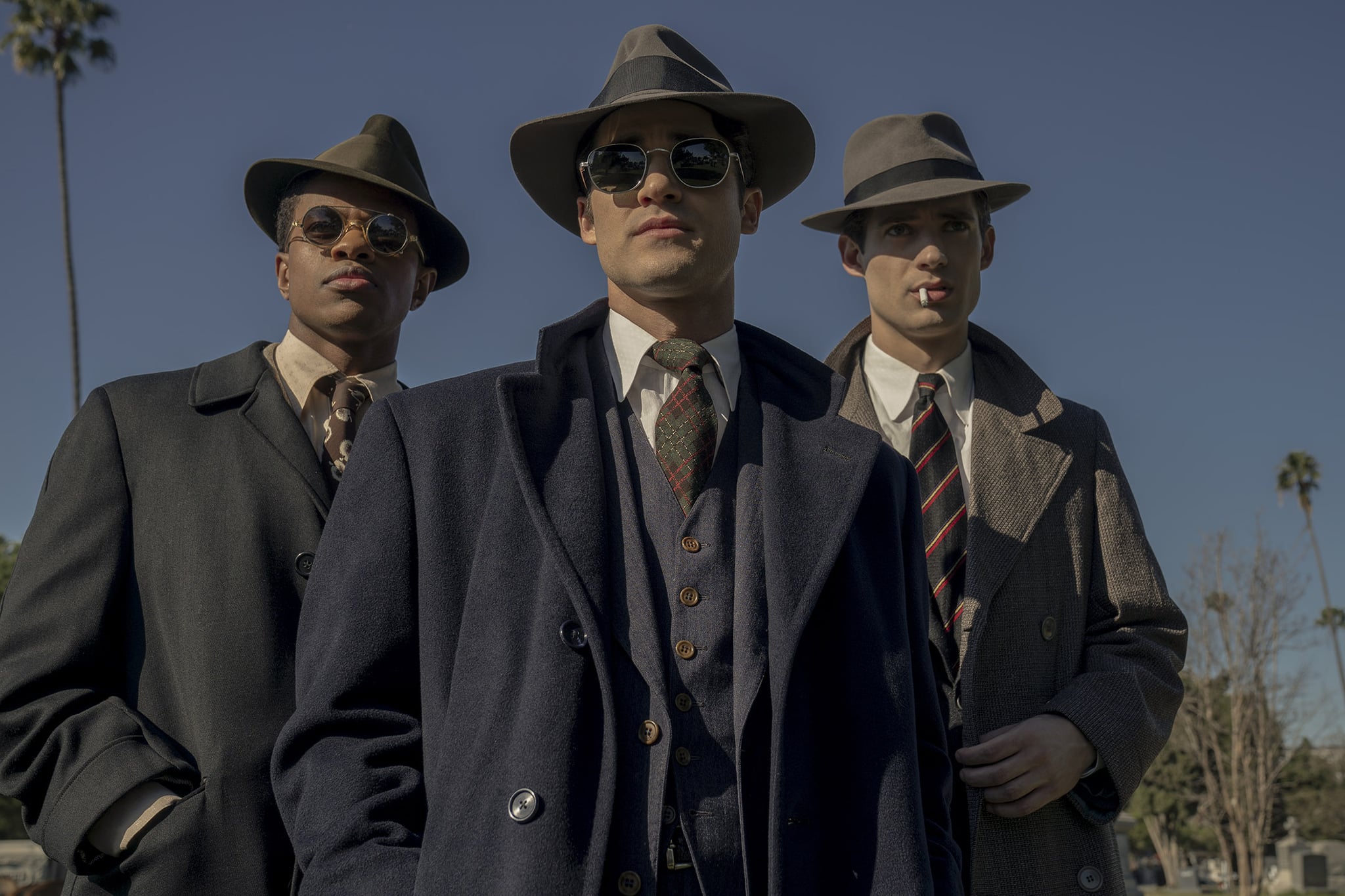 Although there's been no word on whether or not Ryan Murphy's Hollywood will be renewed for season two, a post on Tuesday from the official Hollywood Instagram account has us hoping we'll hear soon. It didn't take long for Murphy's first Netflix show to garner a following — whether that's from people coveting the fabulous '40s fashion, swooning over the hot cast, or tuning in for the slightly historical plot — and fans can't seem to get enough. Hollywood was envisioned as a limited series, which begs the question, what would a season two even be about?

When questioned about whether or not he was open to expanding the world of Hollywood, Murphy told The Hollywood Reporter, "I don't know. I could see at the end of this creating the idea of, 'Well, what would the world look like?' I would never follow the characters again." Does this mean that Hollywood could be the next anthology series in Murphy's wheelhouse? To that he said, "This was designed to be seven episodes. That's kind of what it is." However, when he saw the final cut of the show, he couldn't help but add "The Beginning" rather than "The End" since he had such an "emotional reaction" and didn't "want it to end" as "it's the beginning for so many things."

Related:
Netflix's Hollywood Is Inspired by True Stories, but Meg (aka Peg) Is a Fake Movie

So does this mean that it's the end of Hollywood? Not necessarily. Due to Murphy's emotional reaction, his attachment to the characters, and the success of the show, we wouldn't count a second season out just yet. Murphy even said it himself that he and Netflix wouldn't discuss a second season unless Hollywood was a success and well . . . it was. Here's to hoping that Netflix and Murphy hear our prayers and gifts us with a season two soon!