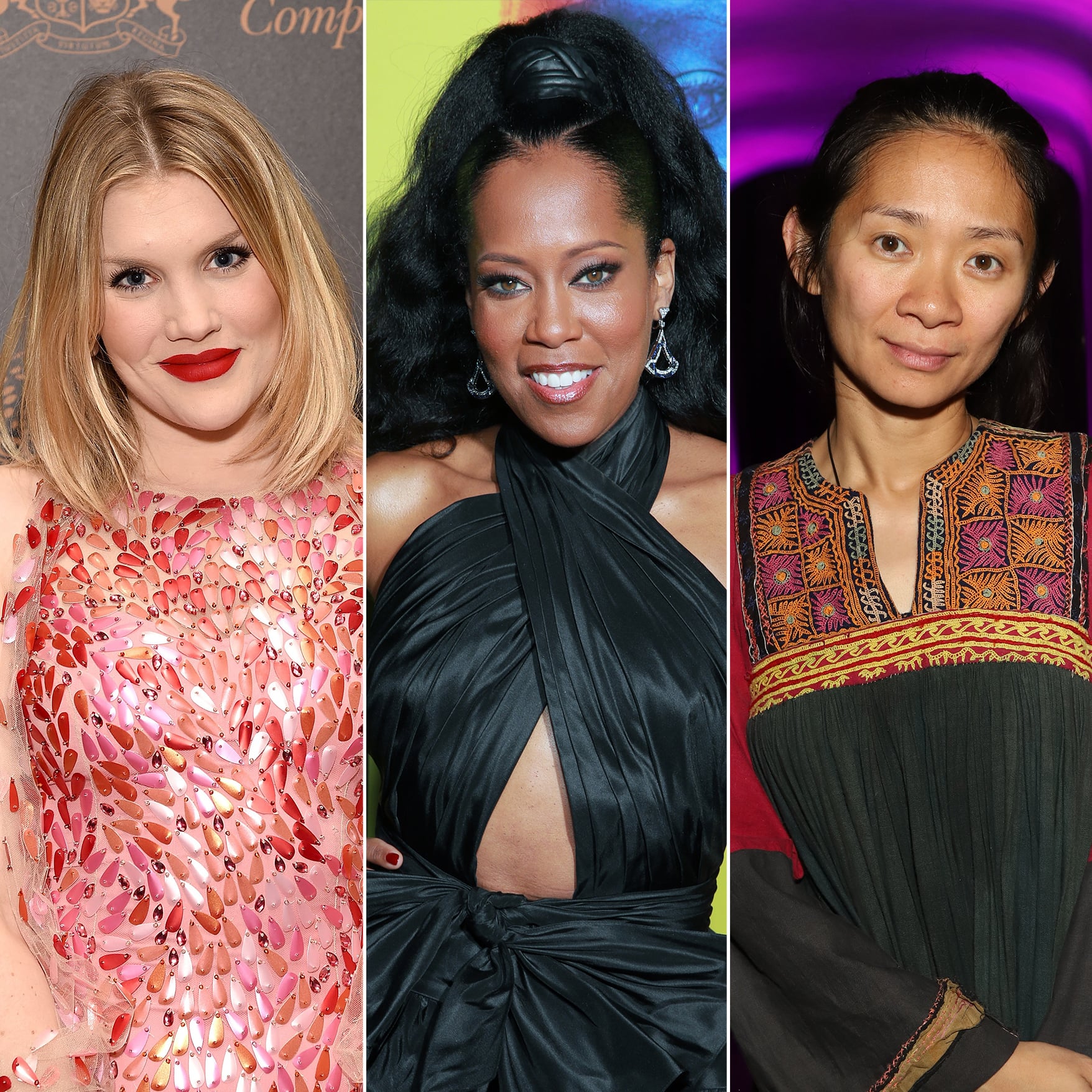 Image Source: Getty / David M. Benett / Rich Fury / Arnold Turner
The 2021 Golden Globes mark the first time in the history of the award show that more than one woman has been nominated in the best director category. While the nominations — which include Emerald Fennell for Promising Young Woman, Regina King for One Night in Miami, and Chloé Zhao for Nomadland — are exciting, they also demonstrate a bigger issue in Hollywood. In the 77-year history of the Golden Globes, outside of the current nominees, only five women — Ava DuVernay, Barbra Streisand, Jane Campion, Sofia Coppola, and Kathryn Bigelow — have been nominated for best director, with Streisand being the only winner, for 1984's Yentl.

It's been six years since DuVernay was nominated for Selma, and it's not like women haven't been making movies in the meantime. So why does it feel like the Golden Globes are so averse to recognizing women for their directorial work? It's no secret that they are vastly underrepresented, with women directors only representing 16 percent of the 100 highest-grossing films in 2020, 12 percent in 2019, and four percent in 2018, but that doesn't mean governing bodies like the Hollywood Foreign Press Association can use those statistics as an excuse.

"It's no secret that [women directors] are vastly underrepresented . . . but that doesn't mean governing bodies like the Hollywood Foreign Press Association can use the statistic as an excuse."

In the six years since DuVernay's nomination, we've seen snubs to Greta Gerwig for Lady Bird and Little Women, Lulu Wang for The Farewell, Olivia Wilde for Booksmart, Lorene Scafaria for Hustlers, Marielle Heller for Can You Ever Forgive Me?, and Dee Rees for Mudbound; and that's only the beginning. The fact that this list could go on is ridiculous and extremely sad. It also disproves the argument that "there weren't any noteworthy female directors that year" that people seem to throw around when the category skews male. Not only is it sad that the Golden Globes are just now making history for nominating three female directors, they're also just now making history by nominating the first-ever Asian woman in the category with Zhao and the second Black woman and fifth Black filmmaker in the category with King. Both King and Zhao are very deserving of their nominations, but they shouldn't be history-making. These historic nominations prove that the HFPA needs to continue branching out when it comes to the films they choose to nominate or shower accolades on. They need to step outside of their box and their experiences in order to give those that deserve recognition their due.

"The issue isn't that women haven't been making award-worthy films, the issue is with the system that nominates them."

The issue isn't that women haven't been making award-worthy films, the issue is with the system that nominates them. Why else would Natalie Portman have gone off-script to point this out during the 2018 Golden Globes by saying, "And here are the all-male nominees." She was tired of it then, and we're still tired of it now. We're glad that there seems to be progress and that deserving directors like Fennell, King, and Zhao are finally being lauded for their work. Only time will tell if this is actual progress or if the category will revert back to an all-male group next year. Until then, here's hoping the 2021 Golden Globes will have another historic moment: the second female director to win in the category.