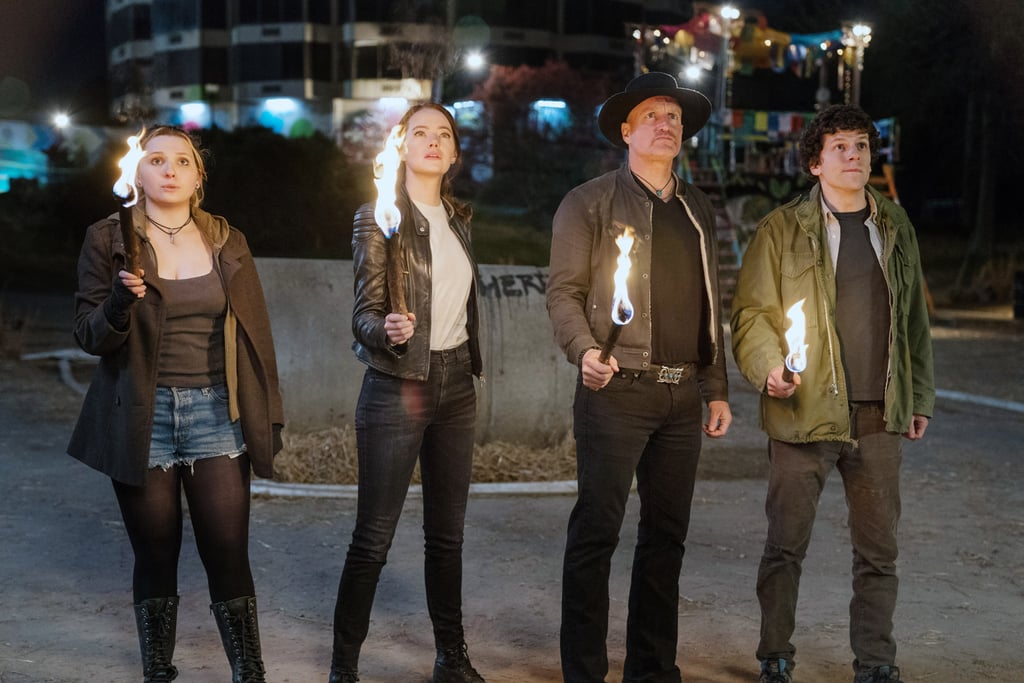 Meet All the Stars Nutting Up (or Shutting Up) in Zombieland: Double Tap

It's been 10 years since we first visited Zombieland, but it's very nice to see the familiar faces of our favorite zombie slayers in Zombieland: Double Tap. The follow-up to the 2009 zombie comedy brings back the core gang including Columbus (Jesse Eisenberg), Tallahassee (Woody Harrelson), Wichita (Emma Stone), and Little Rock (Abigail Breslin), and introduces a score of new survivors who are just trying to make it in this crazy, post-apocalyptic world.

From Zoey Deutch's pink-clad Madison to the kickass Nevada played by Rosario Dawson, keep reading to meet all the new stars making their debut in Double Tap and who might be returning in possible future installments. Then get ready to nut up or shut up when Double Tap blows into theaters on Oct. 18.