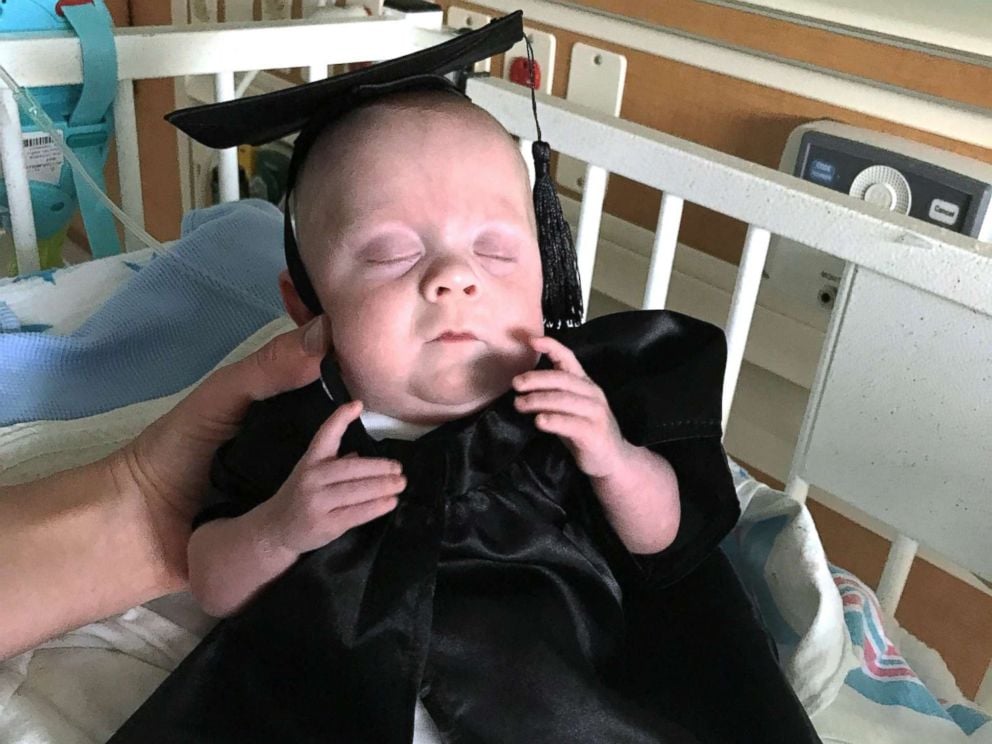 After being born at just 22 weeks old and weighing only 13.9 ounces, little Cullen Potter had a long and hard road to recovery ahead of him. But after a 5-month-long stay at USA Children's & Women's Hospital in Mobile, AL, Cullen was finally ready to go home with his family. And his parents Molli and Robert Potter knew they had to celebrate in a big way: by having an official NICU graduation ceremony complete with a cap and gown Molli bought from a Build-A-Bear store.

Molli told POPSUGAR that she got the idea to use Build-A-Bear clothes while running an errand with her son. "I took my oldest son there to get the Jurassic World dinosaur and when we were there I joked with my husband that our son fit the clothes," she said. "Then I saw the graduation outfit, and of course, had to have it." 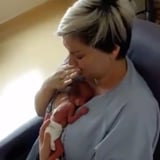 For Molli, who was on bed rest for three-a-half weeks, the process was beyond stressful. After being told by her local hospital that they wouldn't deliver a baby before 24 weeks, she and Robert had to call 16 different hospitals to find one that would deliver Cullen at just 22 weeks.

Renee Rogers, the NICU nurse manager, said that while the hospital usually does send-offs for preemies when they're released, the cap and gown was definitely a creative spin.

"We were told he had a two-percent chance to live. Well, here's our two percent. Perfect in every way."

"Our families spend a lot of time here and we become family with each other," Renee told NBC News. "When it's time to go home, it's emotional not just for the families but for the staff as well."

Although Cullen left the NICU weighing only six pounds after his 160-day stay, that was some serious progress, according to his mom's Facebook post. "We were told he had a two-percent chance to live," she wrote. "Well, here's our two percent. Perfect in every way."

Now, the Potters are enjoying the time they get to spend with their new bundle of joy. And although he is still on a minimal dose of oxygen, Cullen has no complications otherwise. "We're relieved to have everybody home together," said Robert. "With everything that could have happened, he is here and thriving."

John Krasinski
In Another Episode of Some Good News, John Krasinski Arranged an Epic Hamilton Reunion
by Brea Cubit 1 day ago

Steph Curry
See Steph Curry's Baby "Work Out" in Their Home Gym: "Questionable Form but We Will Take It"
by Chanel Vargas 5 days ago

Celebrity Instagrams
Shawn Johnson's Husband Got a Haircut, and Their Baby Girl's Reaction Has Me Smiling So Big
by Chanel Vargas 6 days ago

by Hedy Phillips 43 minutes ago