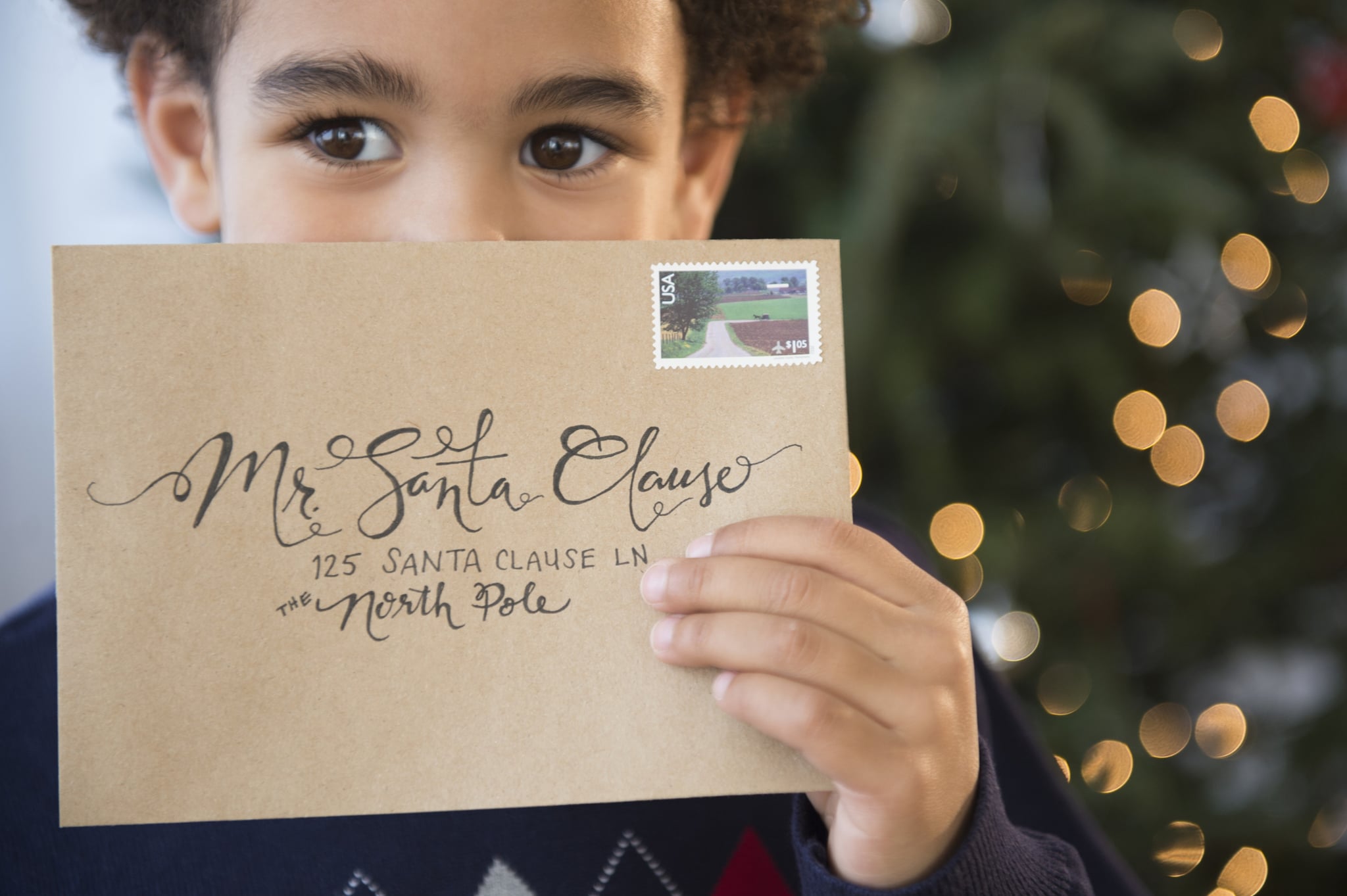 The hardest part of being Jewish on Christmas has nothing to do with piles of presents under the tree or virtually everything under the sun being closed that day. We have our Christmas traditions, too. On Christmas Eve we pop a big bowl of popcorn and sit down for a family movie marathon of Elf and Home Alone. It continues the next morning with the 24-hour marathon of The Christmas Story followed by a trip to the local movie theater for whatever movie is debuting that day (and there's always a good one!) and concluding with dinner in our favorite Chinese restaurant where the dishes are presented with a flourish that we don't see on a normal Sunday night dinner.

No, the hardest part of being Jewish on Christmas has nothing to do with the actual day itself, but with that joyous, white-bearded man who miraculously delivers presents to good little girls and boys all around the world over the course of one looooong night. While Santa may be the source of joy and happiness to your children, he's the reason for a lot of questioning in my home.

Not wanting to be the parent of the child who "breaks the news" about Santa, we perpetuate the story to our children each year. They hear stories on the playground about Santa delivering exactly what their friends want each year. That he actually ate the cookies they put out. That he even left footprints on the rug! This inevitably leads to conversations about why Santa doesn't visit us.

Child: "Why doesn't Santa visit us?"
Parent: "Because we're Jewish, and Santa doesn't visit kids who aren't Christian."
Child: "How does he know we're Jewish?"
Parent: "Santa just knows."
Child: "Does he ever make a mistake?"
Parent: "I don't think so. Plus, we have a mezuzah on our door, so it tells him that we're Jewish."
Child: "What if we take it down for the night. Do you think we can trick him?"
Parent: "What's that? I think my phone's ringing. I have to get that!"

We've found ways to preserve the Santa story, without getting too involved in it, because in my mind the worst thing that can happen is my child telling your child that it is all a myth. But as my kids get older, they're getting skeptical.

My 9-year-old came home from school last week — on the fifth night of Hanukkah — and told me that "that whole Santa thing can't be true." He just didn't think it made sense. A wave of panic washed over me as it occurred to me that maybe I was maintaining a myth that his friends' parents had already dispelled. The only thing worse than my child breaking the news to his friends, may possibly be him insisting Santa was real while his friends made fun of him for believing myth! What if I was being so cautious that I ended up having the only child in the group who still believed!

I quickly changed the subject asking him to get the menorah ready for the night while I texted his friends' parents to get the lowdown on Santa. Consensus was that most of the kids still believe, but there are some raised eyebrows among these fourth graders.

Determined not to be the parent of the child who bursts their bubble, I'm treading carefully these days. When my son brought up the subject again this weekend, I insisted that Santa exists for those who believe. He looked at me quizzically, but didn't say anything. We're still over a week away from the big day and I know more questions are on the horizon. I'll continue to stay the course, until I hear otherwise from my fellow parenting squad. And in the meantime, I'm pre-buying my tickets to Concussion and already have my reservation for our favorite Chinese dinner.

Holiday
The 11 Best Sales to Shop This Week, According to Our Editors
by Kyley Warren 2 days ago