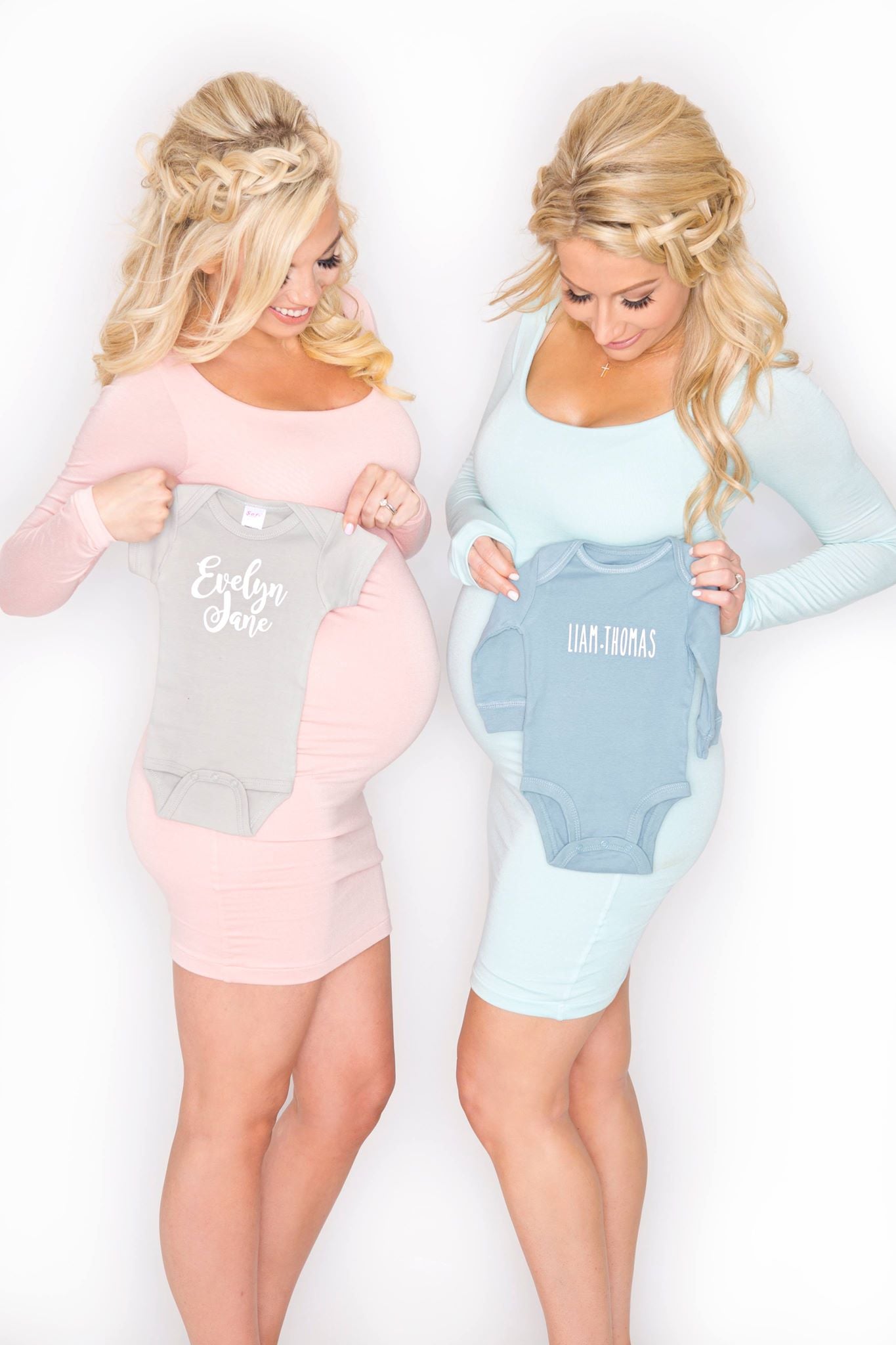 After trying to conceive for two years with her husband, Andrew, Bonnie Engle was over the moon to tell her best friend of four years, Lindsay Matway, that she was finally pregnant with her first child. Bonnie told POPSUGAR that they wanted to tell Lindsay and her husband, Billy, as soon as they found out that the pregnancy test was positive.

"The four of us went out to dinner the night before Andrew and I found out and I felt a little off the next morning, so I took a test and it was positive," said Bonnie. "I told my husband and we decided to tell Lindsay and Billy that same day."

Related:
12 Things No One Tells You About Having a Second Baby

Because the couples were so close, they didn't want to break the news to their friends in an ordinary way, so they had a little fun with it.

"We drove to Starbucks and had the barista write 'MOM' and 'DAD' on our coffee cups in place of our names and we drove by their house. They definitely weren't expecting us," she said. "We were standing in their kitchen for about 30 minutes anxiously and not so subtly taking long sips from our coffee cups before one of them noticed. Billy said, 'Wait! Mom and Dad? Are you trying to tell us something?!' and Lindsay yelled, 'Are you pregnant?!' It was the best feeling."

After spending the next few weeks celebrating with the soon-to-be parents of a little girl, Lindsay made a discovery of her own: she was pregnant again after giving birth just nine months beforehand. "I wasn't trying to get pregnant, to say the least," joked Lindsay. "Once the shock wore off, it hit me that we were going to get to be pregnant together. In that moment, I knew she would be the first one I would want to tell!"

Lindsay wanted to keep within the Starbucks theme for her pregnancy announcement and decided that a work trip to London with Bonnie would be as good a place as any to spill the beans — even though she doesn't drink coffee:

"I finally found my Starbucks, ordered a tea, and discreetly asked the barista to write 'MUM of THREE' largely across my cup since I already had two girls. I spent the next hour twisting and twirling my cup in the most obvious of ways to no avail! Finally in desperation I ran upstairs and threw on a shirt I had made before the trip that said 'Adding another pumpkin to our patch' on the front. Bonnie didn't put it together until she saw the back of my shirt which had three pumpkins on the back with the date June 2018. 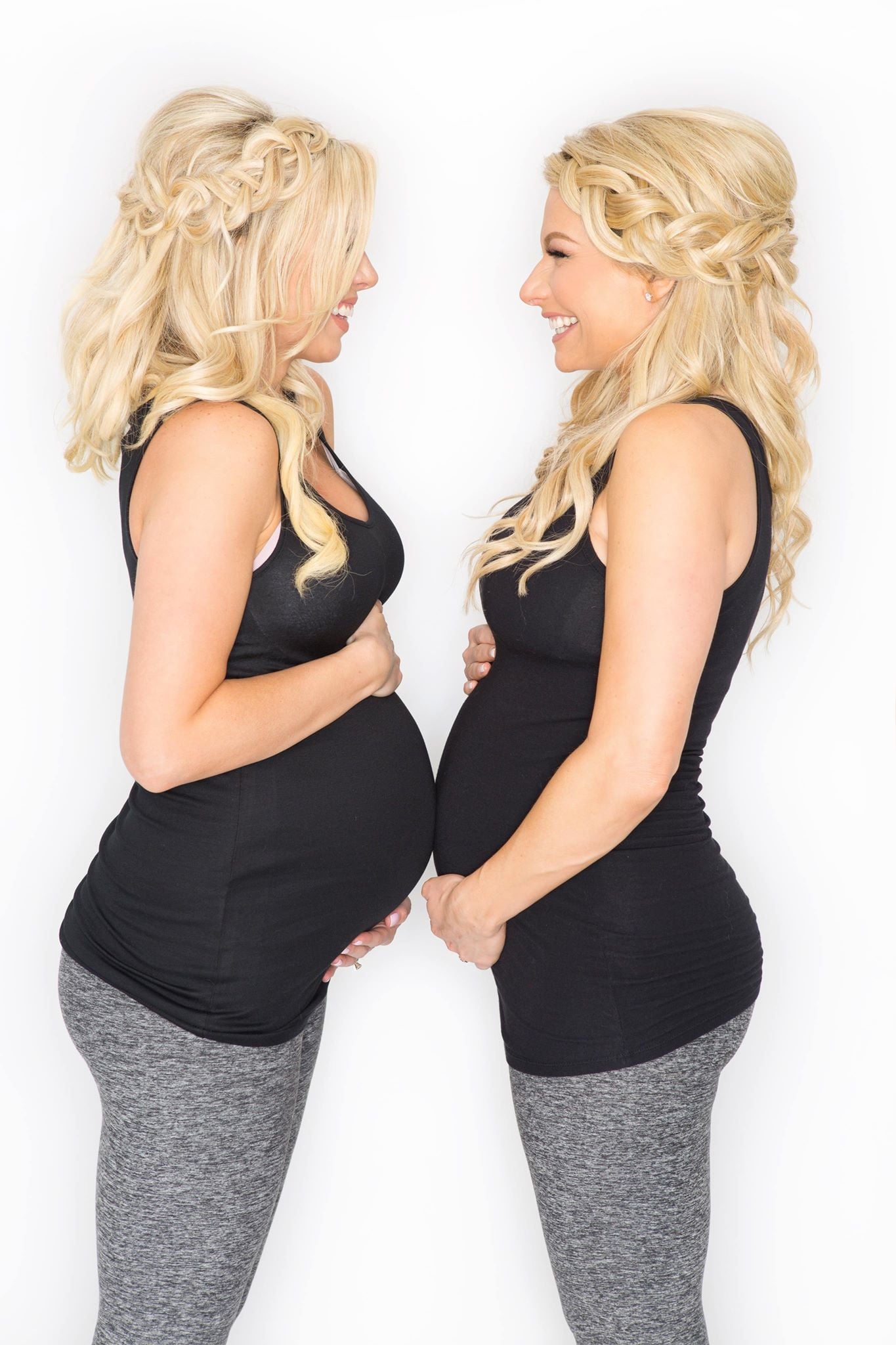 After shedding some hopeful tears, the pair of BFFs started to get excited about embarking on their pregnancy journeys together — and they admit having the support was truly comforting.

"In the beginning, my husband and I were told we lost the baby after going to the emergency room for some severe abdominal pain," said Bonnie. "[Thankfully, everything ended up being fine, but] crazy enough, Lindsay went through the exact same scare during her second pregnancy. She was the first call I made. She comforted me and put me at ease."

Lindsay couldn't agree more, but as a soon-to-be mother of three, she needed a different type of support:

"I had just come out of a previous pregnancy, so rolling right into another one back to back, like, that was daunting," she explained. "Having Bonnie to cheers sparkling water with on date nights, grab lunch with, or chat about bump woes without feeling like I was dumping on an innocent, nonpregnant friend was what I needed to keep motivated as I rocked out another nine months with this new wombmate!" 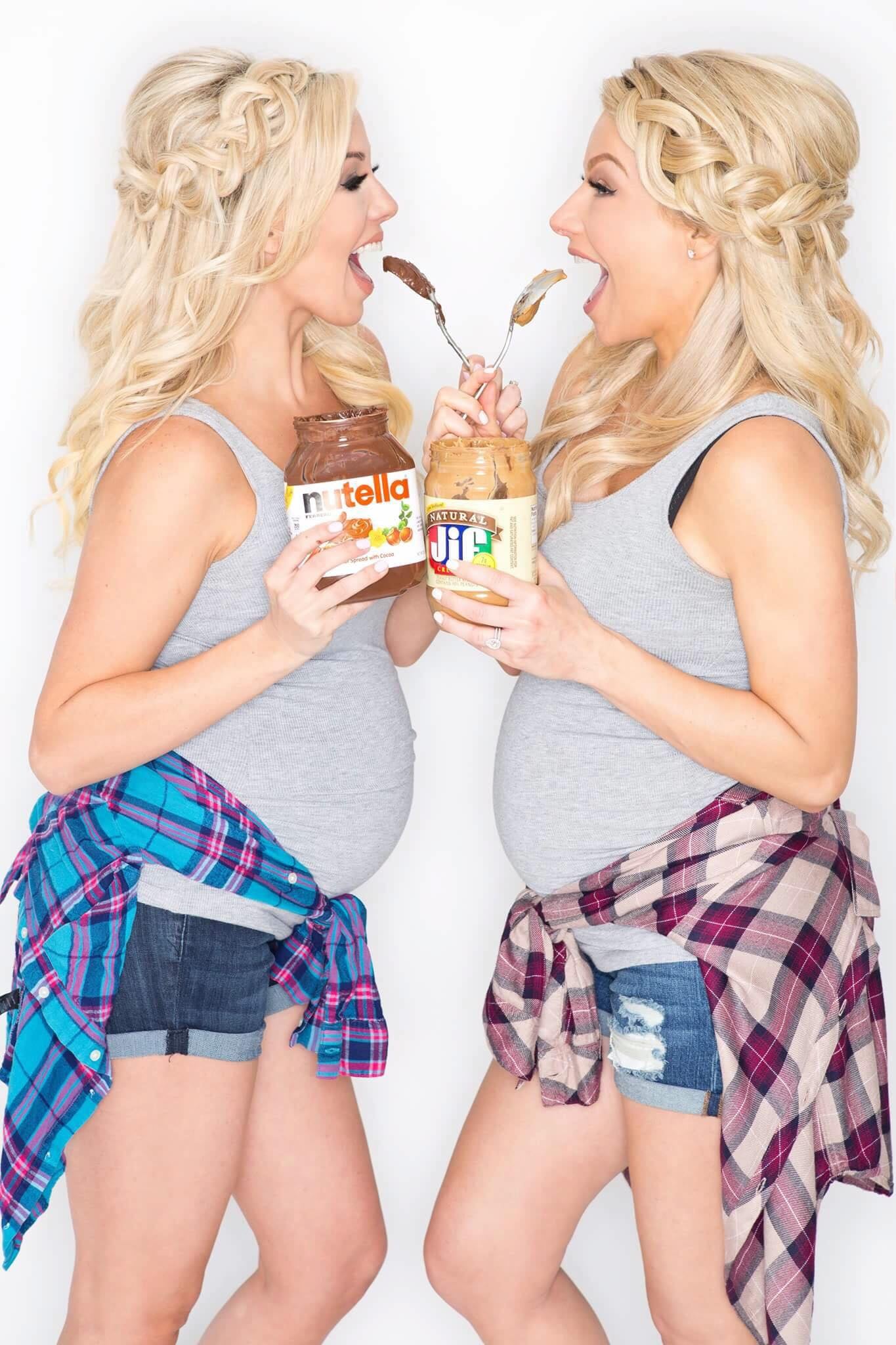