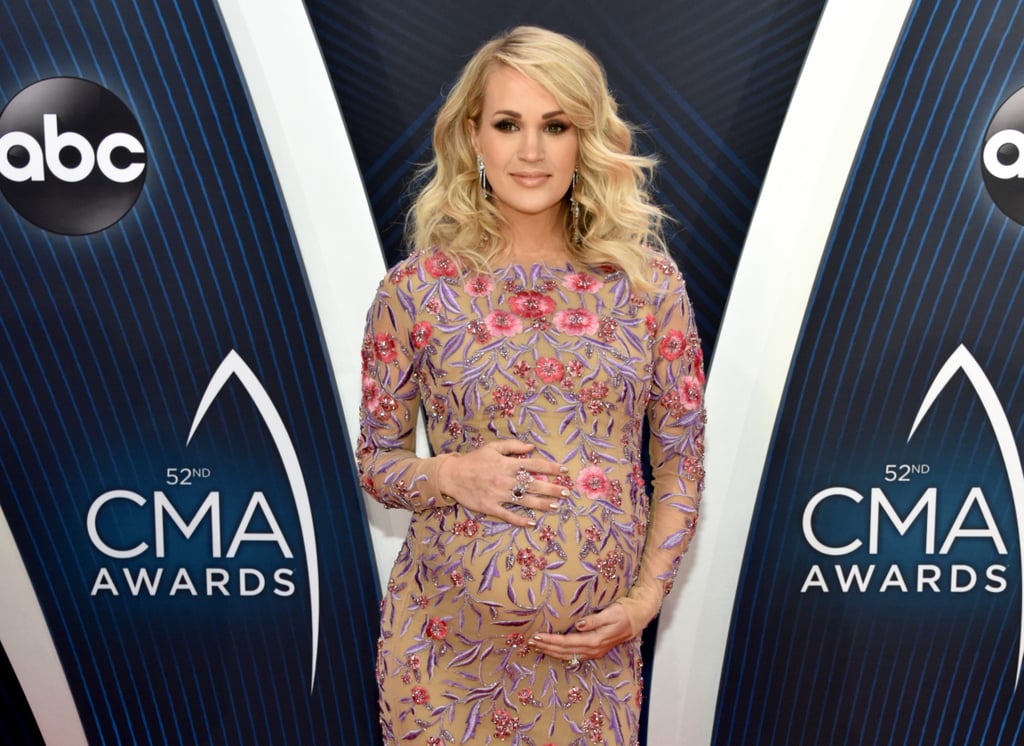 Carrie Underwood is feeling the effects of pregnancy insomnia while awaiting the arrival of her second baby with husband Mike Fisher. The 35-year-old singer sent out a couple 2 a.m. tweets on Dec. 21 begging her sleepless nights to go bother somebody else — like Mike!

"Go bother dads. My husband sleeps so soundly and peacefully and I've been awake for 2 hours (so far). How is this fair? Imma lose my mind!" she wrote. And that's not even the most annoying part. Carrie explained that the real kicker comes hours later, when she realized she'd treated herself to a little shopping spree.

"Worst part about insomnia = waking up this morning to see what I bought online while I was up. I just realized I spent over $600 on make up," Carrie said.

Hey, moms deserve a little pampering especially when they're not sleeping at night! Here's hoping Carrie gets a little more rest before her little boy makes his arrival next year.

Jimmy Fallon
If Anything Can Make Jimmy Fallon's Wife Laugh, It's When Their 5-Year-Old Gives Zero Effs
by Karenna Meredith 15 hours ago

Viral Videos
LeBron James, Judd Apatow, and Other Dancing Celebrity Families Making the Most of Self-Isolation
by Murphy Moroney 1 day ago