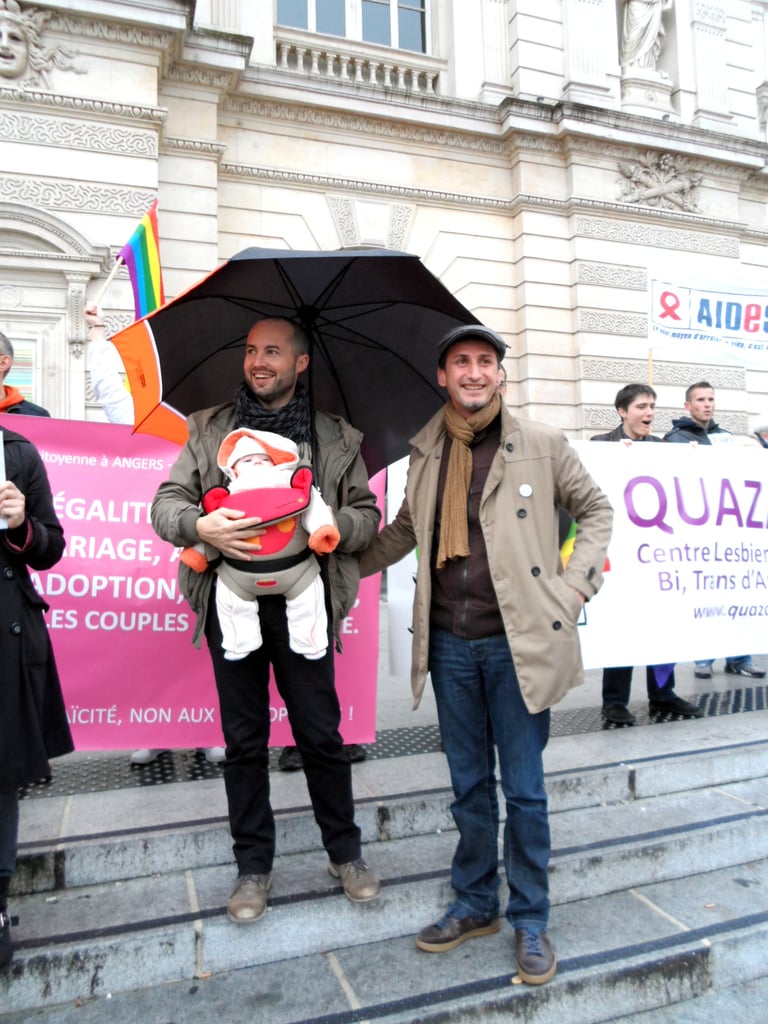 Advocates for same-sex parenting may have found some scientific support. A new study suggests children of gay couples are just as healthy and happy as their peers. Maybe even more so. Researchers from the University of Melbourne in Australia used a series of tests to measure the physical, mental, and social well-being of 500 children from both gay and straight couples. They found that while kids scored similarly for mental health and self-esteem, those from same-sex couples scored six percent higher in areas like physical health and family unity. Researcher Dr. Simon Crouch believes gender roles, or the lack of, may contribute to these subtle differences.

"People take on roles that are suited to their skill sets rather than falling into those gender stereotypes," Couch says of same-sex couples. "What this leads to is a more harmonious family unit and therefore feeding on to better health and well being."

To learn more about the study, read the full story on Huffington Post.

Toddlers
I Treat My Child's Schedule Like I Did My Job's Calendar and, Hear Me Out, It Works
by Lauren Manaker 16 hours ago