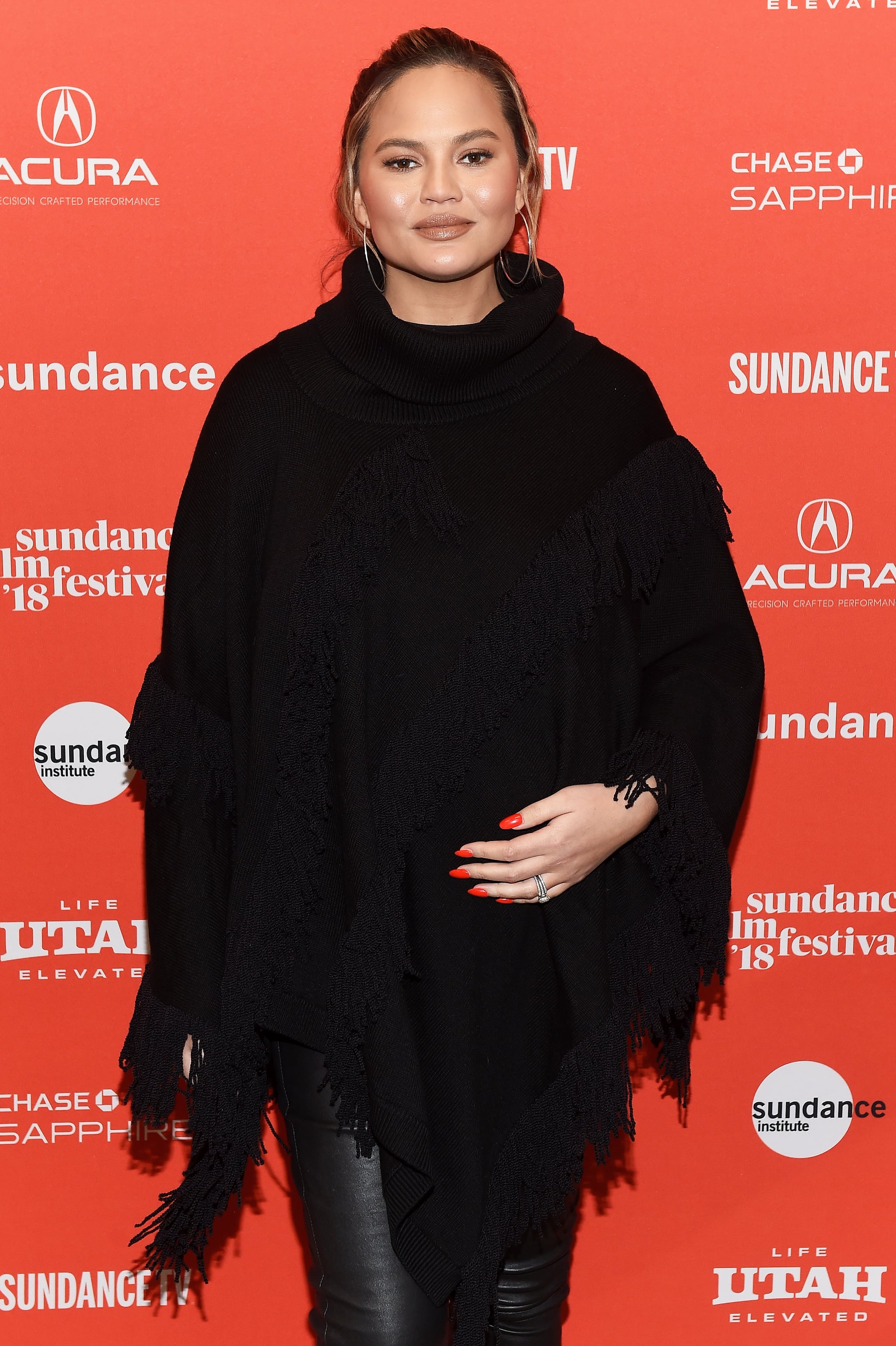 Chrissy Teigen saw the dark side of postpartum depression after the birth of daughter Luna in April 2016, but now that she and husband John Legend are expecting another child, she's prepared to combat PPD if it strikes again. During a Create & Cultivate conference over the weekend, the 32-year-old model and icon of parenting humor revealed how her struggle with the condition in the past has her approaching things differently this time around.

"Do I worry about it with this little boy? I do," she said to hairstylist and good friend Jen Atkin. "But I also know that when it does happen — if it does — I'm so ready for it. I have the perfect people around me for it. That's why I stand for a real core group of people around me."

Related:
Chrissy Teigen's "Open Letter" on Her Struggles With Postpartum Depression Is a Must Read

In the past, Chrissy explained how she wasn't going to let her fear of PPD control her hopes for another child. Now, with a baby boy due in June, her understanding of the condition is completely different than it was then. She acknowledges the importance of a close circle of friends and family during the hard times.

"I had just had Luna. I knew I had an incredible life and husband and family and all the resources necessary. I knew that I was personally unhappy, but I didn't think that anything was wrong with it because I just assumed that that's the way it goes," she said. "You have a kid, you're sad, you lose those endorphins, and that's the way it is."

Related:
Chrissy Teigen Is So Excited About Having a Boy, She Already Doesn't "Like His Girlfriend"

By speaking about PPD so openly, Chrissy truly hopes that it will not only help anyone struggling better understand it, but help the people around those struggling recognize how hard it can be. "I do wish that more people had spoken up around me," she said. "I encourage anyone who sees something around them to point it out. It took me to finally sit myself down because I think it's hard for people to point something out."

In addition to surrounding herself with loved ones, Chrissy's "real passion" for cooking helps her stay positive. "It centers me like nothing else does."

It's a really great thing when celebrity moms show the realities of postpartum depression.