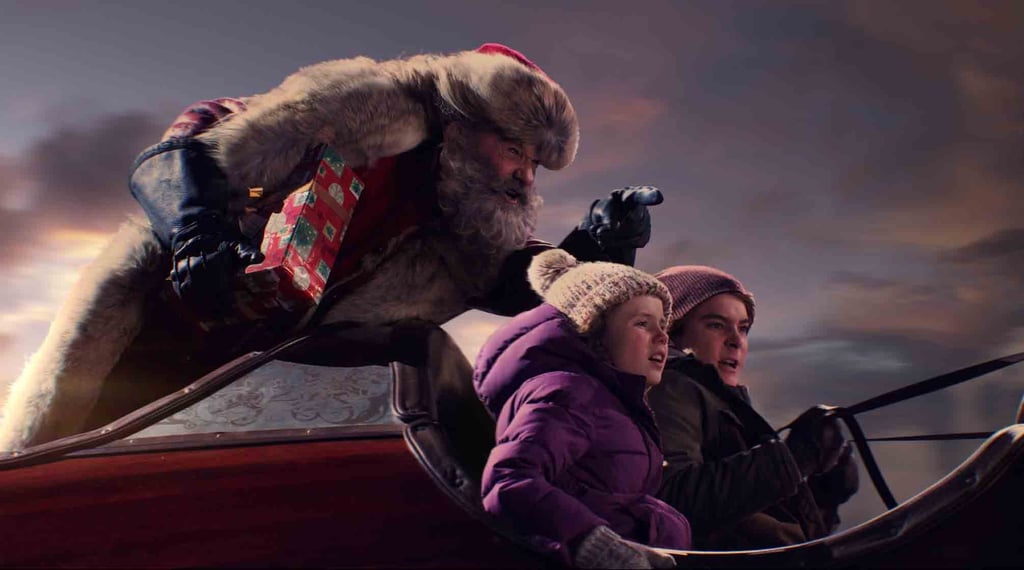 Thinking About Showing Your Kids The Christmas Chronicles? Here's What Parents Should Know

If there's anything we can count on our families doing this holiday season, it's spending a few lazy afternoons in front of the TV binge-watching Christmas movies. And while we're obviously suckers for classics like National Lampoon's Christmas Vacation and The Santa Claus, we're not opposed to checking out a new title or two. This year, Netflix released a brand new flick — The Christmas Chronicles — starring Kurt Russell, and it doesn't disappoint.

Although it's often fair to assume that family comedies starring the big guy in the red suit are A-OK for kids to watch, you can never be too sure without doing a little research yourself. Thankfully, we sat down with a big bowl of popcorn and watched the whole movie ourselves so parents will know exactly what to look out for. According to Common Sense Media, The Christmas Chronicles is suited for kiddos 10 and older, but read through for details to help you decide what's best for your squad.

Related:
Just in Time For the Holidays, Here Are the 50 Best Christmas Movies of All Time
Previous Next Start Slideshow
NetflixChristmasKid TV And Movies

Animated Movies
Arlo the Alligator Boy Is a Sweet Family Movie; Here's What to Know Before Watching
by Alessia Santoro 5 hours ago

Netflix
Things Heard & Seen: Netflix's Twisty New Thriller Is Based on a Book — Read the Spoilers
by Hailey Swint 19 hours ago