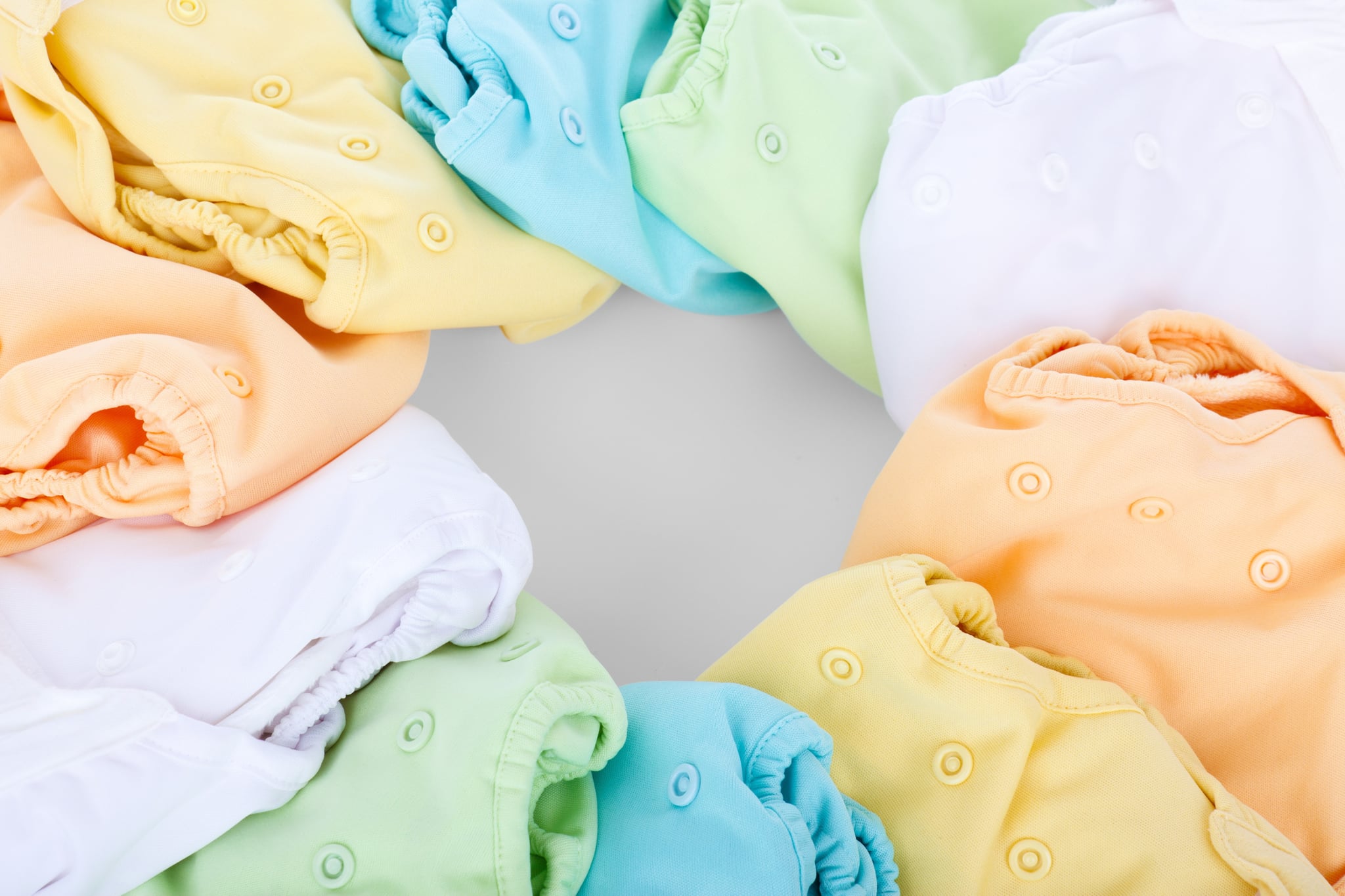 When I was pregnant with my oldest daughter, I pondered a lot of things. I researched eco-friendly toys, thought about plastic vs. glass baby bottles, and agonized over which stroller would best fit our lifestyle. I learned more than I ever thought possible about car seats and baby shampoo, but the one thing I never thought about was what my baby was going to poop in.

The hospital sent us home with a nice little stash of diapers, and after that it seemed like a no-brainer. If you have a baby, you simply head to the store and stock up on boxes of diapers, right? Wrong! When my daughter was a few months old, I learned about cloth diapers. At first, I was taken aback by the initial cost of them. Did I really need to drop hundreds of dollars on diapers and covers? One of my mom friends did the math, and she calculated the hefty initial cost of cloth diapers and the even heftier monthly cost of disposables (cloth diapering is actually cheaper in the long run, unless you're into extreme couponing, which I am not). And, because she's a saint, she lent me a stack of cloth diapers that her son had outgrown. Being able to try it out for free made it even more appealing. I was sold.

Related:
Just Days After Having His First Kid, This New Dad Has 10 Major Takeaways All Parents Must Read

When I first mentioned switching to cloth diapers, my husband was less than thrilled with the idea of tossing poop-filled diapers into our washing machine. When I told him that we would obviously rinse the diapers first, he made it clear that he would be removing himself from diaper duty. Fine. It was a small price to pay for keeping our daughter's tiny tush safe from those big, bad, disposable diapers. And we were doing our part to help the environment. At least that's what I thought. For about three weeks.

When your baby poops several times a day, rinsing out those diapers gets old fast. Then there's the fact that that mustardy poop leaves stains which are really, really hard to get out. My friend insisted that adding some hydrogen peroxide to my machine's wash cycle would do the trick, but I didn't have much luck with it. Instead, I started keeping a giant pot of hot water and OxiClean on my kitchen counter into which I would toss all of the dirty diapers. I'd let them soak overnight before tossing them into the machine first thing in the morning. It was rinse, soak, wash, dry, repeat. Every. Damn. Day. I know a lot of moms who don't mind the extra work, but I'm just not one of them. These things that I had been so excited to try became an immediate burden.

Related:
I Hired a Postpartum Midwife, and It Changed Everything

Besides being an added chore, cloth diapers are really bulky. When we were using cloth, it always looked like my baby was sitting in an overly full diaper. We had a hard time finding pants that fit properly over the giant bulge (she wore a lot of dresses for a few weeks), and while she didn't complain, I can't imagine she was comfortable.

It didn't take long to realize that cloth diapering wasn't for us. In less than a month, we gladly went back to disposable diapers. However, if you find yourself contemplating whether or not to try it, I say go for it. Between the long-term savings and the fact that they're better for the environment, I agree with the many moms who swear that cloth diapering is the way to go. If you have the time, patience, and determination that it takes to successfully avoid disposable diapers, then I applaud you. But I'll be at Costco stocking up on Huggies.