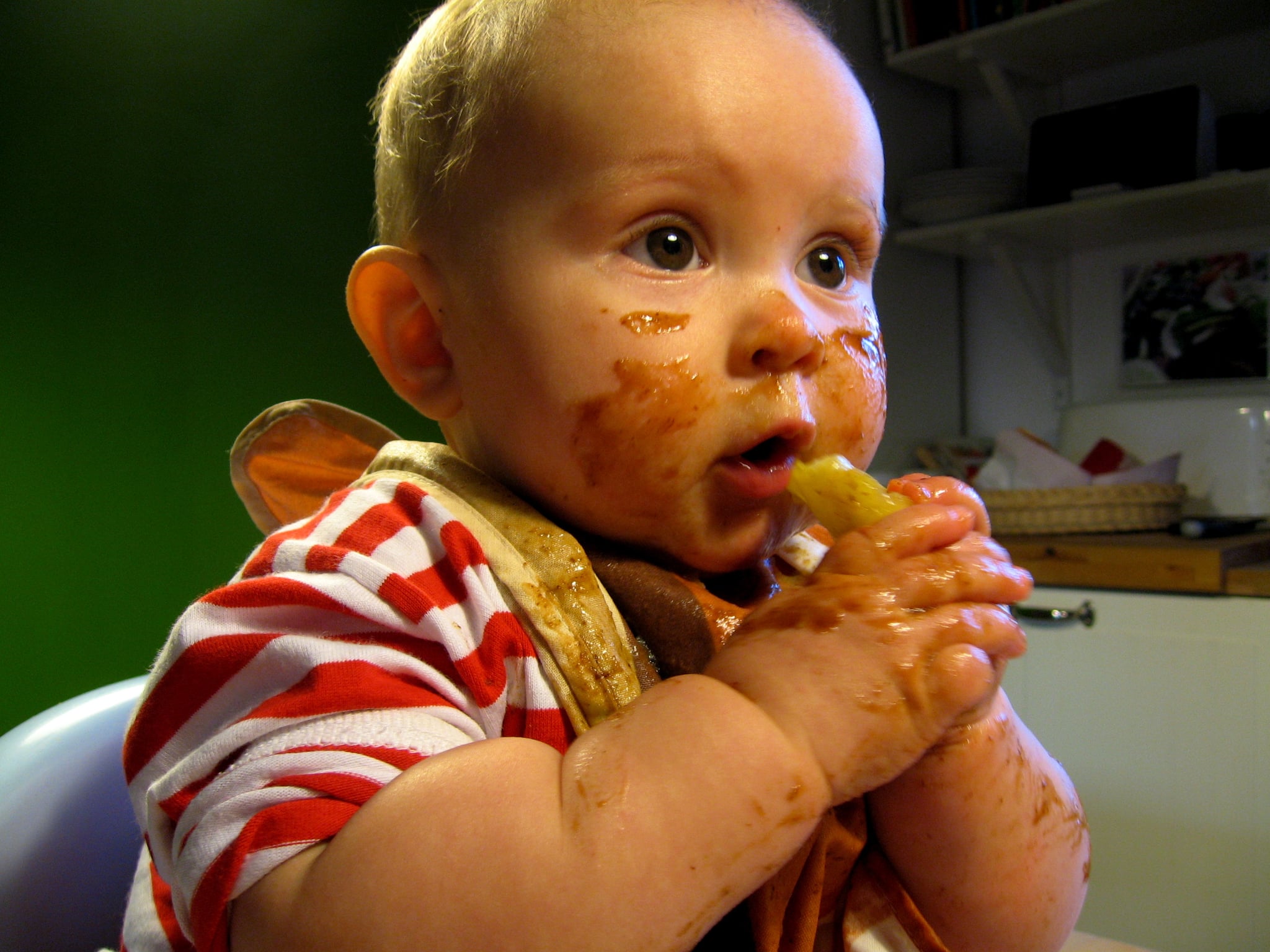 Attention, overtired parents! A study recently published in JAMA Pediatrics may offer a solution to your bedtime woes: starting your baby on solid foods.

Researchers from the US and the UK evaluated 1,303 3-month-old infants between 2008 and 2015 and had their moms either exclusively breastfeed them or introduce them to solids early. They found that the children who were introduced to solid foods like peanuts, eggs, and wheat at 3 months old — in addition to being breastfed — were more likely to sleep better than those who exclusively breastfed.

Related:
5 Newborn Sleeping Tips That Will Make Your Life So Much Easier

Gideon Lack, a professor of pediatric allergy at King's College London and a co-author of the research, said that though there wasn't a huge difference between the two categories, infants who were introduced to solids came out on top in terms of sleep.

"An added benefit (of early introduction of solids) is that it seems to confer better sleep for the children," he told The Guardian, adding: "We believe the most likely explanation for our findings of improved sleep is that that these babies are less hungry."

Although some parents deviated from the feeding schedule slightly, moms and dads in the breastfeeding group introduced their babies to solids, on average, at 23 weeks (about 6 months old), compared with the solid food set, who let their children try solids at 16 weeks.

The researchers also discovered that infants who were eating solids slept an average of two hours more per week at 6 months old than babies who were breastfed exclusively. Moreover, the study found that 6-month-old babies who were eating solids were 9 percent less likely to wake up in the middle of the night, compared with breastfed children of the same age. Parents who opted to breastfeed were also twice more likely to report a serious issue with their infant's sleeping patterns.

However, though the researchers believe that kiddos who eat solids are most likely less hungry throughout the night, which would make any mom want to reach for the bananas, the study's findings do conflict with the World Health Organization's recommendation of exclusively breastfeeding for six months.