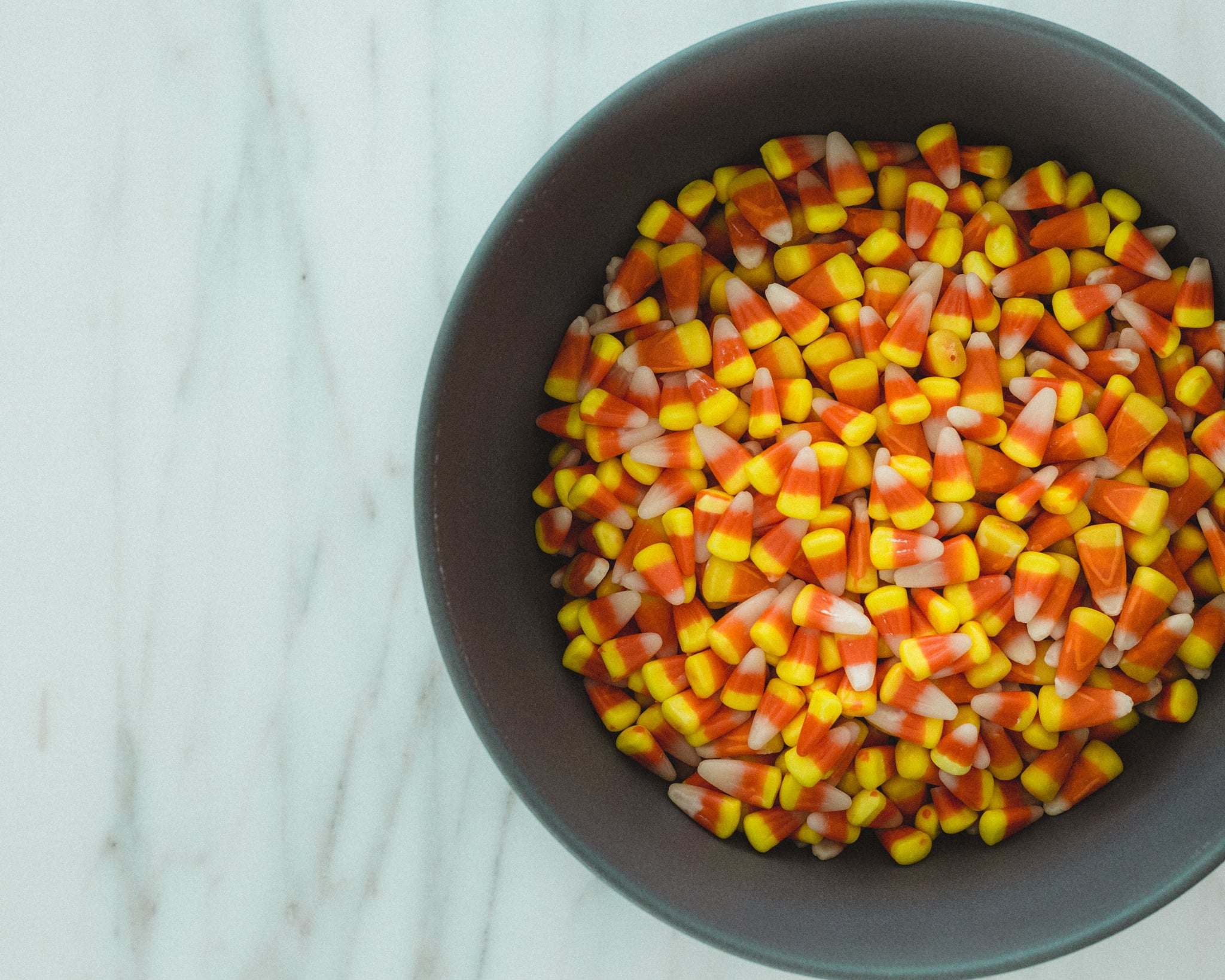 Hello! Allow me to introduce myself. I'm that super-overprotective mom who is paranoid AF. Especially around Halloween, when so many scary things can happen (literally). I need only have heard one story about one kid eating a piece of candy that was tampered with, even if it was way back in 1987 when I was a kid myself, to unleash some corporate-level quality control on my own kids' stash before they dig in.

Before my kids could so much as utter one word of protest, I had already tossed those repurposed cocoa solids in the closest garbage bin.

I operate under the assumption that a parent can never be too cautious when your children are basically taking candy from strangers. So, yes, every year, my kids have to wait while I inspect their chocolate bars and lollipops for, oh, I don't know, razor blades. If I happen to see a wrapper that isn't totally sealed (anything wrapped at the sides is gone) or looks iffy, like someone removed it and rewrapped it, or even just lifted up the edge, I toss that peanut butter cup or mini licorice pack faster than you can say "trick-or-treat."

Related:
31 Halloween Breakfast Ideas That Will Spook and Delight Your Kids All Season Long

Not that I encounter too much suspicious candy, but believe me, it's out there. Last year, my kids brought home several chocolate eggs in Christmas wrappers. Thinking about it logically, best case scenario, that candy was 10 months old. Indeed, a quick inspection inside the red and green foils revealed some rather questionable-looking chocolate that was covered in white powder. Before my kids could so much as utter one word of protest, I had already tossed those repurposed cocoa solids in the closest garbage bin.

Here's the thing: My kids don't need all the candy they score on Halloween anyway. Their teeth are probably already going to rot out from the stuff I let them keep that's totally on the up and up. I simply fail to see the need to keep candy on hand that gives me any reason to doubt whether it's safe for my children to eat.

Related:
13 Family Halloween Costumes That Will Make You Say, "Dang, I Wish I'd Thought of That!"

Most of the time, my kids don't even notice I've edited their bounty and removed any candy I've either never heard of or that could possibly have been tampered with, no matter how unlikely. And even if they gave me a hard time, I'd tell them what my mom used to tell me: "It's better to be safe than sorry." One day, when they're parents, they'll understand.

Pregnancy
Exactly What To Pack in a Hospital Bag, According to Experts (and Parents)
by Andi Breitowich 1 hour ago