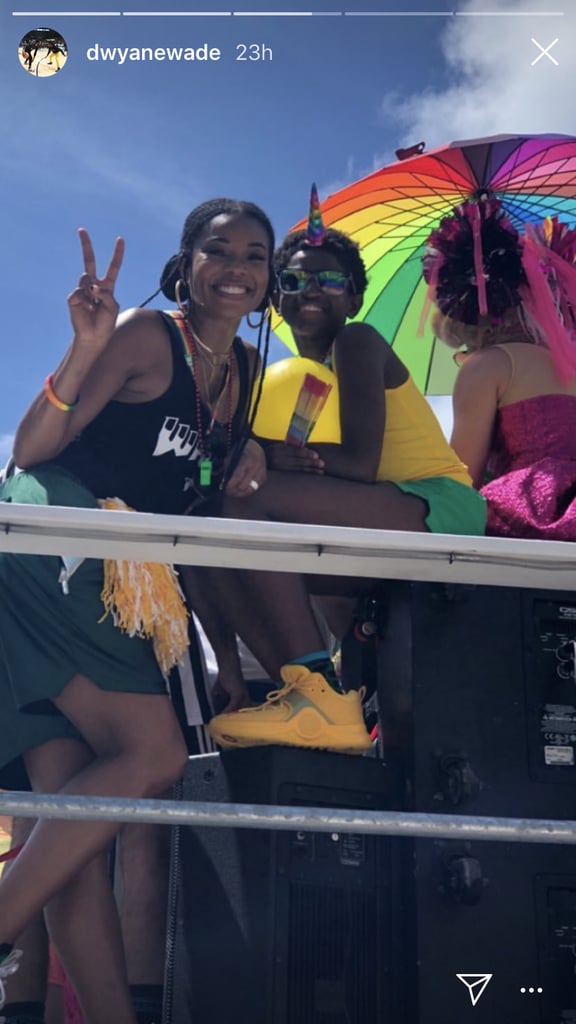 When it comes to knocking the whole blended family thing out of the park, it's officially safe to say that Gabrielle Union is a master. Over the weekend, she supported her stepson, Zion, as he marched in the pride parade in Miami, and the photos are beyond sweet. Although his father Dwyane Wade couldn't make it due to a game against the Toronto Raptors, you can bet a ton of other family members — including his older brother Zaire — were there to show their support for the 11-year-old.

And just an FYI: Zion hasn't spoken out about his sexual orientation just yet, but no matter — by the looks of the photos, his entire family is there for him regardless. Read through to get a look at some of the snapshots from the day, and try to keep from smiling ear to ear.