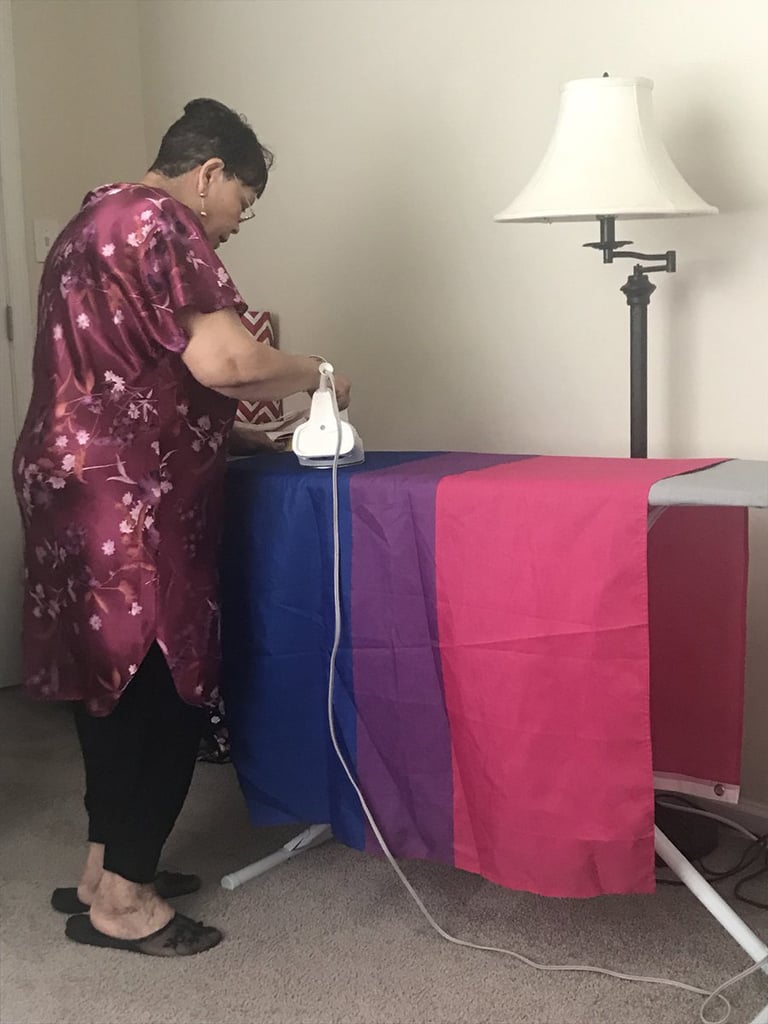 With one unassuming gesture, a grandma turned a mundane task into a meaningful display of acceptance for her granddaughter. Lexie Nobrega, a college student usually living in Virginia, was visiting her grandparents before the D.C. Pride parade when her grandma walked into her room and realized that Lexie's Bi Pride flag needed some extra love and care.

According to a series of now-viral tweets, Lexie's grandmother noticed her Pride flag was a little wrinkly and needed to be pressed before the the event, so she took it upon herself to iron it out.

"Such a simple gesture, but it holds so much love and meaning for me," Lexie tweeted. She explained that it took her years to come out to her grandma because she was afraid she'd be viewed differently, but "nothing changed." Lexie's grandmother accepts and supports her, which continues to teach Lexie to be accepting of all people in return.

This heartwarming story couldn't stay under-the-radar for long, and once it exploded on Twitter, other individuals responded with praise for Lexie's grandma and emotional coming-out stories of their own. Due to the overwhelming response, Lexie tweeted another photo with her grandmother, encouraging the world to "see how beautiful she is." See the photo Lexie revealed below, along with a snap of her and the famous flag, and then read on for more tender responses from people her story touched. You may want to keep some tissues nearby, just in case.

Celebrity Quotes
JoJo Siwa Has Never Been Happier Than She Is Living Her Truth: "I Am So Proud to Be Me"
by Grayson Gilcrease 6 days ago