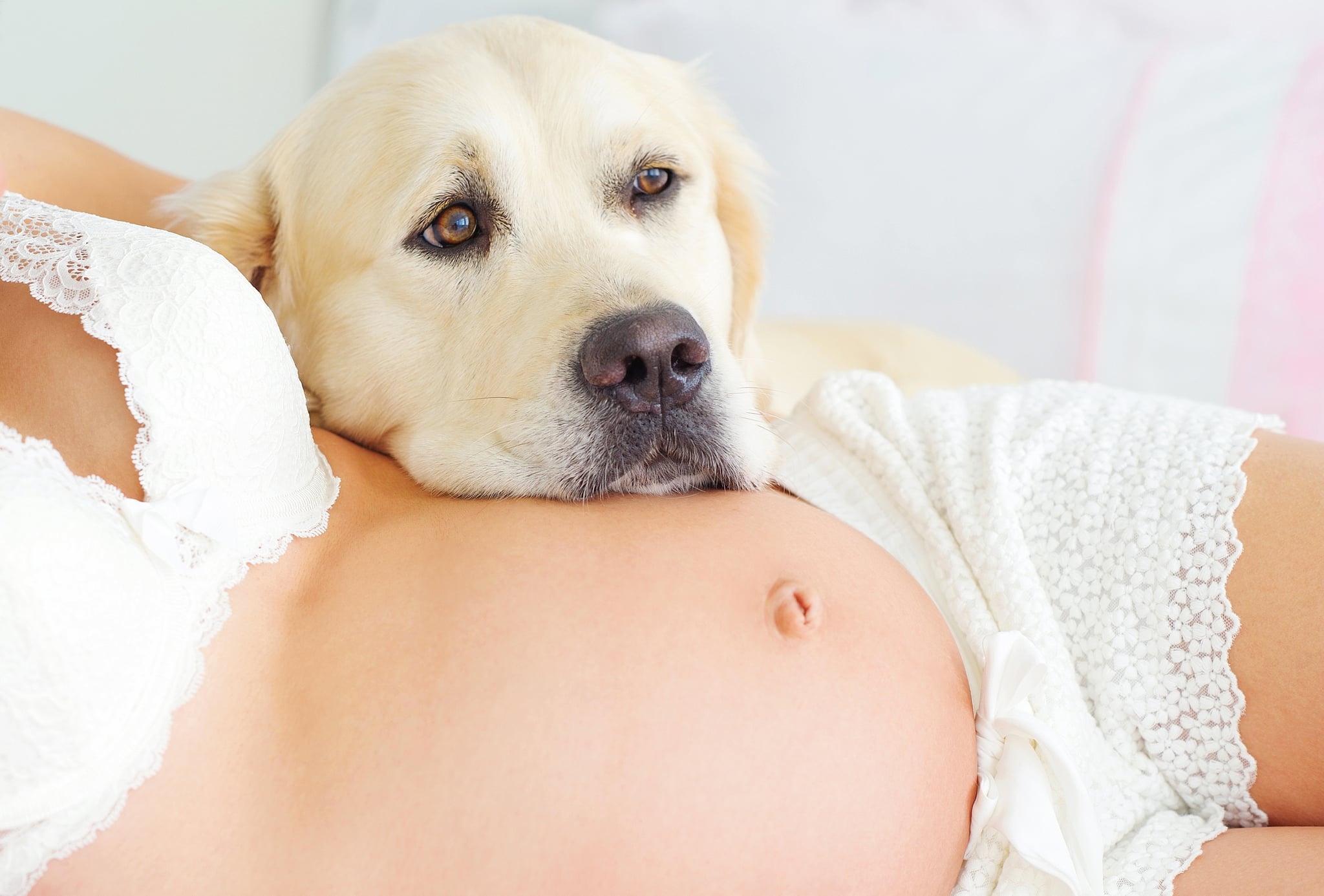 While your beloved dog most likely doesn't understand that in nine months there will be a tiny human sharing your love, there's a good chance your fur baby knows that things are changing — sometimes before you even do.

From flooding hormones to slight differences in routine, it's more than likely for your dog to pick up on changes before you're even sporting a bump. "Although it hasn't been scientifically explored, it's within the realm of reason," Jennie K. Willis, an applied animal behaviorist, told Animal Planet.

Not only is it likely for an astute canine nose to pick up on your new smell thanks to the increase in hormones, but you might also see him or her change their behavior toward you. "It's common for dogs to go on alert and become overprotective of their expecting owner from the very beginning of her pregnancy," Nikole Gipps, an animal behaviorist, wrote for BabyCenter. "I've worked with dogs that growled, barked, or blocked doors with their bodies to prevent other family members — even the baby's father — from coming into the same room as the mom-to-be."

Here are some changes that pups can pick up on:

While no parent-to-be reacts to the life-altering news in the same way, neither will your pet. As dogs pick up on these minor differences in your mood, posture, scent, and routine, they can start acting out if they feel neglected. "To help your dog understand that you still love him, be careful of the messages you send through your body language," Gipps explained. "Pregnant women often unconsciously place their hands over their stomachs, and dogs read this closed-arm posture as saying 'I'm unavailable' or 'step back.'"

Pregnancy
Shawn Johnson Is Expecting Her Second Child! See How She Surprised Her Husband With the News
by Murphy Moroney 21 hours ago