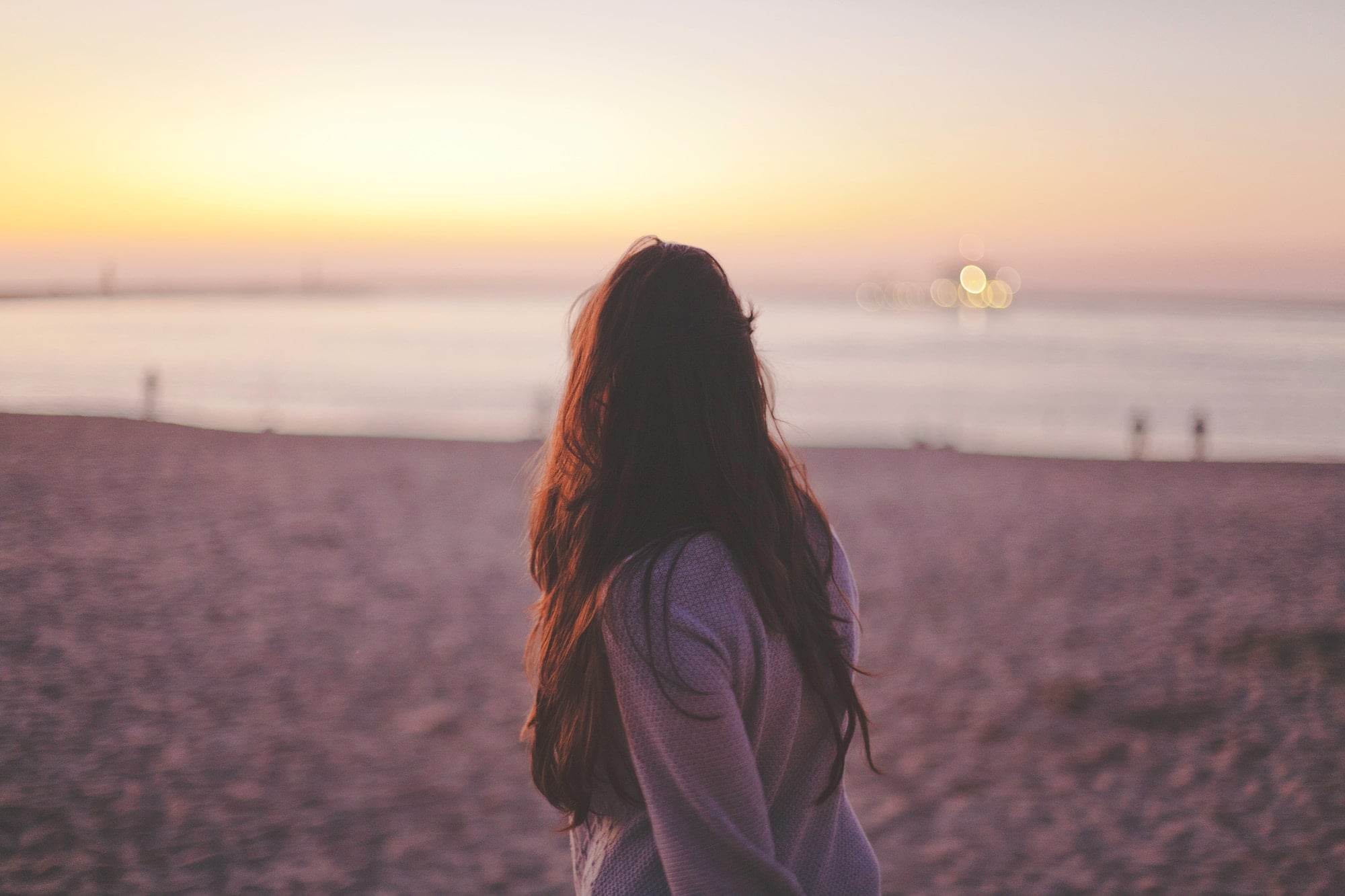 Deciding to end any relationship is difficult, but the stakes seem particularly high when you're married. I decided to end my marriage after four years, and two of those years were spent in deliberation about what to do. Ending a marriage is rarely a black-and-white decision, and anyone who has been through it knows that the process of leaving is often muddled by outside opinions, societal pressures, and an inertia that makes breaking up significantly harder than it is if you're not legally bound to each other.

But despite all of the doubts, the back and forth, and the fears that arose, I finally did arrive at a place where I knew I had to leave. And the key to making this life-changing decision was learning how to listen to myself. Here's what that means and how to do it if you're in deliberation about leaving a relationship.

Related:
15 Things About Divorce Only Divorced People Will Understand

I finally heard my own voice loud and clear one day in couples therapy. In our normal day-to-day lives, it's often hard to hear what our inner selves are really saying. We hear our own voice in our head every day, and a lot of the time, that voice contradicts itself. It worries about things that don't matter, and then it tells itself to stop worrying. It complains about a relationship but then convinces itself that it's being too demanding.

I realized the real problem we were facing: I didn't want to fix it anymore.

But that day in therapy, I suddenly had a moment of clarity. Instead of being in my own head, I took a step back. I allowed myself to keep talking to the therapist, but I listened in on the conversation as if I were an outside observer.

Every time our therapist offered a suggestion about how we could start to reconnect with each other, I argued against the idea. I voiced my doubts and my serious belief that his suggestion would never help us.

When my ex-husband tried to explain why he'd done the things that hurt me, I didn't respond with an open mind. As I listened to myself, I realized that no matter what he said, I always had a justification for my pain, an explanation of how he'd caused it, and a deeply held belief that neither of us would ever be able to change.

Sitting there in that therapy session, I realized the real problem we were facing: I didn't want to fix it anymore. I believe that any relationship can be salvaged if both parties want to make the relationship work. But the minute one person no longer feels like that's possible, the relationship is over.

Listening to my couples therapy session as an outside observer helped me to take an unemotional, unbiased view of the situation. I could clearly see that I was not willing to forgive and forget. I could see that what my ex-husband and I had once shared was irreparably broken and that by constantly arguing against our reconciliation while pretending I was trying to work on things, I was just delaying the inevitable, painful move that I knew had to come next: I had to leave.

Nearly three years later, I've come out on the other side, and I've never regretted my decision. I became a divorcée at 27 years old, earlier in life than many people get married. But by making that incredibly tough call, I learned an invaluable lesson: when you're not sure what you want, it takes an impartial analysis of your own thoughts and behaviors to help you determine what to do. Once you can learn to listen to yourself, and to be honest with yourself, you've taken the first step toward a new beginning — one that's more in line with what you really want.

Personal Essay
I May Never Have Kids, and I'm Actually Not OK With That
by Kit Stone 21 hours ago

by Kelsey Garcia 2 minutes ago