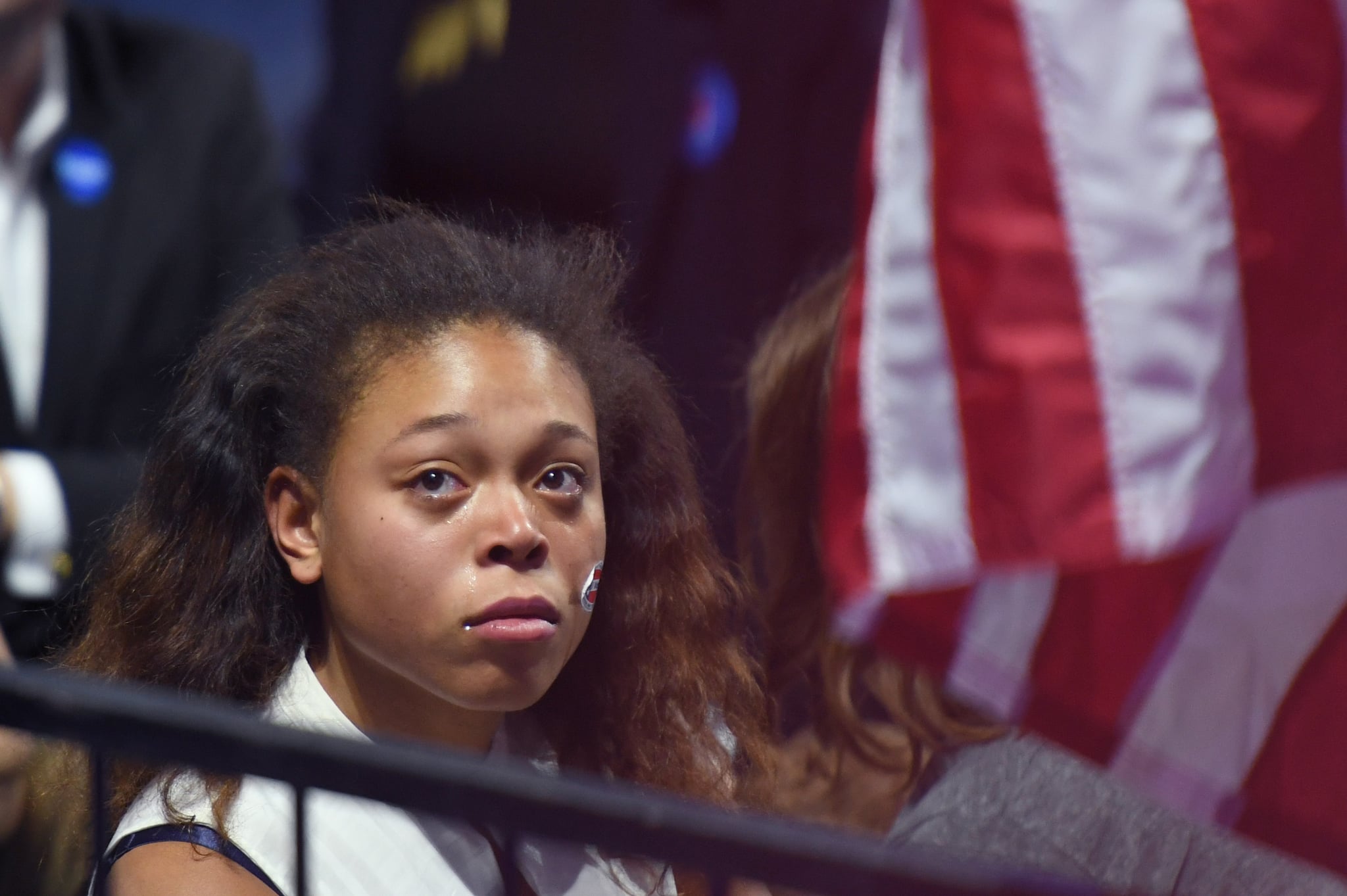 It was an election cycle unlike any seen before. That's a fact. But for parents of young children — strike that, parents of children of any age — it was a particularly difficult one. Regardless of which party you supported, how do you explain the success of a man who has bullied, belittled, and bashed virtually anyone who doesn't look or talk like him to your kids? Do you reevaluate your own moral compass?

I spent eight hours standing on the floor of what was supposed to be the Hillary Clinton Election Night Celebration in New York City last November thinking I'd go home to tell my young sons about a history-making night — a night the highest and toughest glass ceiling was finally shattered. Instead, I found myself wondering how I would tell my sons that hatred wins. That bigotry wins. That bullies win. That sexism wins.

We — parents, teachers, grandparents, and community leaders — spend so much time teaching kids the importance of inclusion and acceptance and compassion each and every day. How do we explain to them that someone who does not embody those basic principles is ascending to the highest position in the land? How do we explain to them that those values are still paramount and that the person in the highest office of all the land is an exception to the rule?

Unfortunately, I don't know the answer. What I can tell you is that when my kids wake up, I plan to hug them and tell them that everything is going to be OK. I plan to remind them that one of the hallmarks of our democracy is the peaceful transition of power every four years. I plan to tell them that in our home, love, compassion, and acceptance are still our family values and that will never change.

On CNN back on Election Night, Van Jones eloquently voiced the concern of parents everywhere. Watch his emotional speech and take it into consideration before speaking to your children about what transpired over the past year and what is to come.